Art takes the worst hotel in the world

A little more than two months after the premiere of Manifesta 14, the biennial staff and municipal workers are making an effort to recover for art spaces that evoke times that are not always exemplary. 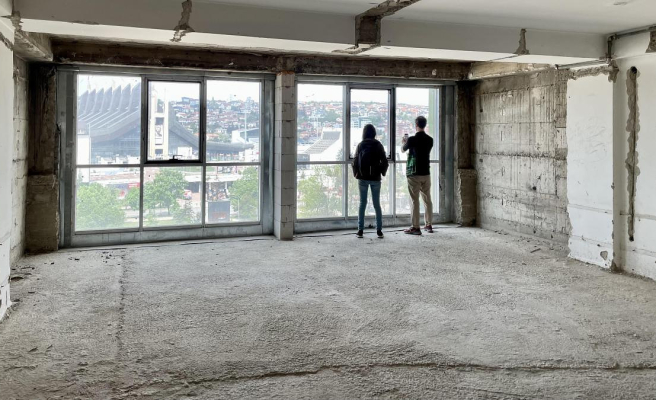 A little more than two months after the premiere of Manifesta 14, the biennial staff and municipal workers are making an effort to recover for art spaces that evoke times that are not always exemplary. This is one of the challenges of an edition that will not be like any previous one. Nor, of course, to the one that will be held in 2024 in Barcelona and ten other metropolitan municipalities.

Inside one of the most iconic venues, the Grand Hotel Prishtina, preparations take place on several floors. It is a building built in 1978 and that very soon was erected in the Kosovar lodging of the leaders of the communist Yugoslavia. Marshal Tito himself occupied a suite that remains intact.

What amazes the Grand Hotel is that it alternates filthy rooms in service with destroyed plants. The carpet has retained the smell of smoked tobacco for decades, a liquid of uncertain composition comes out of the tap and in the corners sprout bars like the Prishtina Fight Club, where a couple of fighters punched each other on Saturday in front of a mural of the Albanian hero Skanderbeg .

Architect Bekim Ramku, editor of a revealing catalog of six buildings from socialist Yugoslavia in central Pristina entitled Pristina Public Archipelago, writes: "After being the 'pride' of the city, it is now in very poor condition and it has even been described as 'the worst hotel in the world' by the New York Times.

An artist prepares an installation with the stars that the establishment once had, abandoned on the roof after the management was forced to remove them when the hotel entered an acute phase of decrepitude. It is difficult to imagine a more fascinating venue for a biennial accustomed to exploring the back rooms of the cities that host it.

Manifesta 14, the great European nomadic fair that will take place between July 22 and October 30, has set itself the challenge of claiming public space and the search for new narratives that question the future of Pristina.

One of its obvious purposes is the opportunity to inject culture and critical sense into the new foundations of a society that is in full construction phase, after the 1998-1999 war. And this line of action includes the rehabilitation of disused spaces, such as an old library that will become a center for new narrative practices. The novelty is that, for the first time, the biennial will channel funds to guarantee that an exhibition space will remain open for a few years after the event.

Another obvious function of Manifesta will be to draw lines of urban development and connection between neighborhoods. The creation of a green corridor between some of the main venues, taking advantage of an old train track, is a suggestive contribution of the biennial to the city.

But the recovery of spaces such as the Grand Hotel or the enormous Palace of Youth and Sports, built in 1975, allow a more political reading. In some way, the fact of programming art in these old symbols of authoritarian power means inviting citizens to conquer a territory that is not always accessible. In the case of Grand Hotel, in fact, the biennial will return to its walls (in photographic copies) some of the works that made up its great pictorial collection and that are now missing.

According to the organization's estimates, Manifesta can attract some 100,000 people during the hundred days that the biennial lasts. Since the entire country has barely 7,000 hotel beds, the mayor, Përparim Rama, has called on the public to open his houses.

Among the artists who will exhibit their works are three Catalans: Luz Broto, Núria Güell and Lúa Coderch, who attend with the support of the Institut Ramon Llull. Works by two highly celebrated artists in the Catalan capital, such as Chiharu Shiota and Roni Horn, will also be scheduled. In total, there will be about 50% local names, a much higher percentage than usual in other Manifestas. The organizers have considered that Kosovar artists have very few opportunities to show their work in the rest of the world, so take advantage of the fact that the world comes to Pristina to exhibit them.

Visitors will find a young, dynamic and safe city where future projects take place, beyond Manifesta. This summer, the Kosovar capital will become, in a gesture of solidarity, the accidental venue of the Odessa International Film Festival, which for obvious reasons cannot be held in this Ukrainian city.

In August, the city will host the Sunny Hill Festival promoted by global superstar Dua Lipa, a British daughter of Kosovar Albanian refugees who is credited with the phrase “you can take a girl from Kosovo, but you can't take Kosovo from a girl”. The festival has yet to announce its lineup, but expectations are high. In addition to Dua Lipa herself, Miley Cyrus performed in the last edition.

In a meeting organized by Manifesta, the young local performers Hana Qena and Lola Silaj formulate an impressive proposal to link Pristina with Barcelona: to program a duet between Dua Lipa and Rosalía. One of them says that she can try to convince the father of the Kosovar star, before suggesting to the journalist that he do the same with the mother of the singer from Sant Esteve Sesrovires. We promise that we will try.

1 BBVA, leading bank in efficiency after registering... 2 Do you know what the star of the North Station facade... 3 A liter of gasoline reaches $2.10 in Montreal 4 Ibex groups earn 12,540 million and raise income by... 5 Prince Charles in his latest book: "The Earth... 6 The Sepi subjects the rescue of Celsa to reducing... 7 "We want a sovereign Republic": the Valencian... 8 Kosovars, no thanks: the threat that weighs on Manifesta... 9 The rise in traffic will alleviate Aena's blow... 10 Isak Andic: "Opening Mango on Fifth Avenue was... 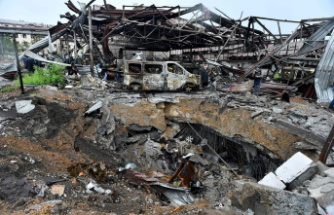 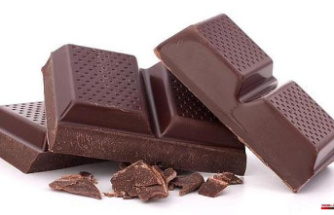 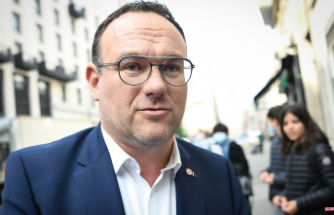 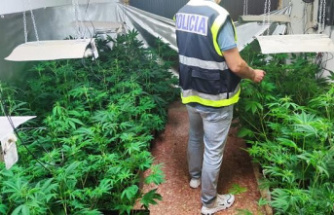 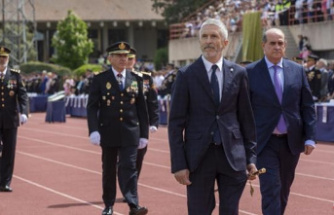 Marlaska, booed by those attending the swearing-in of the 36th police promotion in Ávila
BREAKING NEWS HEADLINES 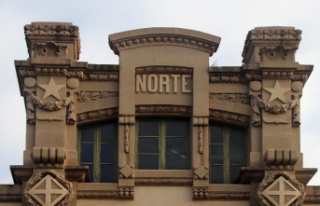