Arrested for cultivating 1,400 marijuana plants next to an institute in the Valencian town of Bétera

The Civil Guard has arrested the person in charge of a large marijuana plantation in the vicinity of an institute in the town of Bétera (Valencia). 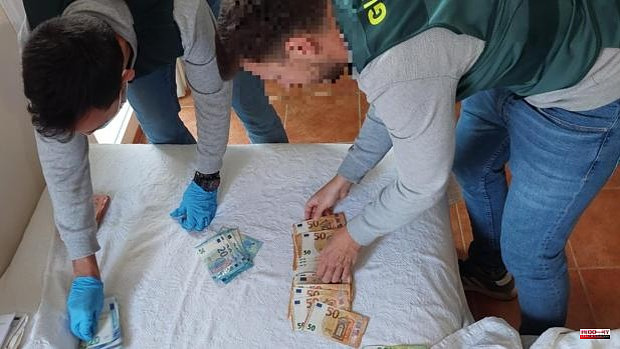 The Civil Guard has arrested the person in charge of a large marijuana plantation in the vicinity of an institute in the town of Bétera (Valencia). In the operation, 1,398 marijuana plants, eleven kilos of buds, 10,600 euros in cash, a high-end vehicle and an electric scooter have been seized.

The Civil Guard of Valencia, within the framework of the 'Lamentum' operation that began at the end of 2021, began investigations to verify a possible indoor marijuana cultivation just 200 meters from a local institute, The Armed Institute reported in a statement.

After numerous investigations and, thanks to the collaboration of the Local Police of the town, the agents have identified the person responsible for the plantation, as well as verifying that the detainee used a high-power electric scooter to hinder the work of the Police Forces and Corps. Security.

In addition, they have verified that the man, 26 years old and of Bolivian nationality, had sent remittances to his country worth more than 100,000 euros obtained illegally thanks to the aforementioned plantations, after confirming that the detainee had not carried out any work activity during their stay in the national territory.

After collecting all the necessary evidence, the judge authorized the timely search of the address, in which the existence of the plantation could be verified, in addition to a crime of electric power fraud, as it was connected to the electric network supply for the plantation development.

In the aforementioned registry, 1,398 marijuana plants have been seized in different stages of flowering, eleven kilos of buds, 10,600 euros in bills of different value, a vehicle valued at 35,000 euros and an electric scooter valued at 900 euros.

The operation has culminated in the arrest of the author of the events in the middle of this month in Bétera, who is charged with a crime against public health, a crime of electric power fraud and a crime of money laundering.

In addition, the judge in charge of the investigation of the facts has ordered his admission to preventive detention "due to the seriousness of the facts", the relevance of the substance intervened and the risk of flight. In the development of the investigations have collaborated, in addition to the Civil Guard of Valencia, the Local Police of Bétera. The proceedings have passed to the disposition of the Courts of Instance and Instruction nº2 of Llíria.

1 Bernabé Zapata, a Valencian hurricane at Roland Garros 2 Felipe VI heads the list of guests for the Champions... 3 Liverpool - Real Madrid, the Champions League final... 4 Putin is headed for a "devastating" defeat... 5 Grenoble. Traffic is disrupted following an accident... 6 Angelo Sodano is now deceased. 7 Commitment of the Board to continue supporting the... 8 Four arrested for attacking each other with sticks... 9 Enfuriated Pharmacy: "If you don't add humor... 10 Perigueux: She misses her niche, and ends up in a... 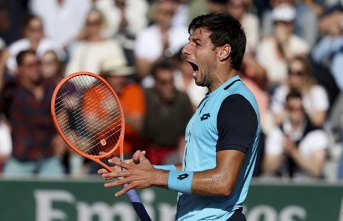