Arquillué, the one of the seven voices

In 1950 Akira Kurosawa directed 'Rashomon', a film based on a short story by Akutagawa Ryonusuke. 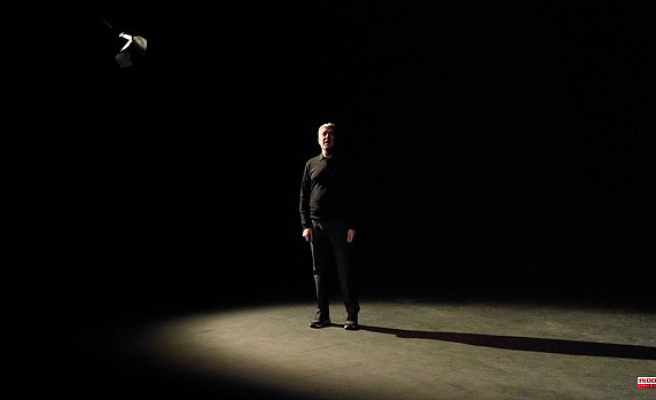 In 1950 Akira Kurosawa directed 'Rashomon', a film based on a short story by Akutagawa Ryonusuke. The story is known. The murder of a samurai told in four versions: his wife who has been raped, a bandit, a witness and the deceased himself. Josep Maria Miró, celebrated author of 'Arquímedes' principle', uses the same technique, extended to seven voices.

A seventeen-year-old boy appears dead in a country wasteland dressed only in a red swimsuit and sneakers... His body, "the most beautiful that has been found in this place", acts as Pandora's box that will reveal the dark part of the town where he lived.

On a bare stage, with the only lighting of a spotlight, without any makeup or special attire, Pere Arquillué gives a voice to the inhabitants of the place.

The corpse, the man who finds the corpse, the boy's mother, a transvestite, the school teacher, the carpentry manager... In common memory, the dead man's father, Ramis, who committed suicide. All the towns, apparently happy, are alike because in the towns everything is known. To the landscape that makes them beautiful, the miseries of the peasantry: secondary roads and forests full of used condoms where the whistle serves as a password for the furtive encounter.

Arquillué may be a woman who wanted to be the mayor's wife, but ended up staying with a dissatisfied man; the teacher who had intimate relations with the boy; the transvestite who suffered contempt and ridicule in his childhood and who ended up prostituting himself... Those who knew the boy make those ravings of desire fall on his beauty. Arquillué embodies them with the only tool of a slight facial gesture, a change in tone of voice and accent. We will know more about the father of the murdered boy and the causes of his suicide; also of the moral hypocrisy of those who attribute all evil to the roundabout on the outskirts, the 'mermaids' and the 'Moors'. Arquillué, the one with the seven voices, moves the audience with his catharsis in the shadows. Miró's text, superb and provocative. A dramatic exercise that does not leave indifferent.

1 The driver of an electric scooter crashes into a car... 2 Looking for Roberto three years later: waiting for... 3 Germany's plan to deal with a major blackout 4 The German 'Bund' hits eight-year highs 5 Nadal's 'happy birthday' in Paris 6 Another attack on the Barça shirt 7 Roland Garros Trophy: what is it made of and how much... 8 CSIF requests more staff for the Covid Emergency area... 9 Disappointment at the Shein store in Madrid: "We... 10 The new contract-program between the Board and the... 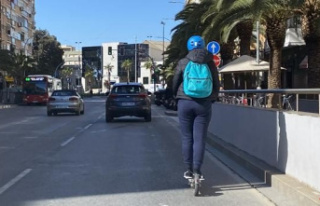 The driver of an electric scooter crashes into a car...