Quentin Vlamynck's "Arkema" has prevailed in Episode 1 of the Pro Sailing Tour 2022, held in the waters of Bonifacio (Corsica). 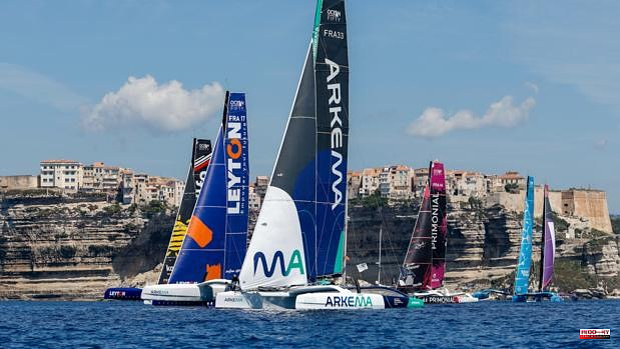 Quentin Vlamynck's "Arkema" has prevailed in Episode 1 of the Pro Sailing Tour 2022, held in the waters of Bonifacio (Corsica). On board the Arkema were the navigators Alex Pella and Antoine Gautier. After leading the provisional at the end of the series of coastal regattas, "Arkema" confirmed the absolute victory by winning the exciting 24 Hour Challenge held in the south of Corsica, ahead of "Leyton", of the British Sam Goodchild and Erwan's Koesio Le Roux, which has Pablo Santurde from Santander on board.

After almost 27 hours of competition, less than nine minutes separated the winner “Arkema”, from “Leyton” and “Koesio”. “It has been a great week at the Corsican Grand Prix for Arkema.

We have sailed with very little wind, typical of the Mediterranean at this time of year. A very technical and complicated route and the regatta has been spectacular, due to the fight we have had from boat to boat. Every half hour there was a change of leader in the regatta. I think I have never experienced a test like this, with so much contact. I want to thank Lalou and Quentin for having me for this test”, commented Pella.

This result marks a great start to the second season of the Pro Sailing Tour, the Ocean Fifty ocean racing circuit for ocean-going trimarans. Arkema is the first leader of the circuit ahead of Episode 2, which will bring together the largest fleet in the history of the class in the French port of Brest from June 22 to 26.

Alex Pella will work together with Lalou Roucayrol on the route to help Quentin Vlamynck during his participation in the Rum Route, which begins on November 6. “We will carry out this work from Dénia, aboard my ship “Galvana” and doing telecommuting. The two of us will lock ourselves away during the 10 or 12 days that the Rum Route lasts and we will be connected with Quentin throughout his journey. I already have my head set on this challenge”, said Pella.

1 The remains of Gudari Rubín return home 2 The PNV will support the audiovisual law by seeing... 3 Despite a tarnished image, Facebook remains essential 4 Hello Mbappé, goodbye Luis Suárez 5 Badalona will host the Copa del Rey basketball in... 6 They find the leader of the destructive sect that... 7 Smoke bombs, tags and firecrackers: the house of Roland... 8 Fawzia Koofi: "If the woman does not wear a burqa,... 9 Raúl García and Nico Williams, almost ruled out... 10 It's a departure for the Alliance

Fire in the stable: Nine horses die in a fire in Hamburg-Rahlstedt - the police have to redeem the burning animal

Basketball: Alba Berlin in search of "the good feeling" 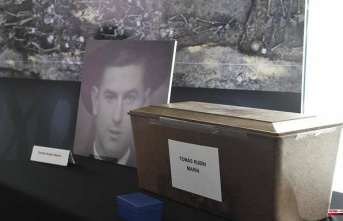