Iñaki Arechabaleta (Bilbao, 63 years old) outlined this Thursday the main lines of a project with which he hopes to seduce the member and become the thirty-third president in the history of Athletic. 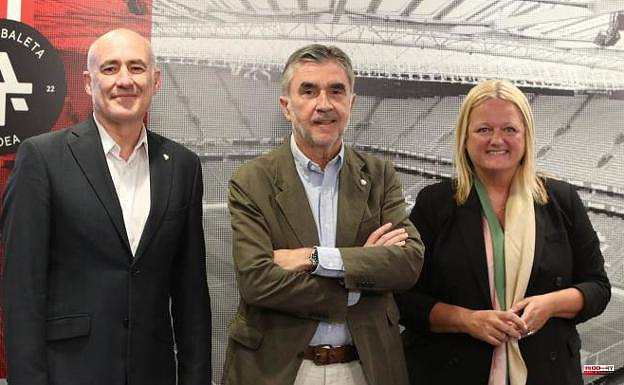 Iñaki Arechabaleta (Bilbao, 63 years old) outlined this Thursday the main lines of a project with which he hopes to seduce the member and become the thirty-third president in the history of Athletic. He has done it at his electoral headquarters, located in the center of the city, within the framework of an act that has lasted for an hour and a quarter and in which several members of his cast have been. In fact, the pre-candidate has been presented in Basque by Iñaki Goirizelaia, former UPV rector, a man who is part of his work team and symbolizes the transversality of a candidacy that Arechabaleta has defined as "ambitious and transformative". He has also been accompanied by Mario Fernández Jr. and Marta Areizaga, a member of the Tubacex Foundation, and the former José María Arrate and Txomin Guzmán have been seen. During the exposition of him, the Bilbao executive has stressed the urgent need to provide Athletic with a powerful financial muscle, bring together all sensitivities-"enough sides and fights"-and build a competitive first team. "We have to be repeatedly in Europe." Hence, he has promised short-term signings and has admitted that he is studying the feasibility of bringing in Julen Jon Guerrero, the son of a rojiblanco legend like Julen Guerrero. “If it is possible we are going to go for him”, he has advanced, in addition to revealing the interest in acquiring footballers from other Spanish clubs and the existence of a series of pre-contracts already signed.

On a well-kept stage decorated with numerous red-and-white symbols -photos, flags, shirts and even framed pieces of grass from San Mamés-, Arechabaleta has promised that he will give up his "life" for Athletic after the screening of a video in which his mother spoke of her rojiblanca passion. He has remembered that his parents made him a member when he was seven years old and that now, after a long career in the business world and with important positions in Vocento, the time has come to try to do something for the club that he has got under his skin. “I am a man of football and management. I have come to contribute my personal experience », commented Arechabaleta, who has categorically affirmed that he does not carry any label and that it would be absurd to link his business stage with the intention of presiding over Athletic. “We are going to surprise”, he has affirmed in relation to his project, already finished and pending to be shelled in future appearances. What he has stated is his commitment to professionals with a "résumé" and without a past in Ibaigane. "We are new people, who have never been to the club."

Arechabaleta has drawn its first red lines: philosophy is non-negotiable and untouchable. “It is not discussed, modified or changed. It is not a weakness, but a strength." In this sense, he has also closed the doors to the global quarry, to the diaspora, which in his opinion would "crack" a model that the candidate understands to be immovable. «It is not touched, there will be no children of. If we open the spigot... Regulating it would be difficult». His speech has pivoted on three fundamental axes: sports, which he has defined as "exciting"; economic, which he has described as "ambitious"; and social, which he has summed up as 'unifying'. The Bilbao executive has explained that he has been working on the football field for "a year" and has conveyed that Lezama must be a "world reference" in the field of training. He has revealed that the mirrors in which to look at himself are the "Ajax, Red Bull and Benfica" academies -his team has visited all three, in addition to those of Leeds and Genk- and he has also warned that the schools of "Celta, Betis, Valencia and Villarreal have passed us in technology, methodology and human resources. We cannot afford that." He has stressed that he will not have a "sports director to use because the signings are jack, horse and king, we are not a Sevilla or Real Madrid", but that he will bet on a "trainer" profile.

Arechabaleta has been very ambitious at all times in the sporting field and that is why he has promised to work to make short-term signings. "The team we have is exciting, with several young players, but we want to strengthen the squad. Improve it." He has assured that "there is money in the box" to tackle certain operations, such as that of Julen Jon, although he has insisted on the need to "be financially powerful to retain talent and take players from other places." The candidate has shown his disagreement with "budgets of 30 million losses" and has promised to work to balance the accounts. Would you give a name or surname to San Mamés? It has not ruled it out as an extraordinary way of financing -by the way, it has completely rejected joining the CVC and has supported the decision of the current board to distance itself from this fund because the "club is solvent"-, but it has made it clear that If necessary, he would submit it to the judgment of the partners.

Regarding the topic of the coach, Arechabaleta has not wanted to make public his polls or contacts with possible candidates. He has admitted that he has talked with Marcelino García Toral and has advanced that he will communicate the name of his candidate in approximately 15 days. «I have spoken with Marcelino. He is a great technician. He has made Athletic competitive, but he has lacked finishing. He is an alternative. I never said he wasn't the first choice. We are clear about the model to choose », he has commented in reference to the Asturian and the hypothetical substitutes for him. He has also wanted to emphasize the women's section, in which he cultivates the same ambition. He has confirmed the continuity of Iraia on the bench of the lionesses and has stated that the team has to "play in Europe every year". In his opinion, the girls' project "has frayed" and has offered to raise its flag at the top and be a reference in the sector.

In what he has not wanted to get wet, like the other pre-candidate, Ricardo Barkala, has been in the subject of the reform of the Statutes. He has delegated responsibility to the delegates - he is - and has argued that he does not want to "condition" anyone's vote. "I'm not going to influence the vote." Where he has slipped that there would be changes is in the way of remunerating footballers. He has been in favor of "putting variables into contracts" based on sporting objectives. “It cannot be that the player is not affected by the fact that he does not enter Europe. We have to be recurrently in Europe. It must be a goal shared by the squad, which is convinced of it. We cannot settle." He has placed in a bracket of between "10 and 14 million euros" the income that would be received for entering the Conference League, although he has advocated exploiting many more avenues of income. He has recognized that San Mamés is a powerful commercial claim and that he would like to manage it, although he has recalled that only "29%" belongs to Athletic.

1 Bustamante switches to boxing and will fight Mister... 2 The Turkish veto frustrates the 'express'... 3 Rentamarkets IM changes its name to Miralta Asset... 4 The investigation into the 'partygate' concludes... 5 Sordo (CCOO), on Yolanda Díaz's 'Sumar'... 6 Ancelotti: "I am happy because we are in the... 7 Legislative: a relative of Xavier Bertrand in the... 8 Belarra tenses the Government by demanding the emeritus... 9 Bildu is left alone in his rejection of the European... 10 First case of monkeypox in Sweden 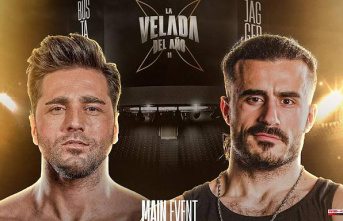 Bustamante switches to boxing and will fight Mister...