Are Parents Concerned About the New Research That Link Kids' Mental Health to Individual Sports?

In his autobiography Open, tennis star Andre Agassi wrote "If only I could do soccer instead of tennis," in a passage about his childhood. 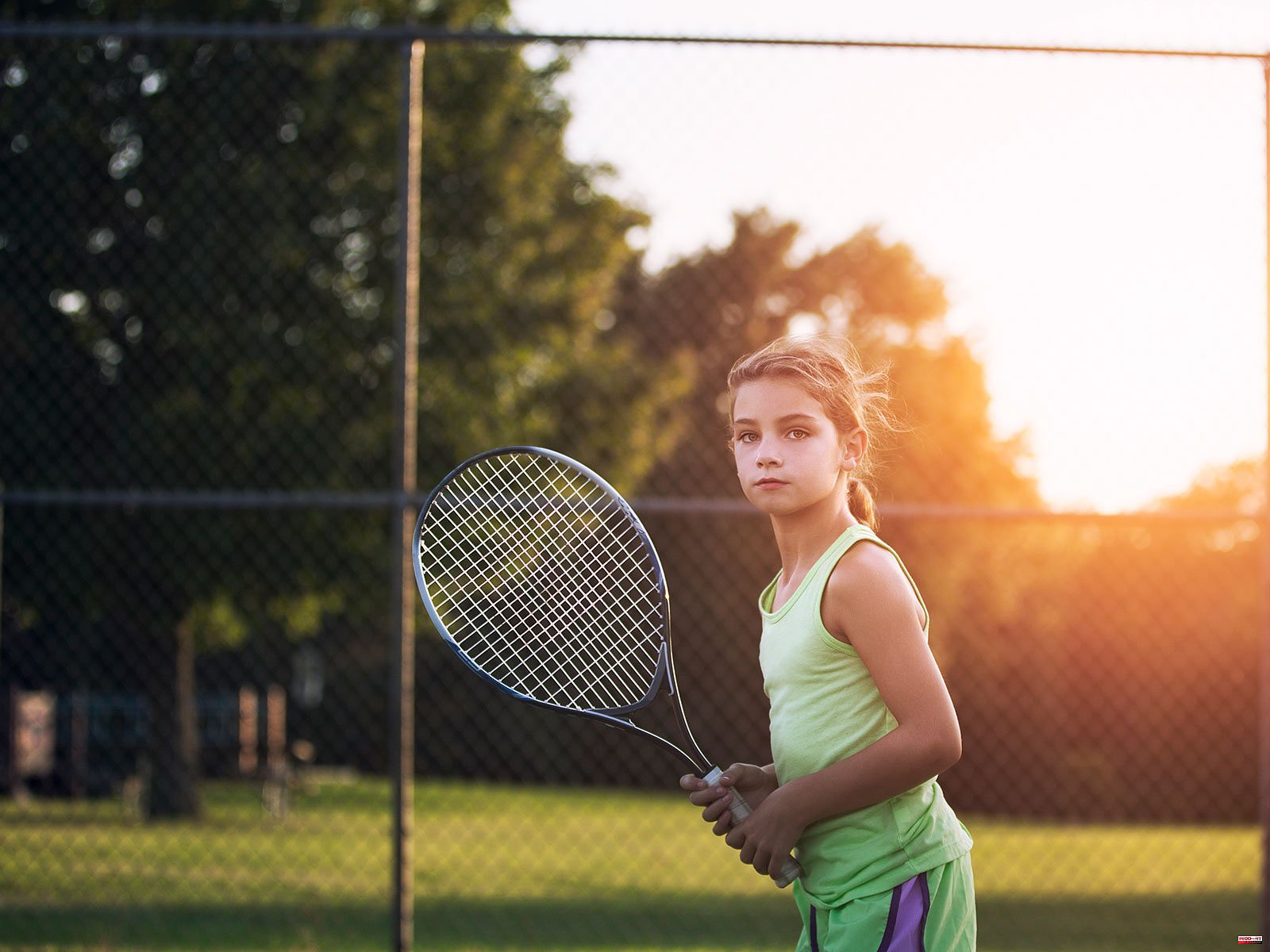 In his autobiography Open, tennis star Andre Agassi wrote "If only I could do soccer instead of tennis," in a passage about his childhood. His father forced him into a early and intense tennis specialtyization.

Agassi continues to express his desire for the "beautiful" game:

I play soccer three times per week at school. I love the feeling of running on the field, with the wind in my hair, calling out for the ball, knowing that the world will not end if it doesn't score. My fate, that of my family and planet earth, is not in my hands. My team will lose, but it won't be my fault. No one will shout in my ear. I believe team sports are the best.

A new study seems to confirm Agassi's childhood conclusion. Today's PLoS ONE study found that children who only played individual sports like gymnastics or tennis were more likely to experience mental health problems such as anxiety, depression, or trouble with concentration than their peers who did not play any sports. These issues were much less common in young people who only participated in team sports than for those who did not play any other sport. The likelihood of having mental health problems in the future was no different for those who participated in both individual and team sports.

These findings are based upon a large database that monitored the mental health of more than 11,000 children aged 9-13 from all over the United States. This is many thousands more than previous studies that attempted to distinguish the effects of individual and team sports.

Matt Hoffmann is a California State University, Fullerton sports psychologist and lead author of the study. He warns against drawing conclusions from the results. Although the study does show a strong correlation, it cannot tell us why.

It could be, for example, that children who are already more mentally healthy tend to prefer team sports or that their parents encourage them to do so. It could be that individual sports are more likely than team sports to cause anxiety in children about their performance, their body, or their appearance.

Hoffmann does not advocate removing youth from individual sports. He suggests that parents and coaches be more aware of the possibility that their children might feel stress and anxiety, and support them accordingly.

Hoffmann is a researcher who has been long interested in the impact of sports on young people's psychological health. This is partly due to studies that have shown both positive and negative associations between sports participation and mental health in adolescents and children.

Hoffmann was so excited when Hoffmann's coworkers told him that they had access to a vast amount of data from the Adolescent Brain Cognitive Development Study. They were able to tell Hoffmann that it was a natural fit for them to investigate whether children who played sports had better mental health than those who didn't. Hoffmann and his colleagues were able to distinguish between individual and team sports thanks to the data.

The data, which was released in 2020 but didn't include any observations during the pandemics, included 11,235 children and teenagers from 22 U.S. locations. The data was provided by the guardians and parents of the children. They were asked to evaluate their child's mental health with what's known as the "child behaviour checklist".

There are more than 100 items on the list, which cover eight possible mental health problems. These difficulties include anxiety/depression (e.g. "fears doing wrong") and withdrawal/depressed.

Researchers can also see which sport the children played. This allows them to divide them into four groups: only individual, team, team, mixed, and no sports. The study covered 17 sports, including nine individual pursuits and eight team sports.

Individual sports participants had scores that were opposite to those who participated in other sports: 16% higher anxiety and depression scores, 14% higher withdraw and depressed scores, and 14% higher scores for attention problems compared to peers who did not participate in any sports.

The parent-reported mental health of children who participated in individual and team sports was not significantly different from that of those who did not.

Hoffmann believes the surprise results are due to the slew of studies that have shown the psychological and physical benefits associated with playing sports. He says, "We expected that any sport, even a single sport, would confer some benefit relative to no sport at all."

Catherine Sabiston, a University of Toronto sports psychologist, wrote in an email that she wasn't surprised by the results for individual sports. "Individual sports tend to be judgement-based, weight-focused, often appearance-heightened sports that heighten social comparison, competitiveness and individual striving," she writes. "There's no one to blame or thank but you, and there's a lot of pressure to succeed."

Hoffmann recommends that parents who are involved in the sport of gymnastics or tennis can keep open lines of communication with their child's competitors to ensure their mental health. Hoffmann suggests that parents should regularly check in with their child to ensure they are not stressed out and that they are enjoying the sport. He says that it is not a good idea to assume children are enjoying an activity because they continue doing it. Hoffmann believes that sports can be a good way to introduce the topic of mental illness to children.

Encourage participation in many other activities. Hoffmann warns against making children specialists too soon, just as Agassi's father did. This was evident in Agassi's autobiography where he repeatedly stated that he hates tennis.

Rochelle Eime is a behavioral epidemiologist from Victoria University in Australia. She was not involved in the study. However, she points out that the study relies on parental reports and does not ask the children directly about their mental health. If a parent is concerned about their child's anxiety or depression due to participation in a particular sport, she suggests that they check in with their values and the principles behind why they are playing. Eime says that it is important for children to have realistic goals, and that they are focused on fun and growth and not on winning. Eime says that if adults are focused on success and winning, children may begin to put more pressure on themselves and their athletic performance.

These results could be enhanced or recast in the future when more data is released by the Adolescent brain cognitive Development study. This will continue to follow these children as they grow up and release additional data. Hoffmann says that the data from the current study shows which sports were played by the children. Hoffmann and his colleagues could then drill down to determine which sports are most associated with positive or negative mental health. However, these findings would be much weaker due to the small sample sizes of hundreds rather than thousands.

Jennifer Agans, a developmental psychologist from Pennsylvania State University, said that the study had a large sample size. This strengthens its findings. This study considers averages and every child is different. These results should be encouraging if your child seems to be prone to mental health problems or really enjoys individual sports. If your child loves wrestling, let him or her wrestle!

1 Determine which wavelengths of UV light are most effective... 2 The discovery of molecular switches at room temperature... 3 Crossbars are only for men's bicycles. Ask Our... 4 Researchers observe continuous time crystals 5 A new feedback system could increase efficiency in... 6 Air lasing: A new tool for atmospheric detection 7 An insight into the rapid emergence of magnetization... 8 Scientists observe a Majorana-zero mode lattice that... 9 Serah Reikka: What is it like to be an influencer... 10 A Montana town fights copper mine dust 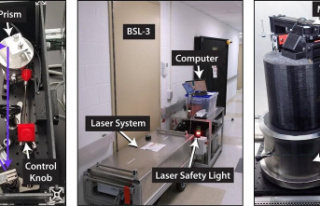 Determine which wavelengths of UV light are most effective...