Aragonès recalls that with the dismissal of Paz Esteban

For the independence movement, the dismissal of Paz Esteban as director of the National Intelligence Center (CN) is nothing more than minute peccata. 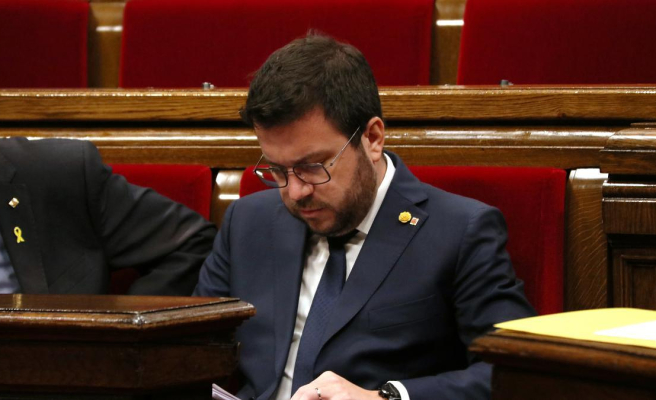 For the independence movement, the dismissal of Paz Esteban as director of the National Intelligence Center (CN) is nothing more than minute peccata. Pere Aragonès has acted this morning as speaker of this thought during the control session to the president in the Parlament. He misses greater transparency, that documentation be declassified and that it be guaranteed that espionage such as that uncovered by Citizen Lab will never be repeated. "Until all this happens, no one can consider any crisis to be nuanced or resolved," The head of the Government has expressed. A resignation that is not even considered to be of a political nature is not enough, the Head of the Government has stated. The pressure continues.

"Whoever thinks that with the decision to dismiss the director of the CNI that the Council of Ministers took yesterday, the purging of responsibilities ends, the necessary transparency that we have not yet found and the guarantees of non-repetition are achieved," he said. Pere Aragonès in response to Albert Batet, president of the Junts parliamentary group.

According to the president of the Generalitat, these three requests are far from being fulfilled. In fact, he has disdained the Official Secrets commission: "The only thing we know about is the leak to the media." For the president, it is essential that the authorizations of the judges that allowed the CNI to spy on people from the independence environment be declassified. "But also that all the information regarding the rest of espionage be declassified," he added, since in that commission 18 espionages were recognized, but Citizen Lab counted more than 60 that could be out of all legality.

Aragonès also asks for "assumption of responsibilities". Of course, since yesterday the Government and the president are taking great care to ask for resignations with names and surnames. From asking for the dismissal of the Minister of Defense, Margarita Robles, with all the letters, the Catalan Executive has now gone on to avoid it and to leave it implicitly understood under the umbrella and the "assumption of responsibilities" formula, where there is room for something more than resignations.

In any case, the president believes it is necessary to know who was involved in espionage with Pegasus and who ordered it.

1 New sentence of fifteen months of disqualification... 2 Borràs assures that Junts will submit the pact with... 3 Crisis in the Valencian government after the resignation... 4 Sánchez: "Today the gangsters are not in the... 5 Control session to the Government in the Congress... 6 “It is difficult to find in the history of the Basque... 7 The leftist coalition signs peace in Andalusia while... 8 Sanchez strikes the head of the CNI to appease the... 9 The government is going to burn the left wing 10 The independence movement feels dissatisfied and demands... 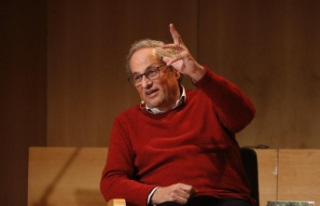