The president of the Generalitat of Catalonia, Pere Aragonès, met this Wednesday with Carles Puigdemont, MEP, fugitive from Spanish justice and former Catalan regional president, in the European Parliament. 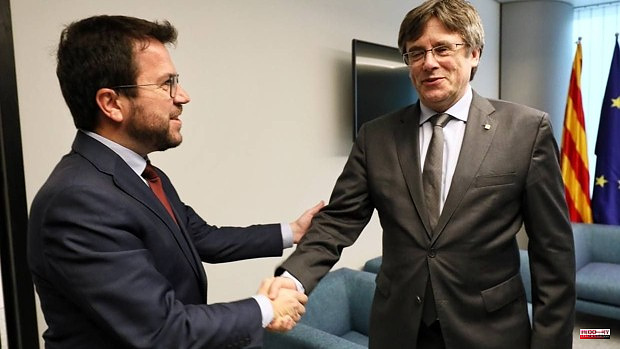 The president of the Generalitat of Catalonia, Pere Aragonès, met this Wednesday with Carles Puigdemont, MEP, fugitive from Spanish justice and former Catalan regional president, in the European Parliament. The meeting between the two politicians has taken place with two current issues on the table, such as the Pegasus espionage case and the deadline of the Superior Court of Justice of Catalonia (TSJC) for the Generalitat to apply 25% of Spanish in all community classrooms.

In addition, this Wednesday it became known that the European Parliament's Legal Affairs Committee yesterday did not verify the MEP minutes of both Puigdemont, Toni Comín, Clara Ponsatí and Jordi Solé, so they could lose their prerogatives as parliamentarians (right to vote, salary, budget for personnel...), according to Juan Castillas and Mariano Alonso.

An issue that both the president of the Generalitat and the 'expresident' will have dealt with in their meeting.

Aragonès, who has traveled to Belgium today and will return to Barcelona tomorrow, will be seen, also in the European Parliament, this Thursday, with six more Catalan MEPs: Ernest Urtasun (Catalunya En Comú Podem), Solé and Diana Riba (ERC), Ponsatí and Comín (Junts) and Javi López (PSC). According to the official public agenda, no other meeting of the President of the Generalitat is planned and, therefore, it will not be received by the community representatives.

1 The Feminist University of Ponferrada turns to "clean... 2 "In Castilla-La Mancha abortions are not performed... 3 A caregiver is sentenced to prison for abandoning... 4 Salamanca delves into the latest advances in cancer... 5 Hunger claims a life in the Horn of Africa every 48... 6 Reopening of the United States Embassy in Kyiv, closed... 7 Historical record in greenhouse gases and in the increase... 8 How can you stay motivated and achieve your goals? 9 Driver's license for foreigners: six suspects... 10 Pitched battle between German and Scottish fans in... 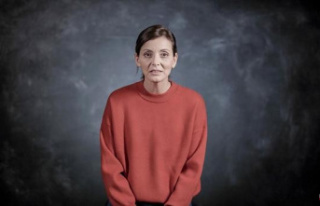 The Feminist University of Ponferrada turns to "clean...