Aragonese, convinced that Junts will not leave the Government

The president of the Generalitat, Pere Aragonès, does not believe that Junts' threat to leave the coalition government he maintains with the ERC will be precipitated. 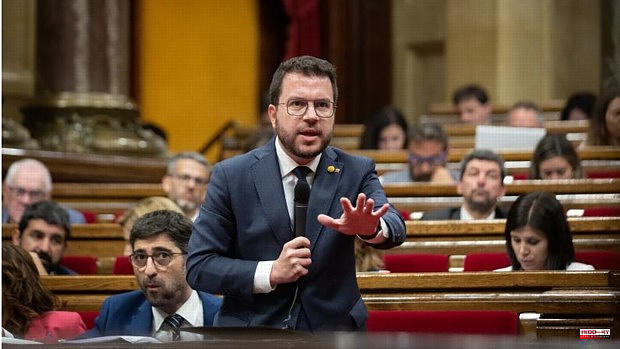 The president of the Generalitat, Pere Aragonès, does not believe that Junts' threat to leave the coalition government he maintains with the ERC will be precipitated. In an interview with Catalunya Ràdio collected by Ep, Aragonès is confident that this will not happen because "everyone will bet on the stability" of the Executive.

The political paper that Junts will approve at its July congress contemplates that the militancy be consulted if the party should leave the Government taking into account the audit that the formation is preparing to analyze compliance with the investiture agreement with ERC. This consultation should be held in October, coinciding with the five years since the illegal referendum of 2017.

Aragonès has said that this is an internal debate that Junts has but he has been "convinced that everyone will bet on stability", which he considers is what the Government needs at a time when the Catalan conflict must continue to be faced, that the consequences of the pandemic are being left behind and the economic and social effects of the war in Ukraine are being felt.

When asked if he sees himself governing alone, the president has replied that they will always exercise the responsibilities that they touch, but he believes that "this scenario will not come to pass". In addition, he has highlighted that in the Government they are working »very comfortably« between the departments, whether they are from ERC or Junts, and that his will is to exhaust the legislature.

On the other hand, the president of the Generalitat, Pere Aragonès, stated this Thursday that he maintains confidence in the ERC spokesman in Congress, Gabriel Rufián, and has closed the controversy due to his statements in which he said that whoever declared independence, former president Carles Puigdemont is a "moron", despite the fact that he later apologized.

"It is clear that I do not share yesterday's statements, I was very explicit about it," said Aragonès. Asked if he maintains confidence in Rufián, he answered yes, since all the ERC deputies have not only his "support", but also that of the party.

He considers that sometimes in politics the one who is "closest" ends up being attacked, as he believes has also happened other times in another direction, in a veiled allusion to Junts' criticism of ERC, but he has valued that Rufián apologized, something you think doesn't happen normally.

«Once I have seen everything that has happened, for me the subject is closed. I made myself very clear. Let's get back to work. What is important is what is done and what ends up working. Let's not entertain ourselves with controversies that have the seriousness that you want to give them, "he added.

He has also explained that telephone messages were exchanged with the former president of the Generalitat Carles Puigdemont to express to him privately the same thing that he had said publicly in the plenary session of the Parlament showing his disagreement with Rufián's statements. 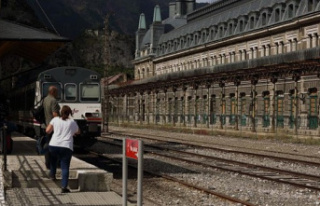 Four million euros in sleepers to rebuild the historic...