Ara Malikian, Camela and Pica-Pica kick off the Illescas Stage 2022

This weekend began the cultural programming framed in "El Escénico de Illescas" in the June 2022 edition. 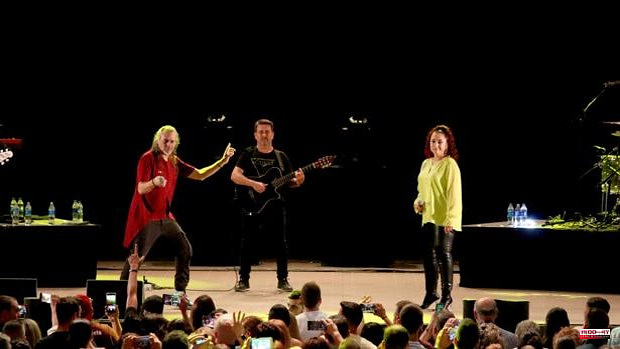 This weekend began the cultural programming framed in "El Escénico de Illescas" in the June 2022 edition. Performances that premiered Ara Malikian, Camela and Pica-Pica in the Covered Scenic Space and that will continue on the next weekends. week of this month.

Between the three shows they added just over 6,000 people in attendance, with Pica-Pica's performance being the most popular with 2,228 tickets sold for this Sunday afternoon. The family audience enjoyed the celebration of the tenth anniversary of a group formed by Belén Pelo de Oro, Emi Bombón and Nacho Bombín, which has become one of the favorite entertainment options for the family audience, as the Illescan auditorium demonstrated yesterday.

On Friday, the violinist Ara Malikian opened 'El Escético de Illescas', as part of his tour “The Ara Malikian World Tour”, which will take him, in addition to Spain, to countries such as Turkey, England, Portugal or Italy, performing in places such as Carnegie Hall in New York, or the Teatro Real in Madrid. The famous musician presented a repertoire inspired by his son, by freedom and dreams, by the "magic that happens every day." Around 2,000 people attended a show that made them get up from their seats to applaud Malikian and the four musicians who accompanied him on stage.

On Saturday, the madness was unleashed with Camela. The unmistakable style of the Madrid duo struck a chord with the audience that sang along to all the songs in the repertoire. This 2022 marks the 25th anniversary of the group's creation and they are on tour around our country remembering their greatest hits and reviewing their latest album, 'Rewinding'.

The performances will continue this Saturday, June 11, with India Martínez, who presents her latest work, 'Palmeras'.

1 Izal, Lori Meyers, Sidonie this Saturday at the Capital... 2 Putin Was Treated For Advanced Cancer In April, According... 3 The Prosecutor's Office of Peru summons Castillo... 4 After refusal to fly, Russian minister cancels visit... 5 Kosovo war veterans fight with the police and want... 6 When do pensioners get extra summer pay? 7 EXPLAINER - How UK Conservatives can Change Their... 8 The Puig Government refuses to recover the place names... 9 Metro Madrid and EMT are looking for users with iPhone... 10 The judge reopens the case for the second fraud against... 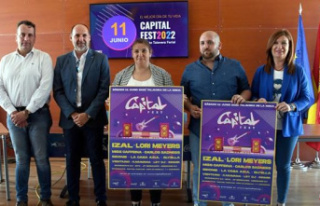 Izal, Lori Meyers, Sidonie this Saturday at the Capital...