In order to refine its preparation for the world aquatics which will take place from June 18 in Budapest and to do an intensive training block, the Canadian artistic swimming team is spending the week in Quebec as part of the national championship. 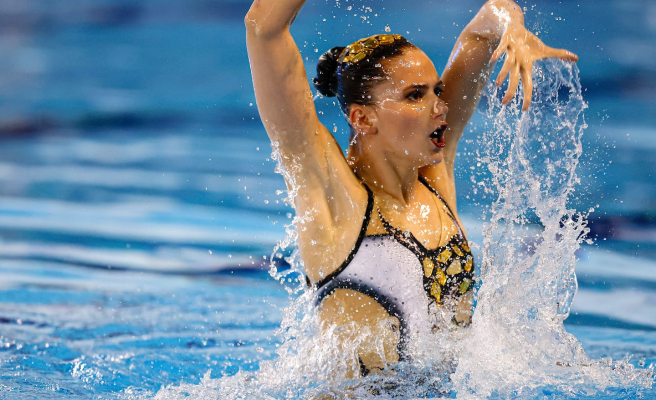 In order to refine its preparation for the world aquatics which will take place from June 18 in Budapest and to do an intensive training block, the Canadian artistic swimming team is spending the week in Quebec as part of the national championship.

Of the girls who were present at the Tokyo Olympics last summer, only two swimmers are back and one was a reserve in the Japanese capital. The youngest on the team in Tokyo at 18, Rosalie Boissonneault is now the most experienced swimmer.

"It's a new role for me, a different role that I'm adapting to," she said. I encourage girls more. In an ideal world, we would have beaten the Americans at the World Series in Paris in April, because we will have to defeat them to qualify for Paris, but we see a significant progression in just three months. All the girls work hard to beat them. »

Kasia Kulesza also likes the progression from the competition in France.

"We are 1000 kilometers ahead of our performance in Paris," said the national program assistant coach. We also participated in the national championship of Hungary. In our sport, two weeks of competition abroad corresponds to one year of experience in a club. »

"The learning is very fast and we have evolved a lot," continued Kulesza. We are very strong technically and our routines are Olympic caliber. It will pay off in the end. There is no doubt that American women are touchable. »

For Kulesza, it was essential that the girls of the national team be present at the PEPS for the Canadian championship.

"We want to connect with the community because it's been a long time since we swam in front of our families and friends. We also want to gain experience and improve our performance in anticipation of the world while doing a significant training block. We're in the water twice a day and it's not a sharpening competition. »

"Because of my young age [16 at tryouts and now 17], I had no expectations when I showed up for national team tryouts in November," she said. I thought I was going to gain experience. I was selected and it's been fun ever since, even though I had to adapt academically because I'm in secondary five. I have to study on my own between our practices. »

In the City of Light at his first career international competition, Lamothe finished 2nd in the technical solo.

"I was surprised to do the solo this year," said the one who started artistic swimming at the age of five. I took the opportunity to improve myself. While I've always dreamed of competing in the Olympics, I didn't expect to make the national team that quickly and I didn't think the 2024 Games were a possibility. »

Kulesza sees it as an investment for the future.

"When junior-aged girls break through to the national team, it's our responsibility to develop them. Audrey has great skills, but our decision is also strategic. We want to prepare her for the world juniors which will take place in Quebec in August by allowing her to swim solo. »

1 The Bruins force the holding of an ultimate game 2 “Patrick Bruel in acoustics”: an intimate and... 3 Pee-Wee Tournament: Rock Solid 4 Heat advance to conference final 5 A young man could no longer walk after shooting in... 6 The Lightning resist the Leafs 7 Ryan McDonagh: the stabilizing element 8 Google introduces a new immersive view for its Maps... 9 Government strategy: Quebec is betting big on young... 10 Gun violence: Police chiefs want tougher sentences 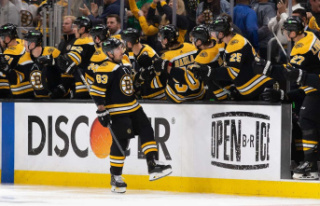 The Bruins force the holding of an ultimate game