Anti-corruption has already filed the complaint for Ayuso's contracts, which is now being investigated by the European Public Prosecutor's Office

The Anti-Corruption Prosecutor's Office analyzed the complaint filed by the United We Can group in the Madrid Assembly last April for the purchases of medical supplies for nearly 20 million euros that the Community of Madrid made in the midst of a pandemic to two companies that were not dedicated to that sector. 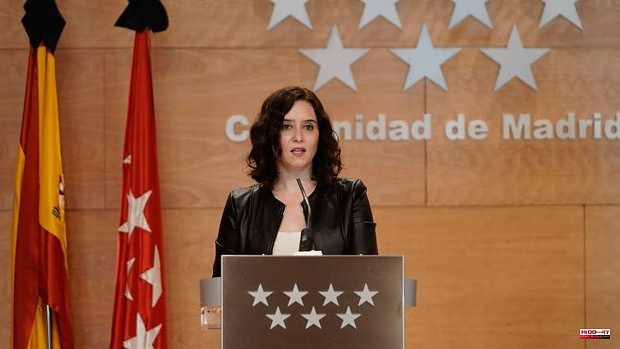 The Anti-Corruption Prosecutor's Office analyzed the complaint filed by the United We Can group in the Madrid Assembly last April for the purchases of medical supplies for nearly 20 million euros that the Community of Madrid made in the midst of a pandemic to two companies that were not dedicated to that sector. After reviewing the account of the events, he agreed to file the complaint because it only expressed mere suspicions, not indications or behaviors that could constitute a crime, according to tax sources reported to the ABC newspaper.

However, as happened in the case of the investigations into an award to the company managed by a friend of the regional president Isabel Díaz Ayuso, the European Public Prosecutor's Office has another criterion.

In that matter, both representations of the Public Ministry collided because each one considered that it had the competence to investigate. The bottom line is that there are two ongoing investigations. The Anticorruption one that looks for crimes related to influence peddling and the European Prosecutor's Office, on fraud to EU subsidies.

Now there is also evidence of a disparate criterion. While Anticorruption reviled the United We Can complaint as vain and imprecise, the European Public Prosecutor's Office does see reasons to admit it. It has opened two investigations to analyze whether there was fraud and/or subsidy fraud in the ten covid contracts received by the companies Vin Dore 24K S.L., and Air Global Media S.L. The first is a company dedicated to alcoholic beverages. The second works with radio material. The purchases were executed from the Madrid Health Service (Sermas), incardinated in the Ministry of Health and the money was passed on to the European Fund for Regional Development.

Although each of the decrees indicates in its header that the investigation is directed "against" each of the companies, in the reasoning the European Public Prosecutor's Office explains that it is early to raise specific accusations. "It is essential to carry out previously (...) various investigative procedures -the decrees say-, because only through them can the facts under investigation be adequately determined and whether or not the imputation of the possible authors is appropriate." ».

In the case of the investigation into Air Global Media S.L, the complaint stated that Madrid awarded four contracts in 2020 to supply medical supplies for a combined amount of 10 million euros. The company did not have this type of business in its corporate purpose and although since 2020 it has not deposited its accounts in the Mercantile Registry, it would be recorded that it multiplied “up to almost fifty times its turnover” in the first wave of the pandemic. He pointed out possible concealment of inflated prices and millionaire commissions.

Regarding Vin Dore 24K, which manufactures sparkling wines with gold particles, the complaint indicated the award of three contracts of 7.74 million before its corporate purpose picked up that business. The company went from being in the red in 2019 to declaring 26 million in profit.

1 A migrant died in two new boats rescued in the Balearic... 2 Mexico maneuvered so that Guaidó did not go to the... 3 Official statements indicate that Egypt will pursue... 4 These are the cheapest hours of electricity this Friday 5 Hezbollah leader threatens Israel's offshore... 6 Albares plants the Summit of the Americas and travels... 7 Spain adds its first victory against Switzerland 8 Complaints about the Mathematics II exam at the EvAU... 9 Luis Enrique protects a child who jumped for Asensio's... 10 Portugal consolidates as leader of the Spanish group 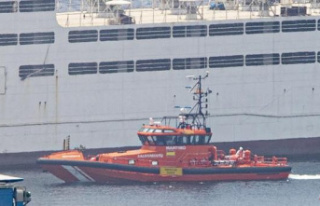 A migrant died in two new boats rescued in the Balearic...