Andueza responds to Esteban: "No one is going to cover my mouth"

"No one is going to cover the mouth of the Secretary General of the Basque Socialists. 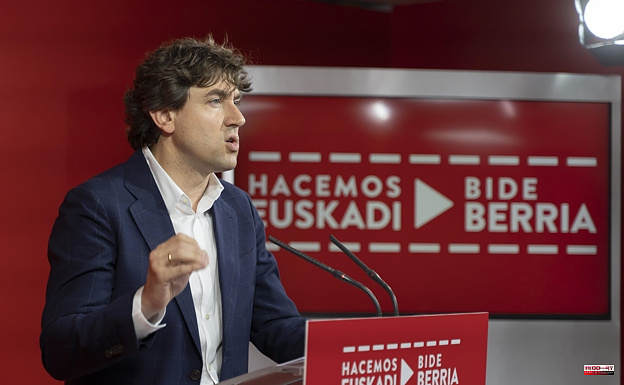 "No one is going to cover the mouth of the Secretary General of the Basque Socialists." Eneko Andueza has responded to the PNV spokesman in Congress, Aitor Esteban, who on Monday assured that the leader of the PSE-EE is saying "a lot of nonsense" and that he wants to "mark a profile because he will think he is an unknown and will have some complex". The socialist leader has stressed that he will continue to speak with "absolute sincerity and clarity."

The two government partners have been introduced in recent days in a dialectical storm that, probably, will not have practical consequences but that has made the atmosphere rarefied. Since Andueza took over from Idoia Mendia at the end of last year, the friction has been varied, but yesterday's went one step further.

The origin of the anger, at least for the PNV, is in a series of interventions that Andueza has been carrying out in recent weeks. The labor reform, the educational pact, the Jeltzal criticism of Pedro Sánchez and the central government's response to the bombing of Gernika in 1937 have become a source of controversy. Just a few days ago, Andueza censured the PNV for continuing with their "rattles about whether we are more or less Basques for speaking Basque or their claim about asking for forgiveness for the bombing of Gernika." He assured that "many of the surnames" of the nationalist leaders "were part" of Francoism and, to top it off, assured that both the PNV and Bildu "flirt with the extreme right" to discredit Sánchez.

In his response on Monday, Esteban not only charged Andueza, but also warned him: “Let's see if we are all going to get tired, because he provokes those of us who are in the government coalition again and again. I would ask him to be calmer."

Andueza has avoided entering the rag. At first she has assured that he did not intend to waste "not a second" in responding to Esteban, that he does not like to "disqualify" and that what it is about is expressing himself with "freedom but with respect." He has recognized that his opinions "will not always be liked" and that the fact that the PNV and the PSE have different opinions "is within democratic normality." But he has also stressed that he will continue to speak "with absolute sincerity and clarity" and that "the secretary general of the Basque Socialists is not going to cover his mouth."

The leader of the PSE appeared this afternoon to explain the acts that the party plans to carry out on the occasion of the six months he has been in office. The first will be a forum to be held this Saturday in San Sebastian to address the challenges of climate change. He also presented his new motto 'Making Euskadi / Bide berria. "It's a new beginning, a new change," said Andueza.

1 Ukraine confiscates assets valued at more than 400... 2 AFE asks the CSD to investigate the alleged espionage... 3 Surprise visit by Elizabeth II to inaugurate a metro... 4 The Generalitat appeals the order to apply 25% of... 5 Basque hip hop and folklore rhythms for the Basque... 6 Tolón says that she would be proud to be declared... 7 PSC, ERC and commons give Junts 24 hours to close... 8 Ximo Puig dodges parliamentary control during the... 9 Iturgaiz accuses Urkullu of placing businessmen "in... 10 Mazón advocates dialogue "firmly" between... 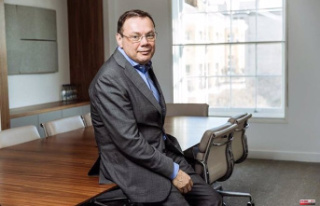