Ander Mirambell, the pioneer of the Spanish skeleton, announces his retirement

Spain has lost this Tuesday one of the pioneers of its sport. 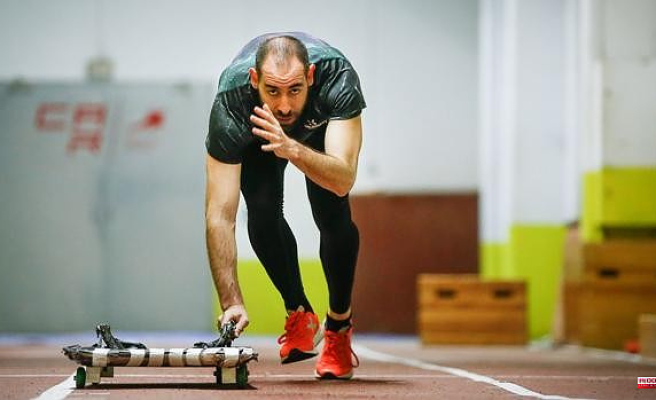 Spain has lost this Tuesday one of the pioneers of its sport. Ander Mirambell announced the end of his career in skeleton, a winter sport in which he has paved the way in Spain and which has allowed him to be in no fewer than four winter Olympics. The Catalan, at 39 years old, sealed his farewell in a massive event held on Barceloneta beach, where he put an end to 17 years of maximum demand and dedication so that his country was represented in a sport with little tradition.

Mirambell made history for national sport thanks to his four Olympic participations, which began in Vancouver 2010 and which had the merit of continuing in Sochi 2014, PyeongChang 2018 and Beijing 2022. In China, where he was the flag bearer at the Opening Ceremony together with Queralt Castellet

, was twenty-fourth, same position as in his debut, while his best result was achieved in South Korea with a twenty-third, being twenty-sixth in Russia.

In addition, the Catalan athlete competed in eleven World Cups, won two historic America's Cup titles, participated in 92 World Cup events and launched the creation of a Spanish Championship with the aim of finding more drivers in this country.

Now, as indicated by his press department, he will be in charge of contributing his experience in the race of the Belgian pilot Kim Meylemans, one of the protagonists of the international circuit, and will be the new Sports Director of the Royal Spanish Federation of Ice Sports (RFEDH ), with the aim of finding the future talents of a sport in which he does not want the seed he sowed in 2005 to be lost.

In addition, he has also presented his candidacy for the Vice Presidency of Sports of the International Bobsleigh and Skeleton Federation (IBSF), whose Executive Board will decide next July in Lausanne (Switzerland), backed by his knowledge of this sport and his creativity. .

And it is that Mirambell, despite the scarcity of resources that he had, was inflexible in a path that began in the Calella Athletics Club and was always ingenious when looking for formulas that would help him, such as a famous cross-country ski suit or slippers made from a cheese grater.

“I feel this moment not as a farewell, but as an opportunity to thank everyone for their efforts to achieve these results. I feel like the runner who crosses the finish line and hugs his family, who is waiting for him. I would have loved to say goodbye at the World Championships in Saint Moritz, my favorite circuit, but my personal future and that of the skeleton in Spain ask me to put aside the sledge », Mirambell assured during his farewell.

The Barcelonan will start "a new era" in the RFEDH where this Friday in Madrid and the next day in Barcelona he will carry out a "recruitment of new athletes" and thanked, "in particular", Bernat Buscà, his physical trainer " always and much more than a friend”, to the professionals of the Sant Cugat CAR; to his coaches, to all his rivals and teammates over the years and who have been his "family for many months each season", to the IBSF, RFEDH, COE and CSD for allowing "the skeleton to be where it is", and above all, to his family, "without whom none of this would have been possible."

“I have nothing but words of gratitude for all of you who have helped me during my sports career. So thank you very much and see you always, "said Ander Mirambell.

1 In hospitals under the rule of pro-Russian separatists 2 Pedro Sánchez faces questions in Congress about Pegasus... 3 Gamarra says that Sánchez knew in 2019 that the CNI... 4 The largest network of travel agencies in Spain, Ávoris,... 5 The Government will respond "solidarity"... 6 Cannes Film Festival: Zelensky, Vincent Delerm...... 7 The racist Buffalo massacre meticulously planned for... 8 The Stock Exchange sets its sights on 8,500 boosted... 9 The PP refuses to join in reforming the Catalan law,... 10 The PPdeG proposes to the PSdeG a "global agreement"... 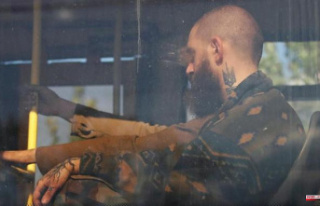