Real Madrid lowers the blind of its brilliant League this Friday against Betis. 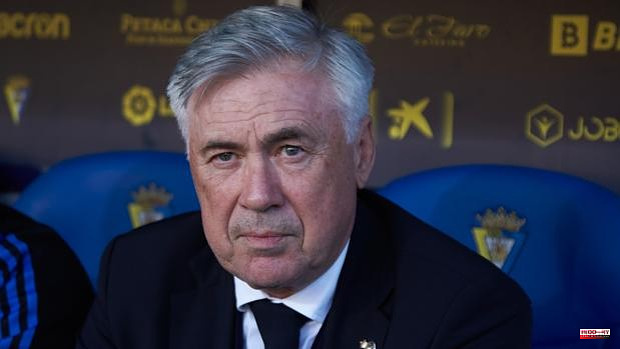 Real Madrid lowers the blind of its brilliant League this Friday against Betis. Face to face the two Spanish teams that have won the three domestic competitions, which could cause a double corridor that Ancelotti would be delighted to do, as he himself confessed. A meeting that will be the last rehearsal for Paris, and the farewell of several white players, although it remains to be seen if it will be on green. Marcelo will play from the start, Isco will be a substitute and Bale is not even sure that he is in the squad.

«Bale is not one hundred percent and, at the moment, he is not in the call. We'll see if he can come in tomorrow... It could be that Bale goes to the bench or stays in the stands because I have to leave two players off the list », assured Ancelotti.

A month ago he confessed that he wanted Bale to say goodbye to the Bernabéu in a good way, but that idea is no longer so important for the Italian coach: «Whether he plays tomorrow or not, it's not important. The important thing is that Bale has been part of the history of this club. I think the memory of all the fans remains. He has been important in the 2014 Copa del Rey, in the Décima, in kyiv... He is a player who has written important pages in Madrid and everyone recognizes this, regardless of whether he plays or not, that he is not important".

Alaba is the only one left for the duel against Betis, although he will be with the rest of the group from Monday, when the team will fully prepare for the final in Paris. A game that is marked by the high media noise of the signing or not signing of Kylian Mbappé. Ancelotti, with his brilliant left hand, perfectly knew how to throw balls out on this subject: “Win ​​the final or sign Mbappé? Real Madrid is excited about the Champions League final. We all think about winning number 14. I spend my time in Valdebebas, in the car and at home. Sometimes I go to good restaurants in Madrid and there they talk to me about the final, but nothing more. All the fans are focused on the Champions League final."

The Italian understands that Mbappé is monopolizing so many minutes and pages in the media, but this has nothing to do with what happens in his dressing room: "I don't consider the Mbappé issue, the only issue I have in mind is the Champions League final and This is what keeps me calm. I understand the media treatment, but it does not change our idea or our objective. Motivation and maximum illusion for the final. Everything that happens around and what is talked about does not affect us at all. We are very happy and very focused, and we calmly wait for the final", details Ancelotti, who is also frank with the starting eleven against Liverpool: "I am clear about the eleven in Paris. The question is whether the players who start the game or the players who will finish the game will be more important.

1 Barkala says that it seems "reckless" to... 2 Arechabaleta promises signings and acknowledges that... 3 Bustamante switches to boxing and will fight Mister... 4 The Turkish veto frustrates the 'express'... 5 Rentamarkets IM changes its name to Miralta Asset... 6 The investigation into the 'partygate' concludes... 7 Sordo (CCOO), on Yolanda Díaz's 'Sumar'... 8 Ancelotti: "I am happy because we are in the... 9 Legislative: a relative of Xavier Bertrand in the... 10 Belarra tenses the Government by demanding the emeritus... 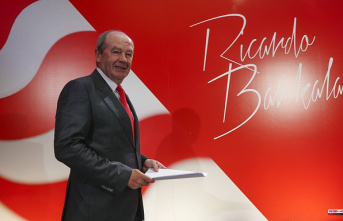 Barkala says that it seems "reckless" to...