The Customs Surveillance Service of the Tax Agency, in a joint operation with the National Police, has dismantled an international criminal organization dedicated to drug trafficking, linked to Mexican cartels and based in Guadalajara. 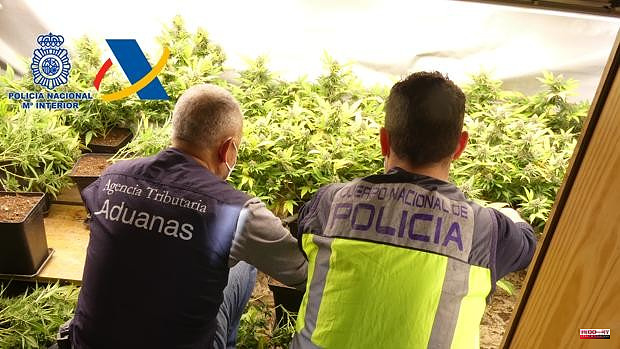 The Customs Surveillance Service of the Tax Agency, in a joint operation with the National Police, has dismantled an international criminal organization dedicated to drug trafficking, linked to Mexican cartels and based in Guadalajara.

The agents carried out a police device in mid-May in which more than 200 troops participated. The operation allowed the complete dismantling of the organization and the arrest of those responsible. A cocaine laboratory in the process of preparing more than 37 kilos of substance was located at the home of the leader of the network.

Likewise, they carried out 13 searches in different locations in Madrid (eight) and Guadalajara (five), and eight inspections in the provinces of Madrid (five) and Malaga (three).

As a result of the searches, the agents seized 1,000 kilos of marijuana buds, 37 kilos of cocaine, 10 weapons, 105,116 euros in cash, as well as 17 vehicles and four homes (valued at seven million euros), among other effects.

In addition, two laboratories for the processing of cocaine and two greenhouses for the cultivation of marijuana have been dismantled, and 20 bank accounts have been blocked.

As reported this Saturday by the Tax Agency, the investigation began at the end of 2020, when the arrival in Madrid of several Mexican citizens, from Sinaloa, who quickly settled in different luxury homes, was detected.

Soon after, the agents observed that the new arrivals began to work in large marijuana plantations located in the province of Guadalajara, where they received repeated visits from people linked to drug trafficking.

As the investigations progressed, the agents identified a family clan, linked to Mexican drug cartels, who had introduced more than 10 million euros in cash and investment gold into Spain with the aim of settling in Spain.

Those investigated began to buy dozens of luxury vehicles and 'high standing' homes, as well as to acquire several businesses and set up companies. Its purpose, as would be proven later, was to channel the profits obtained from the sale of narcotic substances. Likewise, the members of the organization did not hesitate to buy wills from different officials to help them settle down and obtain documentation.

After several police efforts, it became clear that the family clan was related to people, both Spanish and foreign, with records and convictions linked to the sale of narcotic substances, in a way that facilitated their entry into a new market that was not theirs.

Initially, the network based its business model on setting up companies in Spain, Portugal and Switzerland for the exploitation of cannabis crops. In this sense, they had marijuana plantations in different provinces of Spain, whose purpose was the extraction of products derived from CBD in laboratories in Switzerland and Portugal.

After arduous efforts, the agents seized 60 tons of plants. This fact motivated the organization to invest in new cultivation systems based on the creation of containers with intelligent software that would allow them to obtain harvests in less than three months. Some of the Mexican members of the criminal group tried to acquire this business for a significant sum of money, although the police actions frustrated them.

Subsequently, the investigators located several warehouses where the processed marijuana, which had been grown in large greenhouses of more than 4,000 square meters, was vacuum packed and distributed by different means to buyers. They hid it in double bottoms of tables and other furniture that they sent by parcel.

Over the course of the investigation, the agents detected the arrival in our country of people from South America, whom the organization used as 'mules' to introduce cocaine base in brown packages. The drug was processed, packaged and silk-screened in two laboratories in the province of Madrid to later sell it to people who came from Croatia and the Netherlands with whom they had previously closed deals.

In addition, they also had other distribution networks through Chinese citizens and other vendors, located in different locations in Madrid, who even introduced the narcotic substance into prisons.

On the other hand, the investigation confirmed an "overwhelming" movement of capital. Thus, they constantly changed homes, all of them luxury, and dedicated themselves to the sale of jewelry and sports vehicles whose prices exceeded 500,000 euros. This was due to the laundering of the profits they illicitly obtained and, furthermore, it was a security measure to avoid being located in a specific area.

1 Puigdemont says goodbye to the presidency of Junts... 2 Theater, flamenco and exhibitions in the Board's... 3 Carlos Perez Siquier is the seductive and critical... 4 Analyzing the sound. Would we hear an explosion in... 5 A study explains why heavy smokers aren't at... 6 Unicaja Costa de Almeria resigns from the European... 7 Juan Arsenal will manage Atletico Porcuna in the following... 8 Inflation in eurozone runs wild in May to 8.1% 9 Judge Iberdrola proposes to charge him with inflating... 10 Manueco & Igea are the leaders in the pandemic... 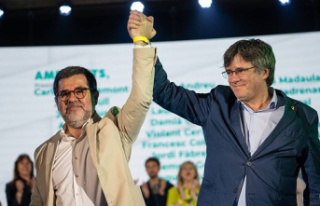 Puigdemont says goodbye to the presidency of Junts...