An oasis for creation in the midst of Francoism

We have been wandering around and chatting with Marita Gomis for a long time in her house when, as we cross the living room, our voice is suddenly amplified. 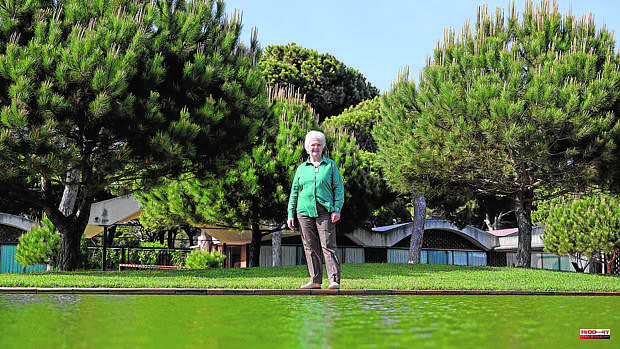 We have been wandering around and chatting with Marita Gomis for a long time in her house when, as we cross the living room, our voice is suddenly amplified. She doesn't even flinch. Sixty years ago the Gomis Bertrand family moved to live in what we know today as Casa Gomis, in El Prat de Llobregat (Barcelona, ​​a few meters from the airport). She is more than used to the sound and light effects of this jewel of rationalist architecture that flourished, almost like a miracle, in the midst of Franco's regime. With this peculiar acoustics and the light entering from all corners, the building ended up being a place of refuge, encounter, debate and inspiration for the Catalan intelligentsia in the last fifteen years of the Franco regime.

The vault that now resounds with our voices has reverberated with endless concerts and recordings that could hardly be heard in Spain at the time. Personalities such as -wait for it- John Cage, Merce Cunningham, Antoni Tàpies, Joan Miró and Joan Brossa, as well as Catalan musicians such as Joaquim Homs, Josep Maria Mestres Quadreny, Carles Santos and Roberto Gerhard [Marita, despite Since our conversation is in Catalan, she still refers to him by his name in Spanish, as the family knew him]. Now, the work that Gerhard dedicated to this family for the inauguration of the house has never been heard here. But that will be solved this Tuesday.

Edmon Colomer will direct the performance of 'Concert a 8' and offer a conference on Gerhard, the Gomis Bertrands and this work. "Gerhard composed this work in gratitude to Ricard Gomis, for the support he gave him so that he could write and premiere his Nonet", explains the musician. The piece is entitled 'Concert a 8', "in reference to both the number of performers participating and the number of family members", since Mr. Gomis and his wife had six children, including our hostess, Marita.

The idea was that the work would sound at the inauguration of the house, in 1963, but Gerhard's peculiar instrumentation, and specifically his complex percussion framework, made it unfeasible to gather all the instruments and performers necessary to carry it out in time. In the end, it premiered far away, in London, on May 17, 60 years ago. Now, finally, it can be heard live at Casa Gomis, in two concerts that can only be accessed by invitation, given the limited capacity of this private address. Among the guests, from political authorities to specialists in music and architecture, plus some residents of El Prat de Llobregat.

In this way, they will remember the old days when something was always playing at Casa Gomis, live, on recordings or on the radio. "It took me a long time to get used to this house without music" after the death of his father, Marita confesses to us. “My father built a crystal radio when he was not even fifteen years old,” she recalls. In La Ricarda the BBC was tuned in and avant-garde concert activity was common. And that, in full Francoism.

How did they avoid problems with censorship? "The house is very remote, only our guests came, and although there were many people, it was always considered something intimate." In the center of Barcelona it might have been difficult to organize according to what meetings. The architect of the house, Antoni Bonet Castellana, went into exile after the civil war. Member of the GATCPAC (Group of Catalan Architects and Technicians for the Progress of Contemporary Architecture), he collaborated with Josep Lluís Sert in the construction of the Pavilion of the Spanish Republic at the Paris Exhibition in 1937, and stayed in that city to study with Le Corbusier. At the end of the war, he chose not to return to Spain. He built Casa Gomis de La Ricarda literally by mail. Gerhard was also in exile when he dedicated his work to the Gomis Bertrand family.

The family's interest and commitment to culture came from afar. Already during the Republic, Ricard Gomis founded the 'Discófilos' association, which met periodically to listen to recordings obtained thanks to a network of contacts throughout Europe. They were accompanied by explanations from experts, such as Gerhard himself, the Catalan musicologist Higini Anglés and the Madrid critic Adolfo Salazar. There is nothing.

Today the building is considered an Asset of Cultural Interest, and visits are organized periodically, in addition to being rented for events, shooting advertisements and taking photos. The biggest concern is the threat of expanding the airport's third runway, which would pass over its land and affect the La Ricarda pond, a nature reserve. The Gomis have joined forces with environmentalists and the mayor of Barcelona, ​​Ada Colau, to stop a project that they consider catastrophic for the natural environment. It is now frozen until 2026. Meanwhile, the music and the hum of the kerosene turbines will continue to coexist in a precarious balance.

1 The matriarch of the Morente family dies at the age... 2 Covid-19 in China: Hundreds of students protest at... 3 Esteban maintains that "Andueza says a lot of... 4 Jasikevicius: "Madrid is getting hungrier against... 5 Raúl García suffers an injury to the hamstring muscles... 6 Chiellini says goodbye to Juventus: "Thank you... 7 At least 17 militiamen and gudaris were buried in... 8 Here's what you need to know about the rebate 9 The accounts of a last day less unified than ever 10 Legislative 2022: who is a candidate in your constituency? 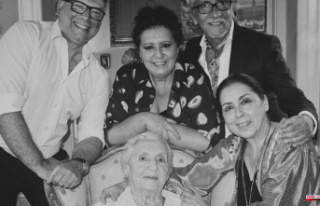 The matriarch of the Morente family dies at the age...