The director of the Institut Valencià d'Art Modern (IVAM) and co-curator of the exhibition, Nuria Enguita, together with the territorial delegate of the Institut Valencià de Cultura (IVC) in the counties of Castellón, Alfonso Ribes, have presented the exhibition ' Art in a wasteland, 1939-1959 ', which will be inaugurated this Thursday at the Museum of Fine Arts in Castellón. 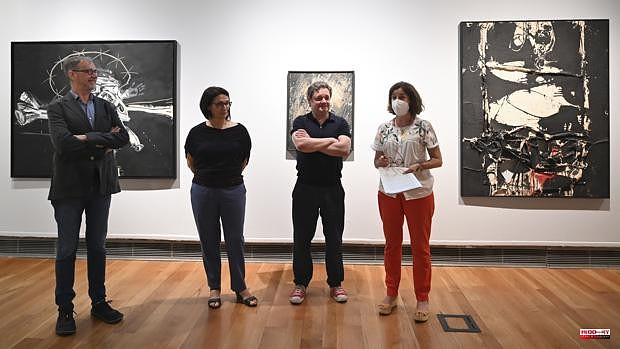 The director of the Institut Valencià d'Art Modern (IVAM) and co-curator of the exhibition, Nuria Enguita, together with the territorial delegate of the Institut Valencià de Cultura (IVC) in the counties of Castellón, Alfonso Ribes, have presented the exhibition ' Art in a wasteland, 1939-1959 ', which will be inaugurated this Thursday at the Museum of Fine Arts in Castellón.

The director of the IVAM has highlighted that the exhibition "aims to approach the diversity of ways of doing things that produced a determining historical context: the end of the Civil War and the Second World War". While in Spain a dictatorship was imposed, in Europe the fascist tyrannies were defeated.

«They are radically different scenarios, but in both it has to be built on a wasteland; in pain, among the ethical and material ruins that the destruction of a war produces; and in extreme vital conditions: in exile, in emigration, in repression », he pointed out, referring to the title of the exhibition.

The territorial delegate of the IVC in Castellón, Alfonso Ribes, has valued "the importance of receiving an IVAM exhibition of these characteristics" and added that they will continue collaborating and working to bring more projects to the Castellón counties of this "fundamental in history" institution. of the modern art of the Valencian territory». Ribes recalled that the opening of the IVAM exhibition is one of the most outstanding activities of DIMCAS, the International Day of Museums in Castellón, which is commemorated throughout the week.

The exhibition, which can be visited until September 4, is divided into three adjoining spaces. 'Greenery in our arid land' is dedicated to the art produced during the first Franco regime within the borders of the national territory. Falangist culture and National Catholicism proposed a return to academic forms linked more to the formation of the 'national spirit' than to free individual expression. However, despite the censorship, there were still artists who tried to maintain or reinvent that innovative spirit.

The second room, 'Destierros', brings together works by expatriate artists, in a situation of exile, emigration or flight. «The war happened dramatically in the territories and the bodies, but also in the images and the words, in the posters, in the movies, in the painting, in the poetry and the novel. Just as the printed word was a battlefield, it was also a welcoming territory for the exiled", commented Nacho Paris.

Finally, 'Like someone who waits for the dawn' shows the art produced in Europe and the US after the traumatic experience of the war. On both sides of the Atlantic, the feeling is prevailing that it was necessary to start over, that what had gone before embodied a failure. «Then one resorts to the spontaneous or the irrational, to the exploration of the limits of reason or knowledge. It is an effort to unlearn and start over”, explained Teresa Millet.

The director of the IVAM has concluded the presentation by recalling that a new war is being experienced in Europe and the images of bombed cities and the massive flight of people are seen with astonishment. "And we wonder if we have stopped seeing the ghosts of a past that proposed a future of violent, sad and alien domination, and even if we have forgotten the wishes and dreams of peace and equality that fought it," she said.

1 Justin Bieber and Tim Hortons do it again with Biebs... 2 DIRECT. Cannes Film Festival: Follow the rise of the... 3 Huberdeau: in winning mode 4 Digi shoots its turnover in Spain by 42% in the first... 5 The Argentine team will concentrate in Lezama at the... 6 The anger and harsh message of Belén Esteban to the... 7 The Ibex 35 advances 1.45% in the session and sets... 8 Seat will review more than 27,000 hybrid cars worldwide... 9 Colonial earns 28 million euros until March, 32% more,... 10 The Government reinforces aid for self-consumption... 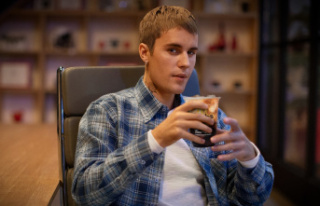 Justin Bieber and Tim Hortons do it again with Biebs...