The mayor of Toledo, Milagros Tolón, has inaugurated the exhibition 'Leonardo da Vinci. 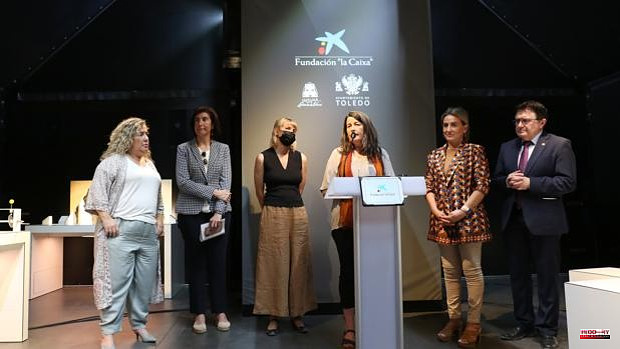 The mayor of Toledo, Milagros Tolón, has inaugurated the exhibition 'Leonardo da Vinci. Observe. Question. Experimenta’ that can be visited until June 19. The exhibition brings the visitor closer to the figure of this Renaissance character beyond his genius, focusing on his most essential trait: his insatiable curiosity.

In her speech, Milagros Tolón highlighted the contribution of la Caixa to the democratization of culture, an objective that she shared with the cultural action of the government team she chairs, in addition to thanking this entity for its commitment to Toledo with a new free exhibition and for all audiences.

"Leonardo da Vinci is one of the most important geniuses of all time, a master of Renaissance art and a pioneer in the fields of science, mathematics and engineering", commented the municipal official, in addition to encouraging the families, schools and institutes of the regional capital to visit the exhibition.

In addition, the mayor has announced that in the near future the City Council and the La Caixa Foundation will announce an important project for Toledo in the field of culture and education. "We are going to continue collaborating with la Caixa in as many activities as are beneficial for the city in the educational, cultural, economic and social spheres," she said.

The municipal official was accompanied on this visit by local government councilors Teo García and Marta Medina, as well as the director of CaixaBank Institutions in Toledo, Mayka Díaz-Chirón; by the territorial delegate of the Fundación la Caixa in Castilla-La Mancha, Rosa Gómez; and by the curator of the exhibition, Érika Goyarrola.

In collaboration with the Toledo City Council and the Château du Clos Lucé - Parc Leonardo da Vinci, the people of Toledo will be able to enjoy a unique exhibition on the Sisebuto promenade. This project, as they have commented from the organization, is understood as an experience for the public, it combines the audiovisual show, the exhibition on the street of life-size models, games and augmented reality, to connect one of the most brilliant minds of the history of mankind with everyday life.

Leonardo da Vinci's creativity stems from an intellectual restlessness, a universal curiosity and a capacity for wonder inherited from childhood. Leonardo came to knowledge in a different way from his contemporaries, because he did it through a method based on observation, experimentation and analogy that questioned immutable theories and learned ideas.

Thus, 'Leonardo da Vinci. Observe. Question. Experimenta' wants to connect that same Da Vinci work methodology with our daily lives, through a contemporary language that is close to a younger audience, with the ultimate goal of stimulating creativity and fostering curiosity.

To this end, the 'la Caixa' Foundation has worked for two and a half years on the project before its presentation to the public. To make it possible, the work of a multidisciplinary team made up of experts in Leonardo da Vinci, architects, engineers, scriptwriters, audiovisual producers and specialists in design, programming of multimedia games and augmented reality has been necessary.

The result is a surprising experience that takes place in two different spaces: one inside and one outside.

He spent the last three years of his life in France, where he served King Francis I as a royal engineer. Today, the castle where he lived in the town of Amboise, the Clos Lucé, houses the Leonardo da Vinci Park and is a reference center for knowledge and dissemination of his legacy. 'Leonardo da Vinci. Observe. Question. Experimenta 'he has had the collaboration of this prestigious center for the creation of the project, and with the scientific advice of the historian Pascal Brioist.

1 More than a hundred international and national media... 2 Clinics for long COVID and Lyme disease 3 Villarrobledo, Cuenca, Mota del Cuervo, Cifuentes,... 4 A poaching network dismantled in Gaspésie 5 “The exploitation of children is more dangerous... 6 Mazón: «The Gandía-Denia tram is a priority for... 7 Carlos Sainz refuses to be second driver at Ferrari 8 The multimillionaire agreement of the new Santiago... 9 The PP accuses Sánchez of widening the gap between... 10 CF Montreal: number 12 given back to supporters 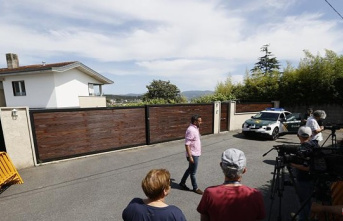 More than a hundred international and national media...