An exhibition highlights urban identity as a key to understanding Galicia

"One of the most technically complex exhibition projects promoted by the Xunta in recent times", as a cover letter. 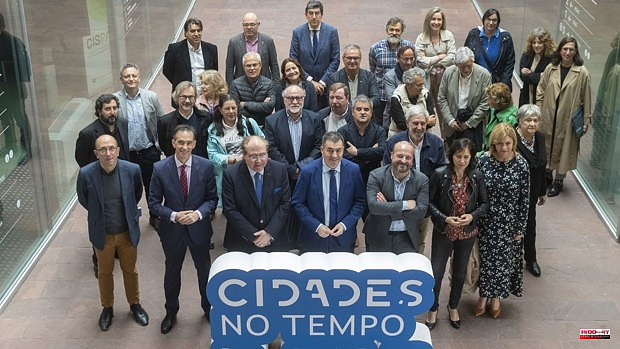 "One of the most technically complex exhibition projects promoted by the Xunta in recent times", as a cover letter. 'Cidades no tempo', the result of collaboration between the Galician government, through the Cidade da Cultura Foundation, and Afundación (Obra Social de Abanca) saw its coming-out this Wednesday with the label of trying to "value identity urban» of the Community, as postulated by the Department of Culture. It is a proposal with seven exhibitions, as many as there are cities in Galicia, and comes with the label of becoming one of the bets that are not only more complex, but also ambitious, deployed in recent times, under the umbrella of the programming of Xacobeo 21- 22.

The Minister of Culture, Education, Vocational Training and Universities, Román Rodríguez, who led the presentation together with the president of Afundación, Miguel Ángel Escotet, highlighted "the importance of delving into the legacy, identity and memory of cities and their contribution for the creation of our culture.

The project vindicates urban Galicia as a key component of Galician identity, with a legacy whose roots are already centuries old. Curated by Manuel Gago, doctor in Communication Sciences from the USC, and with more than 60 professionals involved, the uniqueness of each city is explored; their differences, yes, but at the same time, their strong connections.

"The interaction between urban planning, society and territory serves as the basis for threading a discourse that leads the visitor to explore the city from its origins to the present day," explained the councilor, who promised that the exhibition will allow both "rediscovering" the city itself, such as, for visitors and tourists, having a "beautiful window" that offers "a more complete and precise image of us, moving away from stereotypes and false topics".

'Cidades no tempo' proposes a multimedia itinerary of «discovery of the hidden or forgotten origins of urban cultures»; a combination of physical objects and materials and technology. Three-dimensional models, historical objects, written documents —plans, designs, projects— and audiovisual documents, photographs, illustrations, works of art... Elements that are divided into six sections: 'Myths and origins', 'Plots', 'Scenarios', 'Padrones', 'Narrated City' and 'City that we tell ourselves'. With a common thread baptized as 'Timeline', which works as a cross section that emphasizes outstanding landmarks and linked objects.

'Myths and origins' recreates mythical stories through animations and "puts them in dialogue" with the exhibits; 'Tramas' highlights historical documentation, with thematic tables and expanded digitized images on the walls; 'Scenarios' provides an "urban anthropology perspective", combining high culture objects, artistic creations and iconic items, associated with defining moments and characters; 'Patterns' uses an interactive installation to plunge the visitor into those visual patterns that define each urban environment; 'Narrated City' uses light boxes to consult the cultural creations that imbricate the story of each city (topics, themes, image to the outside); and 'City that we tell ourselves' is threaded through the sound recordings of personal stories with the voices of the neighbors.

1 Granizo, cheese from Albacete, achieves the second... 2 The prolingualism entities ask the counselor for a... 3 The Virgin of Light parades through the streets of... 4 Cardenete hosts this Sunday the IV Meeting against... 5 These are the novelties of the “Most Anticipated... 6 A court orders the CIAF to study the alternative investigation... 7 Follow the escalation of monkeypox in the Canary Islands,... 8 Sara Baras, Ara Malikian and Miguel Poveda will go... 9 The imposition of Valencian on a father and teacher:... 10 The Superior School of Dramatic Art of Cuenca takes... 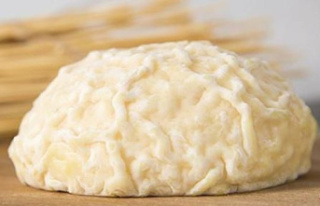