More than a million people from various countries have touched with their hands and made some of Leonardo da Vinci's inventions work, reproduced by hand for an exhibition that now reaches the Provincial Palace of Alicante, from July 7 to November 1. 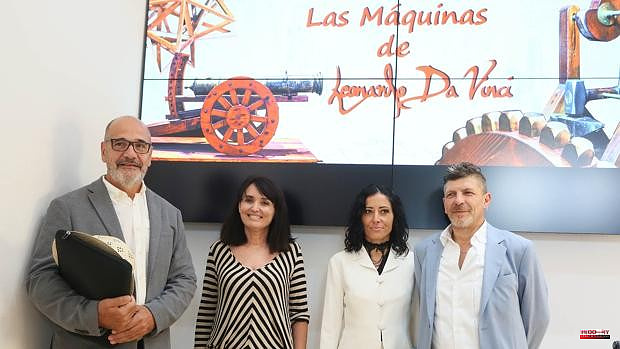 More than a million people from various countries have touched with their hands and made some of Leonardo da Vinci's inventions work, reproduced by hand for an exhibition that now reaches the Provincial Palace of Alicante, from July 7 to November 1.

"Leonardo's machines" includes a selection of "the innovative ideas of one of the greatest talents of all time", as highlighted by the vice president of the Provincial Council, Julia Parra, on this opportunity to learn about part of the artist's work , with free admission.

It is a selection with more than fifty faithful reproductions of his creations and inventions, made by hand in different materials, "a sample that can and should be touched to know how it works", underlined the provincial deputy of Culture, inviting you to enjoy some pieces such as the propeller of its blasting machine or the battle tank.

"Not for that reason we will stop bringing exhibitions of local artists", Parra has also pointed out, not without highlighting the depth of this type of exhibitions that have triumphed internationally.

Paolo Tarchiani, director of the museum of the foundation that manages the legacy of Leonardo da Vinci, which has had a permanent space in Italy for almost twenty years, has highlighted the "complexity of working with wood with the techniques used in the Renaissance", a challenge in which he has participated in the case of wooden pieces and which has been possible thanks to the collaboration of several professionals, also in materials such as bronze and with more complicated tools for endless screws and mechanical parts, gears to move, where you have to be very precise.

This singularity implies maintenance every five or six months, due to the thousands of times that some mechanisms have been activated, which end up wearing out certain parts. However, Tarchiani has detailed that quality and durability woods are used, for example, oak from Italian Tuscany. In any case, they have not suffered breakage due to vandalism in any of the scales that the exhibition has made on several continents.

Specifically, it has been exhibited in several cities in the United States and Mexico, it has also been in Hong Kong and New Zealand and, on its European tour, in Vienna, Copenhagen, Naples, Warsaw, Berlin or Madrid.

For his part, the curator of the exhibition, Xavier Costa, added that some of the inventions that can be touched and operated were just ideas, sketches, only thought of by Leonardo, that he never got to assemble and that today, with technology current, they have been able to materialize in some cases correcting errors detected in their original calculations.

The total legacy of the multifaceted artist is made up of at least 7,000 drawings, codices spread all over the world, in Spain thanks to King Felipe II, who was an art collector, although it is believed that only a quarter of it has reached contemporary times. of his work and surprises continue to be discovered, a recent one in France, as well as some attempts at fraud as well.

“It is interactive, unique, because the public can handle the machines”, Costa has abounded, about this exhibition centered on a figure “an example of human thought, in a golden age of culture”. The aim of its promoters is to "awaken curiosity about Leonardo", knowledge of him. "There is always something about Leonardo that surprises you," he added.

The exhibition will be open to schools and in the morning and afternoon for the general public.

1 An almost deserted Congress, an image of the breakdown... 2 A missile hits a busy shopping center in Ukraine,... 3 Russian officer carrying Putin's nuclear codes... 4 Schedule and where to watch Cerúndolo-Nadal live 5 Small scare for Djokovic in his premiere 6 The forward of Espanyol begins to be scary 7 Doña Letizia dresses in polka dots for her meeting... 8 The smallest art movement in history: it had two members... 9 The Windcatcher Association and the 'Revista... 10 Transport and fishing, again against the ropes 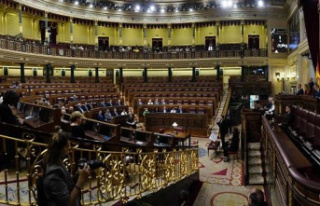 An almost deserted Congress, an image of the breakdown...