The hostage standoff at Amsterdam's Apple Store ended late Tuesday night with police driving into the hostage-taker in a car. 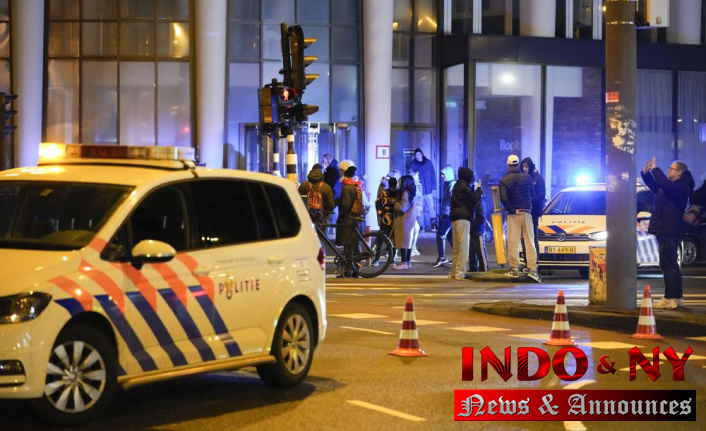 He fled from the store after the hours-long standoff. Police said that his hostage was safe.

Police tweeted that they could confirm that the hostage-taker was out of the Apple Store. "He is lying in the street, and a robot is inspecting him for explosives. He is being monitored from a distance by armed police officers. The hostage is now safe.

The police stated that the man didn't have explosives, and that medical staff were caring for him. His condition was not known.

It was unclear what the motive behind the incident was. AT5 local broadcaster suggested that the incident was caused by an attempted armed burglary. AT5 reported that witnesses heard shots being fired.

Numerous police officers, including highly armed specialist arrest teams, gathered around the store to seal off the Leidseplein square. They also asked people who live nearby, or in shops and cafes, to stay indoors. This square is located close to one the main shopping streets in the Dutch capital.

According to police, dozens of people were able to escape the store during the standoff. However, they declined to provide any further details.

A helicopter was heard flying overhead as police lines were established to keep people from the store. Police asked that hostages not be published or live-streamed "for the safety and well-being of those involved"

Video posted to social media earlier showed an armed man in the store holding another person. It wasn't clear how many people were present in the store.

Apple's Netherlands spokesperson did not respond to requests for comment.

1 Libya's PM is threatening to resign and threatens... 2 What are the Best eSports Games You Can Play in Pandemic 3 After criticism, the US has dropped Trump's name... 4 USPS receives final approval to order new delivery... 5 Prosecution of ex-officer in Breonna Taylor raid opens 6 The Trump criminal investigation prosecutor has resigned 7 UN: Governments are not prepared for wildfires that... 8 5 Important Historical Pharmaceutical Breakthroughs 9 After the Russian attack on Ukraine, sorting truth... 10 Russia's invasion in Ukraine causes Syria to... 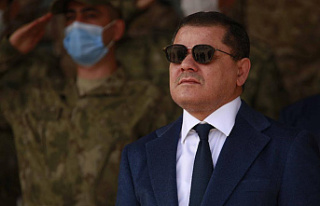 Libya's PM is threatening to resign and threatens...