A sport with special codes, linked to the industry, dependent on commercial relations, the nationalities of the drivers, television contracts, contributions from sponsors and, so often, on the parents' money, Formula 1 is usually called a 'silly season' (the silly season) to the section of the course that covers the beginning of summer and concludes with the first days of September and the Monza Grand Prix, where Ferrari traditionally liked to announce its pair of drivers years ago. 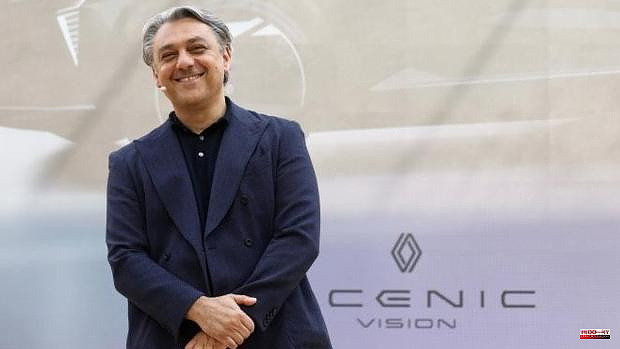 A sport with special codes, linked to the industry, dependent on commercial relations, the nationalities of the drivers, television contracts, contributions from sponsors and, so often, on the parents' money, Formula 1 is usually called a 'silly season' (the silly season) to the section of the course that covers the beginning of summer and concludes with the first days of September and the Monza Grand Prix, where Ferrari traditionally liked to announce its pair of drivers years ago. The silly session seems to be moving forward this year and Fernando Alonso could be one of the protagonists. The CEO of Alpine, a brand integrated into Renault, Luca de Meo, has cast doubt on the continuity of the Spanish driver in the French team.

Not in vain is he the driver with the most years of experience and experience in Formula 1. Eighteen seasons since 2001, with intervals of absence due to his year as a tester at Renault (2002) and his interruptus retirement (from 2018 to 2021), in the which was dedicated to the World Endurance Championship, the Dakar, the 24 Hours of Le Mans, the 500 Miles and others.

His return to F1 was produced by the horizon of such a giant regulatory change in the category that, in theory, the equality of parts and the budget limit should equal the speed of the cars. It was scheduled for 2021, but the pandemic delayed everything. Alonso completed a 2021 reunion with his midfielder and in 2022, with the technical revolution, he expected a more even line between all the cars.

This has not happened. Ferrari baptized its 2022 car with great expectation, the best racing car on the grid, but quickly the two giants that have disputed the last titles, Red Bull and Mercedes in Montmeló, have returned the status quo to Formula 1. Alpine, the hope de Alonso, his 'Plan' to achieve a third title, is outside that ranking.

In six races, Alpine is roughly where it was the year before. Fifth team, possibility of regularly reaching Q3 on Saturdays and the points on Sundays, but little else in appearance. A victory for Ocon in Hungary and a podium finish for Alonso in Qatar in 2021 are the exceptions to the rule.

Suddenly, perhaps earlier than usual, there has been talk of Alonso renewing with Alpine. The Spaniard ends his contract and, being the legend that he was, the echo of the situation is multiplied by twenty. The pilot commented the other day in Barcelona that he would decide his future in the summer, in the middle of the official 'silly season'.

And his team, through the team's director, Otmar Szafnauer, explained that it would be "foolish" not to consider the renewal of Alonso (41 years old in July) as an option for the future.

More or less normal posture of both parties. It happens that on Sunday Luca de Meo arrived, the CEO of Renault, therefore head of Alpine, the man who promoted the signing of Alonso by the team, and sowed a trail of doubts regarding the Spanish.

"We love Fernando very much, and the work he is doing is incredible for the team, but we have to find a solution for everyone, also Esteban and Oscar," De Meo said on Dazn. He is referring to Esteban Ocon, with a contract in force until 2024, and Oscar Piastri, the Australian from F2 who aspires to take Alonso's seat in the French team.

De Meo had a lapse or a memory lapse when he made this correction. "Fernando has done... he is doing an incredible job...".

Alpine's CEO moved away from Szafnauer's position, his message very different from the one he launched when Alonso was signed and the Italian manager considered him the pillar on which the new dimension of the team was being built.

In between, the rumor of a possible interest of Aston Martin by Alonso has arisen. The car of the millionaire father of Lance Stroll is one of the weakest of the course. Stroll has achieved two points and Sebastian Vettel, four.

1 Mbappé's house in Madrid, the power of his mother... 2 Where is Lester Lescay?: Cuban athletics is bleeding 3 Atlético finishes third and Villarreal will play... 4 Life sentence for the Russian soldier who killed a... 5 Two Spanish sisters are murdered in Pakistan to "wash... 6 Biden warns that the US will respond militarily if... 7 Turn of the screw in Afghanistan: TV presenters forced... 8 Language and identity: the other war in Ukraine 9 The war in Ukraine, live | Life sentence for the Russian... 10 UN visits Xinjiang to investigate allegations of 'genocide' 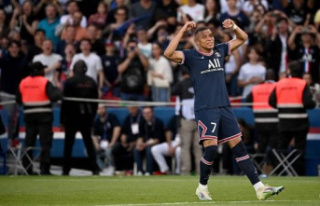 Mbappé's house in Madrid, the power of his mother...