Alonso charges against the referees: "The stewards were incompetent"

Fernando Alonso has held two events in Barcelona and an official press conference during the Spanish Grand Prix, which is being held this weekend in Montmeló. 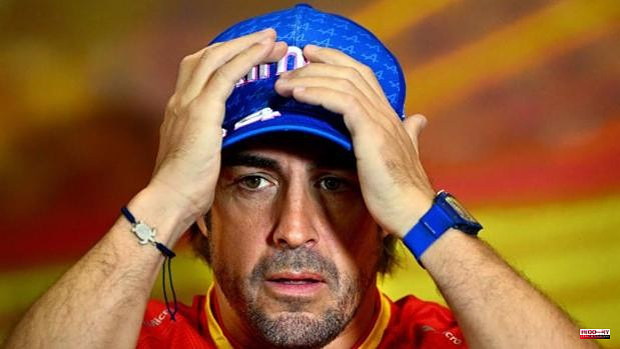 Fernando Alonso has held two events in Barcelona and an official press conference during the Spanish Grand Prix, which is being held this weekend in Montmeló. After responding at the promotional events for Madrid, the Champions League final or Mbappé, the Spaniard spoke about cars on the circuit. And he was forceful throwing very hard. He charged against the Formula 1 referees, the judges who interpret the regulations.

Alonso received a second penalty in Miami for skipping a corner and theoretically taking advantage, a situation that the driver denies. "It was unfair, they weren't very professional," he said to begin with.

And he deepened: «It was unfair, we believe it was very unfair, there was incompetence of the commissioners. They weren't very professional in Miami, I missed a corner and then I gave back all the lap time, but when you miss a corner you see the gain in the sector.

They made the decision without asking us for evidence, we took the evidence after the race with the time we returned but they weren't even in the room, they were cleaning up. We asked them for five minutes, but they could no longer reverse the penalty. It was really bad, honestly. It's already the past, but... it's something that can't happen in Formula 1, with the professionalism and standards it has."

After the departure of Michael Masi due to the turbulent end of the 2021 season with Verstappen and Hamilton playing for the title, there are new stewards in F1. Niels Wittich has been in charge of directing F1 in the first five races. In Montmeló the management will rotate and Eduardo Freitas, who comes from the WEC (World Championship of Resistance), will be in charge.

Alonso had a few words for them. “We have seen a couple of things already, we have to improve a lot. In racing you need experience and knowledge before being a race director. I don't think that knowledge is up and running right now. I know that here (in Barcelona) there is a new race director and Freitas has more experience in the WEC and other categories at the highest level. That will prove it. After Carlos and Esteban's accident in Miami we asked for Tec-pro barriers, and nobody did anything. When you don't have that knowledge about racing, it's hard."

1 Leopoldo López, on Ukraine: "The fight for your... 2 Former Police Director Eugenio Pino, sentenced to... 3 The Granada City Council of Salobreña removes Olona... 4 The CNMC analyzes in depth the purchase of Alquibalat... 5 They investigate a gang rape of a young woman leaving... 6 Sainz: "Hopefully the improvements give us some... 7 Successful participation in the charity gala dinner... 8 A study shows that the common mosquito does not transmit... 9 Education will increase the number of language assistants... 10 The PSOE raises the tone against the King Emeritus:... 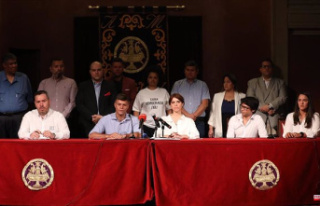 Leopoldo López, on Ukraine: "The fight for your...