Alonso, between the fire and the uncertain future

It is four in the afternoon and a curious snapshot is produced on the Montmeló circuit. 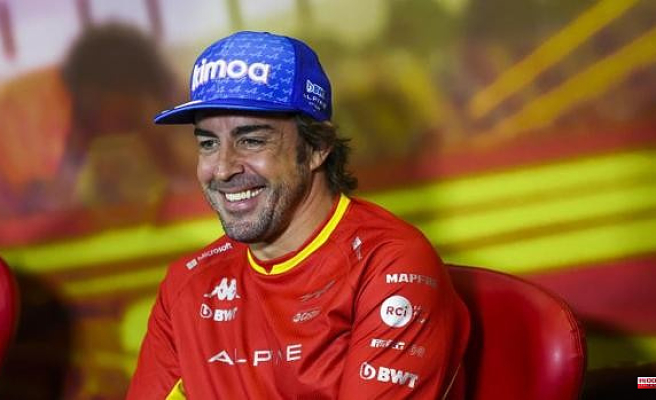 It is four in the afternoon and a curious snapshot is produced on the Montmeló circuit. Fernando Alonso sits on the terrace of his team's camp, Alpine, with the president of the International Automobile Federation (FIA), Mohammed Ben Sulayem. They chat and gesticulate in full view of the world after the Spanish driver lashed out at the FIA ​​stewards for the second five-second penalty that left him without points in the Miami race. "It was unfair, there was incompetence of the commissioners," he charged. The meeting is not short, more than fifteen minutes, and ends with a hug between the two. Politics and peace go hand in hand on that balcony, in an image that shows that Alonso continues with the fire in his body (he was left without two points in Florida) and full of influence in his world (the president in person went to chat with the).

Photography could symbolize the present: Alonso is torn between the weight of his past, his irrepressible desire to be champion again and the doubt of a team that has not managed to improve its car with the new regulations that returned the Spaniard to Formula 1 .

"All good, all good," Alonso greets by way of summary without specifying much more about the content of the meeting. Five hours earlier he had unloaded his easy verb against the new F1 referees, Niels Wittich, the one he commanded in Miami. And Eduardo Freitas, the one who rotates and governs in Barcelona. «They were not very professional in Miami, I missed a corner and then I gave back all the time per lap, but when you miss a corner you see the gain in the sector. They made the decision without asking us for evidence, we took the evidence after the race with the time we returned but they were not even in the room, they were collecting.

And he elaborated on the matter: «We have seen a couple of things already, we have to improve a lot. In racing you need experience and knowledge before being a race director. I don't think that knowledge is in the running right now." A full blown blow that shows that the old impetus that Alonso always showed in his profession has not faded.

Alonso only has two points in the 2022 World Cup, placed sixteenth out of twenty drivers. A small cataclysm that has more to do with misfortune than with lack of capacity. His teammate Ocon has scored 24 points with the same car. «I see Fernando as motivated as always, to the fullest. As soon as he gets in the car, he wants to win. He always wants to win, even in karting. I continue to highlight his motivation and his hunger for victory. It is a pleasure to work with him," says the Frenchman in a meeting with the Spanish press.

That position so far behind Alonso is not a lie at all. The Alpine was the fifth car in performance last year and continues in that ranking, without advancing and this course harassed by two theoretically inferior cars, AlphaTauri and Alfa Romeo. The season began with a magnificent slogan devised by the man from Oviedo and the campaign has dissolved like a sand castle. The 'Plan', which was nothing more than the driver's enthusiasm to return to victories, has ceased to be a topic of conversation among fans. The best plan would be for there to be a plan B to elevate the Spaniard to the pedestal occupied today by Ferrari and Red Bull, the only two cars with a winning appearance.

Mercedes, which is progressing after a horrible start to the year, has had something similar to what happened to Alonso. Accustomed at the beginning of his career to discussing victories and titles, he has spent almost a decade without success (his last victory was nine years ago with Ferrari, 2013, here in Montmeló). That is why Alonso repeats these days a mantra regarding Hamilton. "Welcome to my world," he told her yesterday. He refers to the fact that Formula 1 is never going to be a fair sport, since the result depends more on the car than on the driver. “Lewis is driving as well as he has in the last eight years. And he was a second behind in Australia », he summarizes in an interview with the BBC.

Alpine has raised a future perspective around Esteban Ocon, with a long-term commitment until the end of 2024. Alonso ends his contract this winter and rumors have begun to flutter around him. The name of Aston Martin is slipped and the pilot does not enter the game. «In summer I will decide what I do», he commented in one of the events that he has had this weekend in Barcelona. In Australia he left a sentence for the strategy board. «I will run two or three more years. If it is with Alpine it will be good, if it is with another team it will also be good.

The reality is that, with the new technical rules, Alpine has not made a jump in speed. "It seems that other teams at least seized that opportunity and it seems that we didn't fully seize it," he told the BBC. The problem for Alonso is that none of the leading cars, barring Hamilton retiring and Mercedes getting their strength back, seem to have room for him. "The next two years I want to continue driving because I feel at my best."

1 NASCAR Pinty's: another Quebec preserve 2 The 10 most expensive drugs administered by Osakidetza 3 “It is very cruel not to be able to receive treatment... 4 A 3-month-old baby is the first Basque to receive... 5 "I want to make my own way" - Henri Picard 6 Daily horoscope May 21, 2022 7 Monkey pox: 5 confirmed cases, the shipment of vaccines... 8 Water safety: two drownings in less than 24 hours 9 Urgent need 10 Play a club look 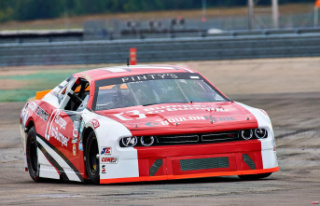