They are said to have planned a coup and trained in part with weapons: the federal prosecutor's office had 25 people from the so-called Reich citizen scene arrested. 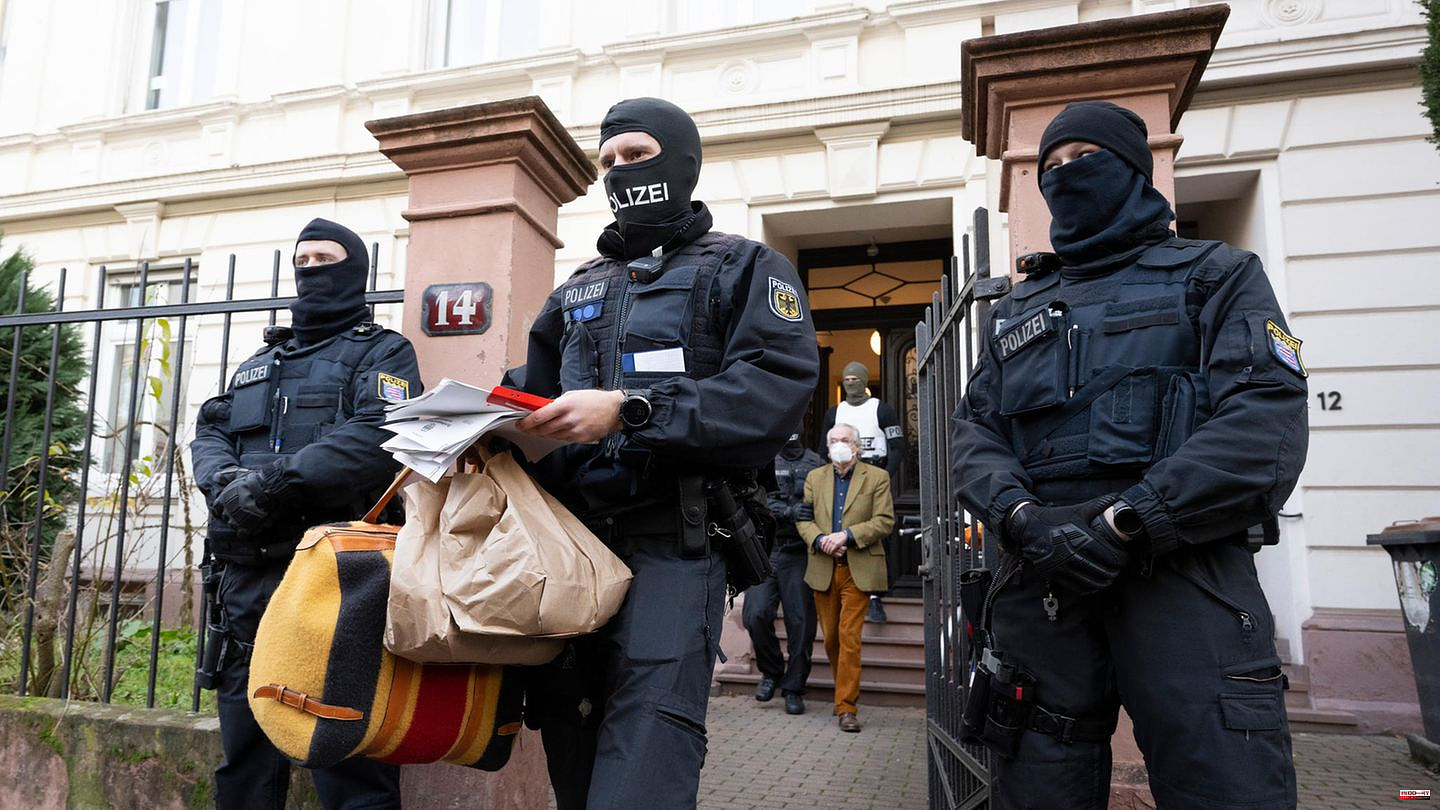 They are said to have planned a coup and trained in part with weapons: the federal prosecutor's office had 25 people from the so-called Reich citizen scene arrested. Around 3,000 police officers were on duty in eleven federal states on Wednesday morning, a spokeswoman for the federal prosecutor's office in Karlsruhe told the German Press Agency. The terrorist organization wanted to overthrow the state system in Germany and replace it with its own, the basics of which had already been worked out. She would have accepted death for that.

22 of those arrested are said to be members of this terrorist organization, two of them ringleaders. Three others are considered supporters. There are also 27 other suspects, said the spokeswoman. More than 130 objects were searched. The investigations of the federal prosecutor's office are also aimed at a soldier from the Bundeswehr's Special Forces Command (KSK) and several Bundeswehr reservists. The federal prosecutor's office wanted to start questioning the first arrested on Wednesday, the spokeswoman said.

The raids caused dismay, especially among the traffic light coalition. At the same time, top politicians from the SPD, FDP and Greens emphasized the ability of democracy to defend itself.

The fact that a former AfD member of the Bundestag is also among the suspects is very worrying, said Rolf Mützenich (SPD) on Wednesday in Berlin at a joint press appearance. He continued: "The fact that parliament is obviously becoming more and more the focus of those who are prepared to possibly use violence affects parliamentarians, but that must not prevent them from doing their work."

SPD parliamentary secretary Katja Mast welcomed the raids by the security authorities in the morning: "Our democracy was, is and will remain defensive," she told the AFP news agency. "Our values ​​have to be defended anew every day," Mast continued. "There are forces that work every day to undermine our democracy. And our constitutional state must and can defend itself against this," said the SPD politician.

"This morning shows that the state is able to defend itself against the internal enemies of democracy," said SPD parliamentary group leader Dirk Wiese on the t-online portal. "One shouldn't dismiss the violent fantasies of the Reich citizen scene as slapstick or madness," he warned against underestimating those involved, who would not shy away from violence either.

Green party leader Katharina Dröge said: "We take what we learned today very seriously. Right-wing extremist terrorism is one of the greatest threats to our democracy." With the raid in eleven federal states, the authorities managed to "put a stop to very concrete plans to seize power and to smash a network of enemies of our democracy," said Green Party Vice President Konstantin von Notz on Wednesday the news portal t-online. The attack on the Capitol in Washington has shown that anti-democratic speeches can also be followed by anti-democratic actions. "This danger must be taken very seriously."

The AfD itself responded with a statement from AfD federal spokesmen Tino Chrupalla and Alice Weidel. "Like most citizens, we only found out about the case today from the media. We condemn such efforts and emphatically reject them. Now we have to wait for the investigations. We have complete trust in the authorities involved and demand a quick and complete enlightenment."

The President of the Bundestag Bärbel Bas (SPD) also thanked the security authorities for their actions against the so-called Reichsbürger scene. "The measures show that our democratic constitutional state is attentive and able to act," said Bas of the "Rheinische Post". Bas thanked the Attorney General and all police forces involved for their efforts. "Now we have to wait for further investigations," she said.

Federal Interior Minister Nancy Faeser (SPD) spoke of an "abyss of terrorist threat" with regard to the alleged coup plans. "As far as the investigations are concerned, the suspected terrorist group uncovered today is driven by violent fantasies of revolution and conspiracy ideologies," explained Faeser in Berlin. The minister announced that such efforts would continue to be "tough".

"Our constitutional state is strong. We know how to defend ourselves with all our might against the enemies of democracy," explained Faeser. "I would like to thank the more than 3,000 federal and state police forces for their dangerous work today to protect our democracy." The security authorities of the federal and state governments "worked together excellently under the direction of the Attorney General". 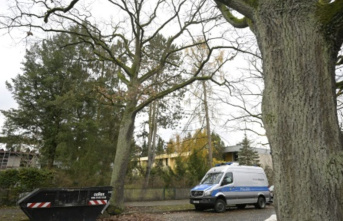