Algeria has prohibited imports from Spain due to the government's turn in the matter of the sovereignty of the Sahara. 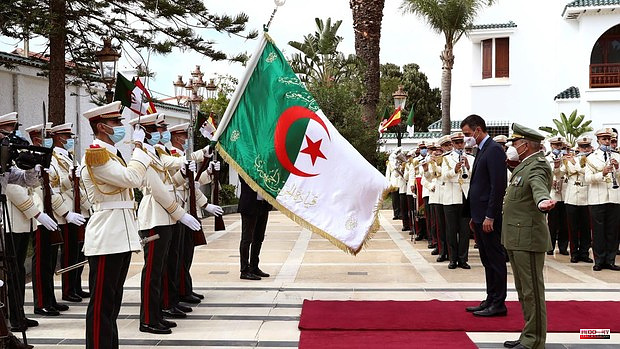 Algeria has prohibited imports from Spain due to the government's turn in the matter of the sovereignty of the Sahara. Hours after learning that Algiers had broken the Treaty of Friendship between Spain and Algeria, a new reaction to the change in the Government's position in its relationship with Morocco and Western Sahara has been published.

As reported by Reuters, the Association of Banks and Financial Entities of Algiers (Abef) has sent a statement freezing all bank direct debits obtained from foreign trade with Spain. The measure, which Abef has asked to be strictly applied, comes into force this Thursday, May 9.

The Foreign Minister, José Manuel Albares, this afternoon, had pointed out that Algeria has always given guarantees "at the highest level" as a "reliable partner" on migration and gas issues.

Hours earlier, Algiers had announced the rupture of the Treaty of Friendship and Cooperation between the two countries, justifying it in that Spain had violated "its legal, moral and political obligations as the administering power of the territory" of Western Sahara due to the "unjustifiable" turn of its position , according to a statement released by the Maghreb country.

The Government of Pedro Sánchez changed the traditional Spanish position on the conflict between Morocco and the Sahara, a former Spanish colony. In a statement released by Morocco, —and days later it was confirmed with the publication of the letter that Sánchez sent to Mohamed VI— Spain's adherence to the 2007 Moroccan proposal for autonomy under the sovereignty of Rabat was announced.

This diplomatic 'swerve' generated enormous discomfort in Algiers, which called its ambassador in Madrid for consultations. This Wednesday, after Pedro Sánchez's speech, in which he ratified Spain's new position with the Sahara, Algeria raised tension and broke the Treaty of Friendship and bilateral Cooperation, signed by both countries in 2002.

1 1-2: Valdepeñas takes advantage in a magical minute 2 Reborn in Madrid de los Austrias 3 Clara Villalón shares her favorite restaurants, shops... 4 What to do in Madrid this weekend: Flamenco, books,... 5 The zarzuela brings joy back to Veranos de la Villa 6 Photographic mission through the geography of Madrid... 7 Ayuso leaves sexual development out of the Early Childhood... 8 Victory or trouble in Geneva 9 Noc Brut Rosé 2019: a sparkling transgressor 10 Where to discover flamenco this summer 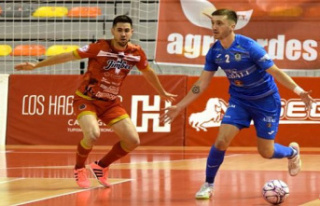