The Algerian government, through the mouth of its official APS press agency, has lashed out this Tuesday against the Minister of Foreign Affairs, José Manuel Albares, whom it has called an "arsonist" for insinuating that Russia would be the power behind the last steps of Algiers and has questioned Albares' ability as a diplomat while he is on a plane en route to India. 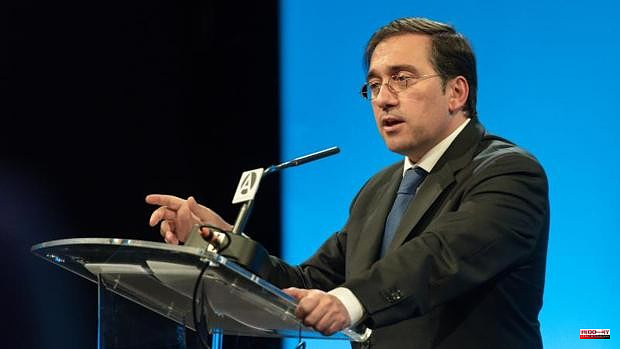 The Algerian government, through the mouth of its official APS press agency, has lashed out this Tuesday against the Minister of Foreign Affairs, José Manuel Albares, whom it has called an "arsonist" for insinuating that Russia would be the power behind the last steps of Algiers and has questioned Albares' ability as a diplomat while he is on a plane en route to India.

Under the title "Algiers-Madrid: the arsonist Albares flees forward", the state agency publishes an opinion piece in which it blames the Foreign Minister for this "unprecedented crisis" between the two countries and questions "the ability of a unworthy diplomat» of Spain and the Spaniards for having looked to Brussels to seek its support after the announcement by Algiers that it was suspending the Treaty of Friendship.

In this sense, Algiers accuses him of "manipulating" the High Representative for Foreign Policy of the EU, Josep Borrell, and of "clouding the credibility" of the European Commission for the "baseless statement against Algeria" published as a result of the visit of Albares on Friday, in which he warned of possible actions if he verified that the Association Agreement between the Maghreb country and the European bloc had been breached.

Likewise, in the statement Albares is blamed for his "guignolesque statement" from Brussels, assuring that Spain seeks dialogue "with a disrespectful outline language and above all, unworthy of his position" and that contrasts with other "illustrious diplomats and ministers of Foreign Affairs of Spain inscribed in the pantheon of international diplomacy".

But the most "grotesque thing about this guy" in charge of Spain's foreign policy, APS maintains, is that on his return from Brussels "he gave anyone who wants to listen to understand that he is neither more nor less Russia, Putin himself, who would be at the origin of this crisis.

Algiers has seen in it a "regrettable indirection to the United States and NATO to help a small minister overcome by his own vileness, after having tried in vain to mobilize the EU."

In Algeria's opinion, as stated in the article, it is Albares, who is branded as an "amateur minister", who is responsible for the "flight forward" that led to the change in the Government's position regarding the Sahara and who has "ridiculed his government, isolating him both within Parliament and from Spanish public opinion".

The Foreign Minister "continues to aggravate a crisis (...) that could have been avoided" but did not take into account that the "betrayal of the Saharawi cause" would arouse something more than "a temporary epidermal anger on the part of Algeria ». "It is a misunderstanding of Algeria and its defense of international legality," the article maintains.

«History will not retain much of Albares, because nothing great is born from smallness. Exacerbating the crisis between Algeria and Spain and wrapping it in a language borrowed from the Cold War does not make Albares any bigger, "the article concludes.

1 The PP accuses the Government of Albacete of paying... 2 Google's AI controversy over'sentient'... 3 Use ultrafast lasers to probe the next-generation... 4 The Canary Islands advance in a "green transformation"... 5 The eve of Corpus Christi arrives with the floral... 6 Frank Clark excused from Chiefs' mandatory minicamp... 7 Golden Tate tries his hand at baseball 8 Nine out of ten family entrepreneurs will maintain... 9 Senior municipal officials rebel against Sánchez... 10 A minor enters the Canillas police complex, steals... 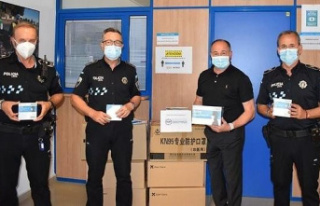 The PP accuses the Government of Albacete of paying...