Alejandro Climent, winner of the Cutty Sark Spirit of Adventure in Gijón

Alejandro Climent manages to climb to the top of the podium in the first regatta of the Cutty Sark "Spirit of Adventure" FKSS in the waters of the Cantabrian Sea. 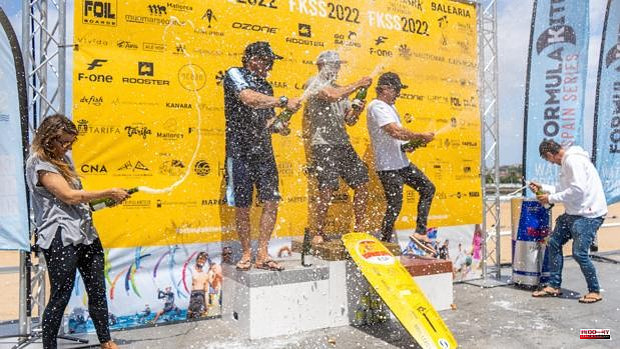 Alejandro Climent manages to climb to the top of the podium in the first regatta of the Cutty Sark "Spirit of Adventure" FKSS in the waters of the Cantabrian Sea. The Asturian Diego Anta gets a first position in the F-one Amateur class, while the Catalan Pau Soler takes the first place in the Advanced class.

The weather report for the last day of the Cutty Sark “Spirit of Adventure” FKSS in Gijón was quite discouraging at the beginning of the morning. However, early in the day the sun was shining and a hopeful wind was blowing on the regatta field, with the classic sheep being visible at the head of the waves.

Unfortunately, as the morning progressed, the wind began to die down.

The regatta committee at 10:30 in the morning registered an intensity of between 4 and 6 knots in the water and in an attempt to take advantage of the day, they decided to raise the Delta flag on the central beach of San Lorenzo but no more than 5 minutes when the committee recorded a drop in intensity to just 3 knots, forcing the postponement flag to be raised.

A couple of hours later, the Race Officer, Alexandre Duran, decided to try again, but once again the wind died down. Finally, seeing the behavior of the wind as well as the weather report, which foresaw that the situation was not going to improve, the race committee decided to end the day around 2:00 p.m.

The situation of absence of wind added to the rain of the previous day, gave as a result that the configuration of the final podium of the Cutty Sark "Spirit of Adventure" FKSS in Gijón was determined by the classification obtained in the six tests that were held in the first day of competition.

In this way, the Valencian Alejandro Climent took home the first prize in the Open Pro category, followed by the twelve-point tie between the British Jack Mckendrick and the Argentine Federico Aguilar.

After competing for the first time in the Cutty Sark “Spirit of Adventure” FKSS and also doing it in his own home, Diego Anta from Asturias climbed to the top of the podium in the F-one Amateur class. On the other hand, Pau Soler from Barcelona managed to take first place in the Advanced category.

After the award ceremony on the same San Lorenzo beach promenade, Sergio W. Smit, director of the Cutty Sark "Spirit of Adventure" FKSS commented "With this stop in Gijón we have fulfilled one of the objectives of the circuit, promoting and supporting Formula Kite and kite foil on all the coasts of Spain. In 2020 we tried it in the Basque Country but the Covid-19 prevented us just two days before the start of the test but on this occasion, although the wind has not finished giving us its best face, we have seen the great potential for the celebration of nautical events in Gijón. In addition, both sailors and companions and the organization have enjoyed the excellent Asturian cuisine.”

1 A woman will referee the final of the Moroccan Football... 2 Tim Lubat, champion of the Spanish Optimist Cup 3 The “Decoexsa” won the third edition of the EKP... 4 Fall in the North River: the search is still underway... 5 Hindley crowns the iconic Blockhaus and Juanpe suffers... 6 Montpellier-PSG: Mbappé, a star at the center of... 7 Sweden's ruling party supports applying for NATO... 8 Fencing: Cannone wins his first World Cup victory 9 Ligue 1: Bordeaux striker M'Baye Niang dismissed... 10 The Treasury closes the May auctions next week, reopening... 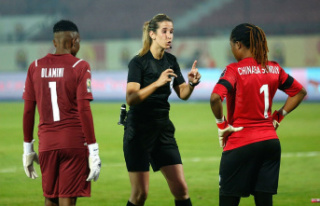 A woman will referee the final of the Moroccan Football...