This Sunday was held in Villaseca de la Sagra the semifinal of the VIII Silver Potter, a contest for bullfighters without pickers, in which Alejandro Chicharro cut off the only ear. 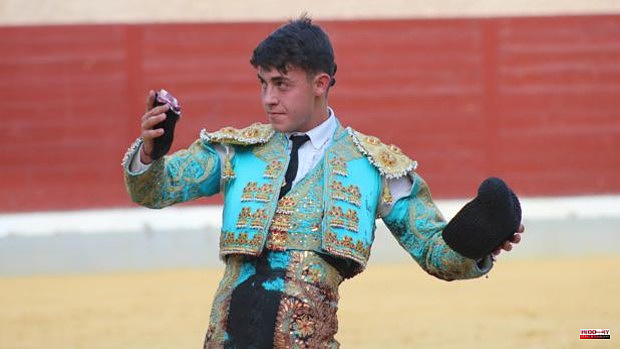 This Sunday was held in Villaseca de la Sagra the semifinal of the VIII Silver Potter, a contest for bullfighters without pickers, in which Alejandro Chicharro cut off the only ear. In addition, Miguel Losana walked around the ring, Tristán Barroso was applauded, Nino Julien heard light clapping and silence reigned in the performances of Nek Romero and Jarocho.

Three erales (the first three) of Toros de Castilla were fought, which were manageable; and another three from La Olivilla, brave and very well presented, receiving applause at the start and in the drag. The fourth, 'Feriante', was turned around the ring.

Frenchman Nino Julien was willing with the sticks, but not successful. The task did not take flight.

Despite not reaching the public, Julien wanted to do everything with a lot of technique, charging luck and giving the necessary times. He pulled the final arrimón and closed by ballet flats before leaving half a hold that required pithing.

Nek Romero was willing. The second was a rather fanatical animal that he banderilleó with will, but poor execution. Very firm with the crutch for both pitons, he endured stoppages. Though he lifted her feet off the ground, he didn't dampen his will. He lunged straight for the kill, burying some of the steel and requiring two retries.

The third was damaged in the remove. Alejandro Chicharro toasted the public and there were naturals of carats. He gave her distance and was willing before an animal obedient to touches. Task full of will in which he was seen to be very capable and which he fastened with a great lunge.

The fourth was warmly received by Miguel Losana on his knees. The animal did not do anything ugly, but the banderilleros panicked. With the crutch an animal with class and depth was seen. Losana wanted, gave distance and the animal responded. The task was not signed with the sword and the kid gave a very meritorious return to the ring.

Tristán Barroso warmly greeted the bulky fifth. The animal forgave Jarocho son in the remove and his father in banderillas against the boards. The novillero gave a recital of command and arrests before an animal that was not easy and that gave him a tarascada. Too bad the sword blurred everything.

The sixth came out with many feet and Jarocho received it with pleasure. Julien removed for Navarrese and the dynasty bullfighter toasted the respectable. He attacked with all the animal and Jarocho was firm and prescribed some good crutches without giving roundness to the work. The sword didn't work either.

Sunday June 26. Villaseca de la Sagra. Semifinal of the VIII Silver Potter. Steers from Toros de Castilla (1st, 2nd and 3rd) manageable; and La Olivilla, brave and very well presented, applauded at the start and in the drag. The 4th, 'Feriante', was turned around the ring.

- Miguel Losana (cauldron and gold), return to the ring

1 The PP will seek a new fracture of the Government... 2 This is the plane that transports 'The Beast'... 3 Biden's 'Air Force One', the most recognizable... 4 Innovative entrepreneurship shakes off the fear of... 5 Textile sales, in tension due to inflation and the... 6 A huge security and logistics device travels with... 7 'The Beast', Biden's armored limousine... 8 The Mobile World Congress will continue in Barcelona... 9 Engineers advocate reopening rail tracks for freight 10 Castilla y León remains in the national political... 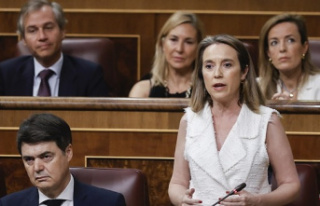 The PP will seek a new fracture of the Government...