Attending a few days on the river moved him inside and decided that he had to do something. 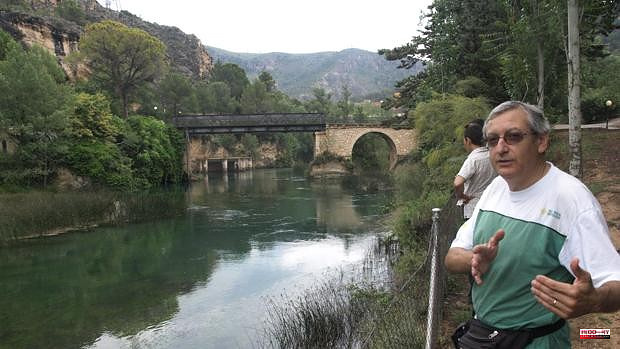 Attending a few days on the river moved him inside and decided that he had to do something. From there, the Platform in Defense of the Tagus was born in 2009, chaired by Alejandro Cano together with a group of brave people who fight to raise awareness about the dramatic situation of the river and its consequences for life. Next Sunday, June 19, marks the 50th anniversary of the prohibition of bathing in the Tagus and the river is still just as sick or worse, without water, with foam, bad smells... This same week, the Chair of the Tagus denounced that "barely a trickle of water was capable of overcoming the Safont dam."

You have been fighting in defense of the Tagus for many years. Have you often felt powerless?

—Yes, because institutional laziness continues to prevail and because ridicule and picaresque continue to dominate in order not to comply with European and national water regulations, just as it dominates the action of water pressure groups, anchored in an extractivist culture. first and patronage later - that has permeated society without amendment for 120 years. However, that impotence is much less when collectively considering this fight.

The river remains the same or but, but it seems that there is some light, that at least society is changing. The 'Música del Tajo' Festival organized by the Royal Foundation in Toledo has been a success and the Cátedra del Tajo is loudly raising its voice. Do you think that people are more aware of the sad situation of the river?

There is more talk about the Tagus in all areas because social groups have removed it from its anonymity and we have awakened hope in the public. But that does not mean that people are more aware, since in general rivers continue to be conceived as water channels to be tamed and put at the mercy of the slavery of various economic and political interests. There is almost no conception in society that rivers function as living organisms and that the fluvial systems that they form are the backbone of much more wealth and life than we are accustomed to assigning them. That rivers are a source of life far beyond the wealth that we economically attribute to them is not a pretty phrase that we have simply made fashionable; they are the arteries, veins and capillaries through which the blood of our territories that we host circulates.

What do you think is the main problem of the Tagus River: the transfer or the contamination?

These are two different problems that reinforce each other. Considered in isolation, without contamination we would have a reduction in flow that would leave the Tagus without the fluvial dynamics that characterize it as a river: we would have a river with a flat encephalogram, with hardly that pulse of floods and low waters that gives life to all Iberian rivers; without transfers we would have a septicemic river, loaded with pathogens and toxins that would impede health throughout its flow. Taken together, the resulting problem is even greater, since, due to the effect of the withdrawal of natural flows, the river does not have the necessary conditions to carry out the natural processes of self-purification, even for little contamination.

What would you say to those who have proposed the new flows of the new Tagus Hydrological Plan?

That, to begin with, the implementation of ecological flows in the Tagus will not be such if they previously need to agree on the transfer system with the receiving basins. It is what has happened. In addition, they know very well that the concept of ecological flow is not reduced exclusively to a circulating amount of water; this may be a component of the ecological flow but the concept is much broader, it is a holistic concept in which all forms of life associated with the river and their requirements of quantity, quality, morphology, regime, etc. must be present. And that also implies that not all the uses of the river can have a place in all its sections, because each intervention is an impact to consider and add to others already existing. But that, they know much better than me. Therefore, the new ecological flows are in reality political flows.

Do you think that the only solution to bring life back to the river is the suppression of the Tagus-Segura?

No, because the lack of vitality of the Tagus, as I have said, depends on more factors; the Tajo-Segura transfer is just one of them. Also, when we save a withdrawal of water to the river we do not return it to the river; there is a list of “water vultures” waiting their turn, be it new irrigation, new reservoirs, new supplies, new industrial projects, etc. In fact, before the end of the Tajo-Segura transfer occurs -and in order not to lose a trick- the Castilla-La Mancha Community Board has already planned and authorized transfers to the Guadiana. And all this under the hackneyed and fraudulent pretext that the Tagus is a river in Castilla-La Mancha. Even without the transfer, folly, stupidity and the premeditated absence of political coherence will continue to prevail against the obligatory principle of prudence and precaution.

What alternative would you give to the irrigators of Murcia and Valencia?

The same that was thrown by the Iberian Water Congress held in Talavera 10 years ago: self-sufficiency. All living beings have developed in the environment that has been favorable to them and this has generated a very wide variety of ecotypes because each one has done so in the conditions that the environment has given them. Basing development on a resource that you do not have or that you barely have can only generate conflicts. And that's where we are.

Are desalination plants the solution?

For the Tagus, of course not. But it would not be more aberrant than taking water from the center of the peninsula to the coast. Yes, I know that you are referring to desalination for use by agriculture in Levante. But it is that we are changing the order of the terms because the problem of the Tagus is not that in Levante they do not have as much fresh water as they would like; that is not a problem of the Tagus but of Levante's audacity to, as I say, base its development on a scarce resource for them. Therefore, answering this question - let's say, poorly formulated - would be as much as assuming that the Tagus is to blame for the fact that in the 1960s Levante did not have the agrarian development that it has now.

Will the Tagus River one day be clean again?

Of course. It is only enough that that stupidity and political incoherence that I previously pointed out disappeared and common sense according to existing knowledge prevailed by nature. That imposition will come by way of our suppression as actors or by the suppression of our actions. The choice is in our hands.

And do you think it's possible for us to bathe in the river again?

It is possible if only because it already was. It is only about reversing the things that have been done wrong and that are perfectly identified. To bathe in summer what is needed is that the water of the Tagus is suitable enough. And that is achieved by removing spills not compatible with that ability. We have European legislation that obliges us to do so and that says that if the established procedures are not sufficient to achieve good water status, we are obliged to place greater restrictions on ourselves. And it is not on a whim nor is it by law, it is that we know that in this wonderful and exceptional place that we call planet Earth we are passing through and giving way to other generations. Therefore, as guests that we are, we live on borrowed money and it is fair that we return what we borrowed in the most similar conditions to those in which we received it. If each legislature, if each generation, if each stage of our lives were presided over by this consciousness, then this planet would have something more wonderful to add: its homo species, its guardians.

1 Hundreds of complaints about the poor organization... 2 «Essentia» and «Momo», winners in Sanxenxo 3 A camera breaks all records: it is sold for 14.4 million... 4 Now available the 15% discount on metropolitan transport 5 Toledo celebrates the Virgin of the Star 6 The Valladolid Book Fair lowers the blind successfully... 7 Top hobby, team in the pit 8 Spain - Czech Republic live: Luis Enrique makes nine... 9 The heat wave will keep temperatures elevated at least... 10 The young man drowned in Navacerrada did not know... 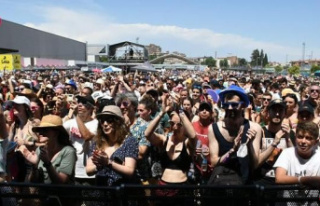 Hundreds of complaints about the poor organization...