Alejandro Blanco: «We must resume the dialogue with whoever wants to participate»

The Spanish Olympic Committee, through its president Alejandro Blanco, clarified its position on the Spanish candidacy for the 2030 Winter Olympics. 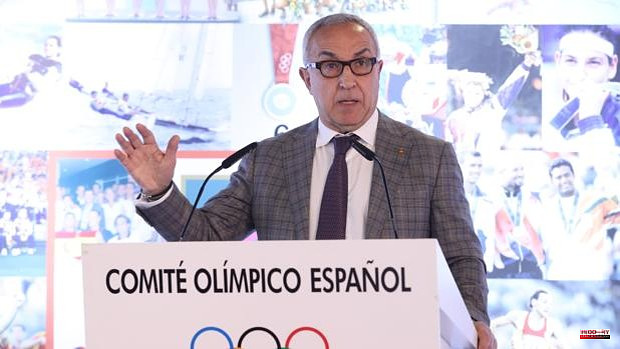 The Spanish Olympic Committee, through its president Alejandro Blanco, clarified its position on the Spanish candidacy for the 2030 Winter Olympics. The recent statements by the president of the Community of Aragon, Javier Lambán, damaged the image of the COE, accused of "not listening to any type of proposal presented by the neighboring region of Catalonia". The main problem of the two communities is related to the distribution of the disciplines.

The president wanted to clarify from the beginning the issue of the candidacy for the 2030 appointment. The process, which began as a whole 12 years ago, evolved a lot. A technical commission was born with the representatives of the government of Spain, Catalonia and Aragon and the COE, a solution that was chosen to "make a debate as democratic as possible," Blanco stressed.

The president insisted that “six meetings were held in this commission and it was only discussed from a technical point of view. Snow distribution was discussed and the solution found at the fifth meeting was as follows: cross-country skiing, biathlon with a total of 54 tests in Aragon. While in Catalonia there were 42 tests left.

From the point of view of the president of the COE, this was the closest point between the two parties because since the following meeting things changed. "After the meetings we summoned a representative from each Community to approve the proposal, but Aragón stated that he did not agree," added Blanco, explaining that the governments, meanwhile, were aware of the meetings.

Then other "political" meetings were organized to try to resolve the differences, but it was "here that another change was proposed, for which Aragon demanded proof of the relegation that we granted in exchange for others in favor of Catalonia so as not to alter the total number of tests ». This was the most critical moment of the candidacy, and for these reasons Blanco decided not to continue with the talks because "it could not go on like this."

The Olympic Games will have a significant economic and social impact for the country and the Spanish Olympic Committee is "trying everything to reach an agreement", the president clarified without leaving room for other political terms because "the issue of the Olympics would have to be purely technique".

At the end of the conference, Blanco wanted to clarify that the efforts being made are to present a candidacy, but it must be done quickly because, as he recalled, “although there is no fixed deadline like before, the other candidacies are already much more advanced than us. Then we must resume the dialogue with whoever wants to participate.

Spain, due to recent events, canceled the visit of the international technicians because it could not guarantee a candidacy and, moreover, it could not show this image of division when the key was a project with understanding, dialogue and respect.

1 SIL 2022 expects to exceed 12,000 visitors and add... 2 Cosmetic surgeons report that 80% of operations are... 3 The author of the shooting in Texas announced his... 4 Bittersweet victory for citrus growers: Brussels approves... 5 Zamora brings together nine of the most emblematic... 6 Ceferin opens another front against Madrid 7 Open days at the Bruc barracks in Barcelona from this... 8 The controversial 1927 Law that relaxed gun legislation... 9 “I have a little surprise”: a lonely and marginalized... 10 Afghan TV presenters cover their faces live in support... 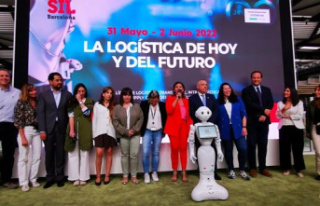