The fact that the town of Alcázar de San Juan prospered thanks to the railway station, a definitive breath of animation and cosmopolitanism, is something resounding among its neighbors. 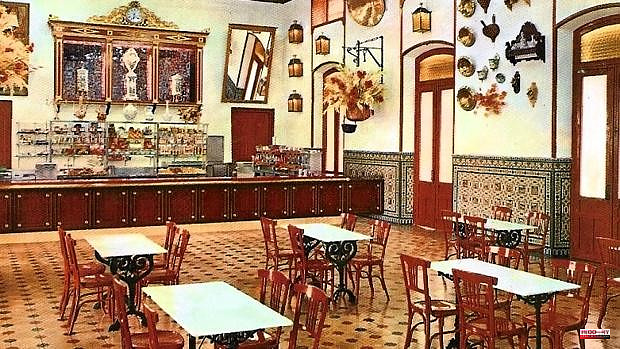 The fact that the town of Alcázar de San Juan prospered thanks to the railway station, a definitive breath of animation and cosmopolitanism, is something resounding among its neighbors. The people of Alcazar consider that each parked train has brought work and promises for the future, as well as ideas, customs and many anecdotes. Now, the Visitor Services and Interpretation Center tells the story of the station, a classic hive of people, through the fond memories of travelers and employees.

This kind of museum is located in what was a hotel establishment from 1861 to 2006. According to the Councilor for Education and Culture of Alcázar, Mariano Cuartero, the objective is "to connect with something very Alcazareño: the train". Thus, the City Council tries to spread the railway history at the same time as "caring for and maintaining the heritage", continues the councilor.

In addition, "its character and its Cervantine interpretation" are highlighted, since the story of Don Quixote takes place in the tile friezes that covered the inn, still visible.

Precisely, thanks to the tilework, gleaming and consolidated, we can still imagine what the interiors were like at the beginning of the 20th century. There was a marble counter, wine racks, kitchen utensils displayed as ornaments, and nightstands or nightstands. The tiles were dry-rope stamped with an iron plate and placed around 1930, following the models of the Mensaque Rodríguez workshop, in the Triana neighborhood of Seville, which became popular after the Ibero-American Expo of 1929. Meanwhile, the 289 narrative scenes , resolved in a few strokes but dynamic and expressive, come from the illustrations of Don Quixote by José Jiménez de Aranda from 1905.

In the room there are two papier-mâché passengers. One, with a bowler hat and an umbrella from the beginning of the last century; another, with a trench coat and a newspaper under his arm, from the second half of the same century. Both remain pending the time. There is also an informant who receives her in the Renfe uniform. Likewise, the porcelain tableware and the service water jugs are shown; the wicker baskets with the typical Alcázar cakes that were distributed among the passengers behind the windows of the train; the knives from Albacete that were sold on the streets in the corridors; and the battery-powered military doll with a bugle that the many fifths and soldiers who departed from here gave to their fiancées.

Since the trains did not stop leaving and arriving, the inn did not close. The careless ones who were late and found everything closed, took the last one in the heat of the conversation. The rent for the rooms on the upper floor was around 3,500 pesetas, an affordable price compared to the 5,000 pesetas of the inns in Córdoba, according to an indicative panel.

The boredom of waiting could be relieved with garlic soup, porridge, partridge from Piedrabuena, aubergines from Almagro, local wine and coffee. There is even a copy of the cover served on May 28, 1900, the day of the solar eclipse, which brought together 5,000 people in the nearby district of Cinco Casas. The cost of the menu was 1.50 pesetas. The chronicle of the massive sighting was published in Blanco y Negro, an old ABC weekly, on June 2 of that year.

Apart from narrating the history of the railway station, the Interpretation and Visitor Assistance Center shows how Alcázar flourished with commercial activity and the transfer of workers and investors, many of them from France and Italy, to work the vineyards and build wineries and liquor stores. So much so that even today it is not uncommon to meet people with French or Italian surnames in this corner of La Mancha. The kinship that unites the people of Alcazar with those who built and maintained the station makes the ties even closer.

Talking about the station means "touching a sensitive chord", as well as imagining "the emotions when receiving and saying goodbye to travellers", says Cuartero. In fact, the station and inn created a social space that made their neighbors "open-minded," he concludes.

The economic horizon is now broader due to another machinery that has not stopped working: tourism. According to the councilman, in Alcázar "the whole year is high season", since they have managed to celebrate events and striking events every month. Occupancy is "constant in hotels and restaurants," says Mariano Cuartero from this Visitor Services and Interpretation Center, prepared with chairs, tables and a projector to organize talks, congresses and book presentations.

1 Barcelona closes an almost perfect season with the... 2 The Royal Family, in the function of the choreographer... 3 Sherry Vinegar, infinite possibilities as a result... 4 The last time an overweight, depressed Elvis Presley... 5 The Cadena 100 anniversary brings together the best... 6 Music to see, touch and smell 7 Madrid premieres bailaores with duende and title 8 Which countries will attend the NATO Summit? 9 The G-7 will draw up a strategy to alleviate the famine... 10 Erdogan's opportunism has Sweden and Finland... 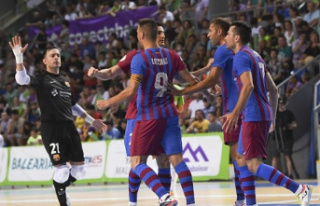