Alcalá de Henares reforms the Renfe station, which will be fully accessible, for 15.4 million euros

Renfe de Alcalá de Henares users had been requesting improvements to the station in this town for many years to facilitate accessibility. 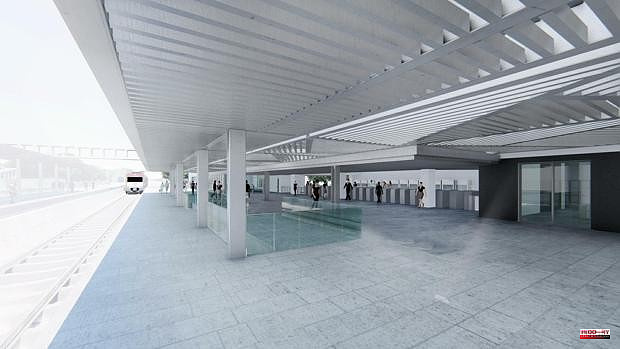 Renfe de Alcalá de Henares users had been requesting improvements to the station in this town for many years to facilitate accessibility. Adif has now approved the tender for the execution works of the accessibility and reform projects of the passenger building of the Alcalá de Henares station. An investment of 15.4 million euros, which will take place over 20 months.

The Renfe central station in Alcalá de Henares is the main one, and is located a few meters from the city center and very close to its historic quarter. The Railway Infrastructure Administrator (Adif) has approved this tender, which will involve not only turning the station around completely, modernizing it and improving its appearance and the services it offers, but will also carry out adaptation work to make it completely accessible.

The works are included in the Comprehensive Plan for the improvement of the Madrid Cercanías services. The trains of the C-2 and C-7 lines of Cercanías arrive at the Alcalá de Henares station. On the one hand, it plans to change the architectural image of the building and make a new floor plan. It will have a budget of 10.9 million euros to make the station more functional and optimize passenger flows.

It is planned to reform the existing two-storey volume, redistribute its interior and improve the exterior image. The body of a single height that now houses the current hall will be demolished, and it will be replaced by a new one attached to the building, and which will be larger in size.

The new lobby will have wide access openings, to open it up to the city and the platforms, with a structure with wide spans and flights and overhead lighting through skylights integrated into a topographical cover. This new volume will connect with a future underpass that will be necessary to access the platforms that will be generated in an upcoming reform of the rail yard, which will be undertaken in a later project. The creation of this new volume also requires remodeling the canopies of the adjoining platform along the entire length of the new façade, they explain in Adif.

In addition, the urban environment of the station will also be reorganized (the Plaza del 11 de Marzo and Pedro Laínez street), to allow the implementation of the new lobby and to clarify the urban space and the accesses in the surroundings of the station, both pedestrian and vehicular. It will be the City Council of Alcalá de Henares that will take charge of the complementary actions in the urban environment that exceed the scope of the project, such as the reorganization of taxi stands, adapted places, bus stops or approach roads in the environment.

The second part of the project has to do with improving the accessibility conditions of the station, and has a tender budget of 4,529,730.02 euros. Here, it is thought to install two elevators at the accesses to the underpass from platforms 1-2 and 3-5, next to the current access stairs to the underground passage.

On the other hand, the finishes in the underpass will be replaced; the rainwater drainage in the lower passage will be improved, the edges of the platforms in service will be adapted, their pavement will be changed and the canopies will be adapted to the new accesses. The toilets will also be adapted so that they can be used by people with reduced mobility.

Finally, the telecommunications, public address and lighting installations on the platforms will be adapted and modernized. After all these works, which will be financed with Next Generation funds from the European Union, the Alcalá de Henares station will be fully accessible. Something essential considering that currently, more than 87 percent of the travelers who pass through the Renfe stations in the region do so in one with an accessible itinerary.

For the mayor of Alcalá de Henares, Javier Rodríguez Palacios (PSOE), it is "great news that the procedures for the reform of the Renfe station are advancing." After “many years of waiting”, he congratulated himself on “those more than 15 million euros of investment that will mean a before and after for our city”. 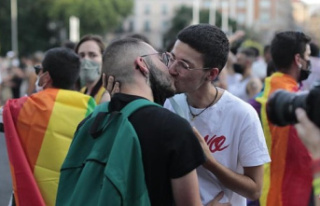