Alberto Saiz: «The Government left the CNI in a very bad place by recognizing that they had been caught» 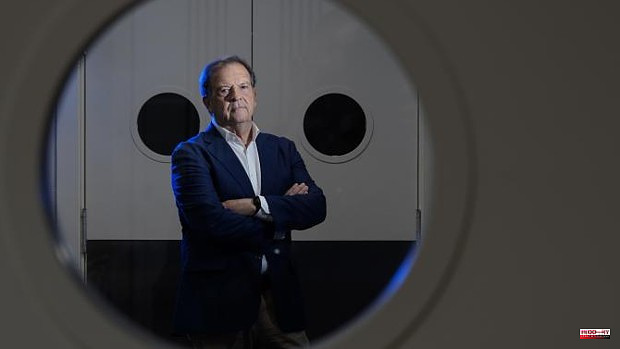 Alberto Saiz (Cuenca, 1953) directed the National Intelligence Center between 2004 and 2009, reporting to José Bono and José Luis Rodríguez Zapatero. He has accepted ABC's invitation to speak on the effects and management of the Pegasus case. He has done it neatly.

The first objective of the CNI is, literally, to obtain information for the Government that allows it to "avoid any danger, threat or aggression against the independence or territorial integrity of Spain."

Of course. The first article of the CNI law is framed in those threats that affect the territorial integrity of Spain and is therefore one of the driving principles of the CNI's actions.

In this context, what assessment do you make of espionage on Catalan independence leaders?

It was the obligation of the CNI to act in a known circumstance. In 2017 a group of Catalan politicians announced that they were preparing a unilateral declaration of independence, and throughout October of that year it was forged. Therefore, I understand that the CNI has all the cards to have to act, not just the cards, but that it is its obligation to act in that circumstance.

In what place did the trip to Barcelona by the Minister of the Presidency leave the CNI in which he made a tacit acknowledgment of espionage?

In a very bad place. The problem for an intelligence service is that they know you're spying on something. In a more colloquial language, they have caught you. A service has to act discreetly. It obtains information, elaborates it and supplies it, but all within discretion. Therefore, openly acknowledging that there has been espionage, that there have been some tappings on telephones, I think it leaves the CNI in a bad place, especially because it casts or extends the shadow of doubt that it may have acted irregularly. What about those phones for which there is no authorization...? I believe that an atmosphere of confusion is created that does not benefit the intelligence service, which, according to what they said, acted according to the law. For me, the most negative aspect of this long episode is that in public opinion it has given the impression that the CNI is going a little free, acting outside political control, that judicial control seems to be quite benevolent in authorizations. . And anything farter from the reality. The service is subject to strict control, which can be improved, but to deduce from this episode that the CNI is acting on its own is not real and is also negative for the proper functioning of the service.

The Pegasus case gets complicated when the government does something unusual, saying that the president and the defense minister have been victims of this technology...

Yes, it is unusual that they recognize this. I believe that it is a way of trying to politically resolve a conflict that has arisen almost spontaneously and, therefore, not much can be done. I don't think it has helped at all that we all play the victim, when simply what is on the table is a very specific thing and about which the director brought quite precise information to the Commission of Reserved Expenses.

I believe that this matter from the outside will not have more repercussions either. There are cases of all kinds of color and they are things that remain very much in our atmosphere.

Who do you think could be behind the cell phone infections of Pedro Sánchez and Margarita Robles?

There are many candidates, and things are never what they seem. Establishing relationships between the events that happened at that time (the infection of Sánchez and Robles coincided with the migratory avalanche caused by Morocco against Ceuta) and reaching the conclusion of who he is, is difficult to get right. Spain is a visible country for multiple reasons, attractive and with relations and interests in half the world, and there are other intelligence services that need to know everything, just as Spain is interested in things from third countries, and it also applies to the job . I don't think we can single anyone out.

But at least your intuition tells you that the attack came from outside?

The Pegasus system and others like it abound more than we could imagine. From the information I am receiving, it is not only governments or states that have them, but also other corporations, and it is very difficult to attribute authorship to a third country. And, based on the information that I have gathered in recent days, from within it has not been, nor have other State organs. I lean towards third-party operators, other interests that may be out there.

The President of the Government announced on Thursday that they will reform the CNI law and the Official Secrets law. What do you think?

Modifying the Official Secrets Law must be the umpteenth attempt, but it has never even been possible to agree on a draft of the analysis study. That the president does it now seems wonderful to me, because this is a total anachronism, keeping a 1968 law in force. As for reinforcing the controls of the CNI, it is a format that was inaugurated in 2002. Twenty years have passed and It also seems very good to me, but what is not opportune is the moment that is chosen to make these decisions, because the idea is conveyed that the CNI has acted irregularly or out of control and that is why they are going to hold it back or that The magistrate has even been able to act lightly in the authorizations he has given and for this matter we are now going to make the controls more rigorous, and that is not the most appropriate.

With what degree of detail about what you want to do is reported to the Supreme Court judge? Is it lax authorizing interventions?

In full detail, and you have to give him the motivations and all the background you have on the matter in question. It cannot be a request, let's say, isolated and disconnected from any motivation. The magistrate may not see it clearly and will not authorize a request from the CNI if the circumstances do not exist.

Authorizing an infection with Pegasus goes far beyond listening, because they can even turn on the microphone and the camera whenever they want; It's very invasive, don't you think?

I don't know exactly what was asked of the judge, but the director said that the CNI acted within the norms. In any case, a system as new and as intrusive as Pegasus or its equivalent requires another type of authorization. When I directed the CNI there were also tools to intervene more than conversations, but they were always used with foreign telephones or with objectives that were outside the scope of the Spanish Constitution. The barrier that we self-imposed and had also agreed with the Supreme Court magistrate is that these systems, which are more uncontrolled, should always be used for external causes.

Is it plausible that the CNI has tapped the telephone of a president of the Generalitat without the knowledge of the Government, without having informed the Minister of Defense?

When you start to act, you consult it, you consult with yourself... In a circumstance like this, it is not that you ask permission to, but that you make your decisions, do what you have to do and possibly report later. That would be logical to me.

What do you think of the dismissal or "substitution" of Paz Esteban?

They can call him what they want, but it is a cessation that is not understood. If what we have been told is true, that she always acted under the rules within the rule of law and with the corresponding authorizations, she should not have been dismissed.

Do you interpret the dismissal as a political concession?

The problem arises from the recognition that there have been some telephones that have been intercepted. Someone has revealed something that they did not have to. And from there, well, a political problem has arisen, an expansive wave that leaves the internal spheres of the CNI and reaches the political table. And politics uses the resources it has, and they provide a political solution to an issue that in principle is not. And it seems like a concession; yes, at least it seems so.

A former Cesid agent told me that the secret services are to do secret things, that they go to the limit and that if you have to cross the line for a greater good, it is done.

The limits should not be exceeded, and the main one is where the rights of the citizen begin. You don't have to cross red lines to do a good job. That is my experience.

Paz Esteban, Emilio Alonso Manglano, yourself... Do you leave the CNI through the back door?

Respecting the differences, none of us have left through the front door.

You were accused in the press of using public resources for your own benefit. Was it friendly fire?

There was friendly fire from within and without. I made some changes that were not very well received... I requested the convening of the Defense Commission of the Parliament and the Reserved Expenses Commission, and there I delivered the documentation that showed that it was a false accusation.

1 The disagreements between Robles and Marlaska, two... 2 Interior marginalizes the CNI in the new law against... 3 Florentino equals the Bernabéu legend 4 The club that persecutes itself, the undisputed owner... 5 Courtois, the giant of the Champions 6 Nadal against Nadal, uncle against nephew 7 From the Bernabéu to Cibeles, the iconic route 8 Ardeche. Chestnut Enduro - Helicopter race doctor... 9 Vaucluse. Six verbalizations for urban rodeos at Avignon... 10 Cycling / Alps Isere Tour. Young Alois Charrin, Loris... 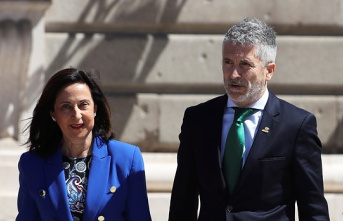 The disagreements between Robles and Marlaska, two...