Alberto Fernández's change of course: finally, he will attend the Summit of the Americas

This Wednesday the news was confirmed: Argentine President Alberto Fernández has decided to attend the Summit of the Americas, which will take place next week in Los Angeles from June 6 to 10. 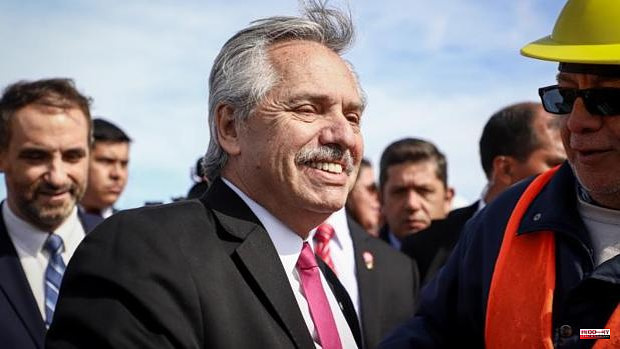 This Wednesday the news was confirmed: Argentine President Alberto Fernández has decided to attend the Summit of the Americas, which will take place next week in Los Angeles from June 6 to 10. The presence of the country of tango in the international meeting, which will begin next Monday, is already a fact after successive twists and turns that have made not only the local press dizzy, but also the convening country, which requested a response.

The first doubts about the president's attendance at the meeting of presidents in the United States arose at the end of last week when, faced with the question of whether or not Argentina would attend the summit, the official response had only been the request that the event will take place "without exclusions", in reference to Cuba, Venezuela and Nicaragua, whose leaders have not been invited to the event.

Last Friday, the information began to circulate in the local press that Alberto Fernández - who, until then, had not confirmed his presence despite the insistence of the US to have an answer - had begun to organize a "counter-summit", parallel to to the Summit of the Americas, along with the leaders of Mexico and Chile and including the three countries that would not participate in the official call.

However, a week later, the scenario has changed completely: not only has the holding of the parallel meeting been cancelled, but the Argentine president has also made the decision to participate in the official event organized by the Joe Biden government.

However, this Wednesday it has transpired that the president - who will attend the Summit of the Americas as president of the Community of Latin American and Caribbean States (CELAC) - will not only attend the meetings that will take place in Los Angeles, but also He intends to take advantage of the occasion to present his North American counterpart with a series of requests in relation to his ties with Latin American countries.

Among the objectives of the Argentine president, there is also that of questioning the agenda of the Democratic administration in the region. A prelude to these complaints was seen last week when, at a meeting of the education ministers of the countries that make up CELAC, Fernández protested the blockades of Cuba and Venezuela. During this meeting, the president had expressed his opinion on both blockades: "They should be ashamed of us."

In the last week, dialogues between Latin American countries intensified to define the position to be adopted in relation to the Summit of the Americas. In this sense, the local newspaper Página 12 reported that "the Argentine president communicated with his Mexican counterpart, Andrés Manuel López Obrador, who explained that he will not participate in the activity and informed that the foreign minister, Marcelo Ebrard, will go in his place. . "If they exclude, if not everyone is invited, a government representative will go, but I will not go," he reportedly said. Although he would have recommended Fernández to attend the appointment.

Nicolás Maduro also referred to the event that will take place next week and his expectations regarding the presence of the Argentine president. "We know that your voice, firm, clear and brave, will be one of the most powerful voices to question the exclusion and the attempted division of Latin America and the Caribbean, with this erratic policy of the government of the United States of America" , expressed in this regard.

Although at first, Fernández's idea was to take advantage of his visit to the Summit of the Americas to coordinate a bilateral meeting with President Biden, in the end this meeting will not take place for the time being, although the Argentine press already talks that this could have place in the month of August.

On Wednesday afternoon, Juan González, director of the National Security Council for the Western Hemisphere, assured in a press conference that he does not consider that the controversy generated by the countries not invited to the summit represents "a distraction" for its success. . "We have not been so focused on the issue of who is not invited, but rather on the results we want to achieve at the Summit," he concluded.

1 Until when can the income statement be made? 2 Díaz begins a crusade against companies for fraud... 3 Almeida: "Maestre has extorted municipal workers... 4 A year spreading the legacy of the victims from Vitoria 5 A Palma police car kills a pedestrian and injures... 6 The Generalitat confirms the first case of monkeypox... 7 Spanish green shoots in Mauritanian desert storm 8 A woman arrested for trafficking cocaine at retail... 9 Germans buy 7.7% less food to support the rise in... 10 All Iron Ventures creates its first fund of funds... 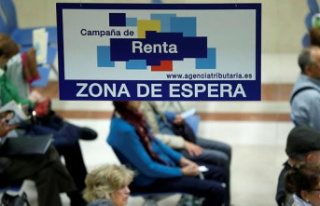 Until when can the income statement be made?