The Minister of Foreign Affairs, José Manuel Albares, has canceled his trip to the Summit of the Americas, which is being held this week in Los Angeles and to which Spain had been invited as an observer. 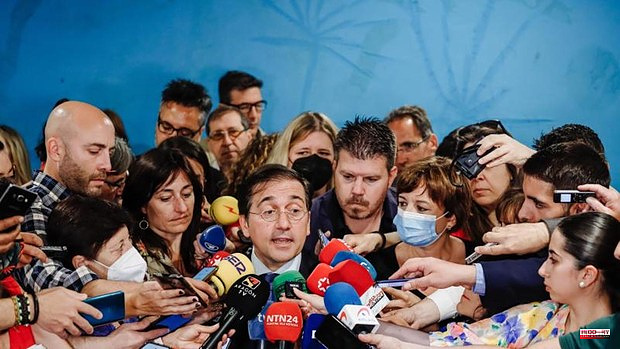 The Minister of Foreign Affairs, José Manuel Albares, has canceled his trip to the Summit of the Americas, which is being held this week in Los Angeles and to which Spain had been invited as an observer.

This change of agenda is due to the diplomatic and commercial crisis with Algeria as a result of the shift in Spanish foreign policy towards the Sahara, a bilateral conflict aggravated after the Maghreb country yesterday broke the Friendship Treaty with Spain signed in 2002. The minister of Foreign Affairs goes to Brussels to meet with Valdis Donbrovski, Economic Vice President of the European Commission

The White House was counting on the visit of Albares at a Summit of the Americas marred by the absence of a dozen heads of state, commanded by the Mexican Andrés Manuel López Obrador

, which set as a condition to attend that Joe Biden invited the dictators of Cuba, Venezuela and Nicaragua.

As the White House admitted this week, the US has been negotiating with Spain to be part of a great migration agreement and for this reason invited Minister Albares as an observer, although the Spanish government did not give details of his visit at any time.

According to what a US official said in a conversation with the press on Monday, Spain has been a crucial part of the negotiations prior to this meeting of leaders from Latin America and the Caribbean. Last week, several US media reported that Spain has been negotiating with the White House to take a quota of Central American asylum seekers.

The North American official, who requested anonymity in a conversation with the press, said: "An in-depth conversation has been held with all the countries of the continent, but also with some external partners such as Spain, which has been of great help, even, frankly, , on the issue of the root causes [of emigration] in Central America, but also potentially on migration. There are definitely in-depth conversations taking place about a regional approach to these issues, and [Spain] is part of it."

Official US sources at the summit, which is being held in Los Angeles, have told this newspaper that they expected Spain to commit to accepting a certain quota of Central American refugees together with Canada.

The White House has not wanted to interpret the absences as an affront to Biden, and has attributed them to very varied reasons. The National Security Council of the White House, Jake Sullivan, said yesterday that although there are absent presidents, such as that of Mexico, they have sent ministerial delegations, so they will be able to sign the agreements reached. "The fact that those leaders are not coming is, in each case, a reflection of idiosyncratic decisions that each of them are making, and I honestly wouldn't make a big deal out of it," Sullivan said.

In January Albares visited Washington, and was received at the State Department by his North American counterpart, Antony Blinken, who is at the summit. In April, the Vice President and Minister of Economy, Nadia Calviño, went to Washington for the meetings of the International Monetary Fund. As this newspaper learned, Calviño was negotiating a meeting with her counterpart in the US, Kamala Harris, who finally canceled the appointment alleging agenda reasons.

1 Spain adds its first victory against Switzerland 2 Complaints about the Mathematics II exam at the EvAU... 3 Luis Enrique protects a child who jumped for Asensio's... 4 Portugal consolidates as leader of the Spanish group 5 The one to one of the Spanish victory in Switzerland 6 Sarabia, indisputable and with a goal 7 A detainee for the kidnapping of a man in a hotel... 8 Discovered in Egypt, Vertebra of a 98-million-year-old... 9 Il Divo will inaugurate the Push Play 'boutique... 10 Swiatek, richer than Nadal in 2022 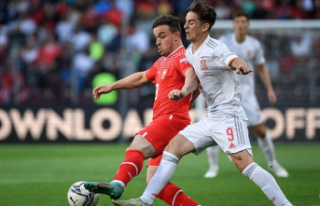