Albares, on Algeria: «We will give a serene, constructive response and in defense of Spain»

“We are currently analyzing the implications of the measure adopted by Algeria to freeze from today the accounts domiciled to and from Spain”, explained the Minister of Foreign Affairs, EU and Cooperation, José Manuel Albares, this Thursday, after the inauguration of the seminar for journalists on the NATO summit. 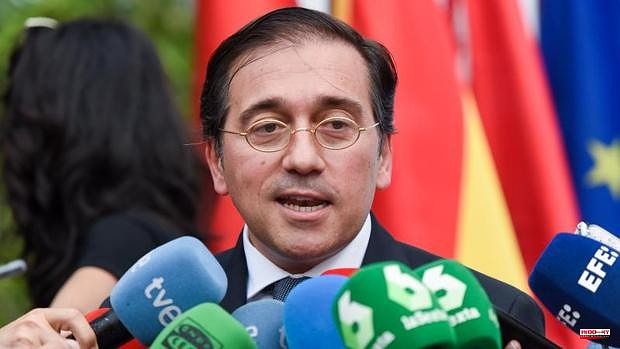 “We are currently analyzing the implications of the measure adopted by Algeria to freeze from today the accounts domiciled to and from Spain”, explained the Minister of Foreign Affairs, EU and Cooperation, José Manuel Albares, this Thursday, after the inauguration of the seminar for journalists on the NATO summit. Albares stated that "the consequences are being studied, both at a national and European level, to give the appropriate response, serene but constructive, and that suppose a firm defense of the interests of Spain and the EU."

Albares assured that it was late yesterday when the Government of Spain became aware of the circular from the Algerian banking association, which gave the order to prohibit commercial operations with Spain.

In this sense, the minister reiterated his words from last night: «our desire for Spain and my personal wish to have the best relations with Algeria and the Algerian people». “I also expressed our adherence to all the content and principles that are included in the Treaty of Friendship, such as the sovereignty of the territory, mutual respect, mutual benefit… It is under these premises that we want to have the best relations with Algeria. That is why we are analyzing the practical consequences of this measure," said Albares.

Regarding whether or not this measure will influence the supply of gas by Algeria, the minister stressed that "the flow of gas follows the usual line and does not currently have any inconvenience." Regarding the economic consequences: "We are analyzing it," he added. He also indicated that throughout the day he would have more clues on this matter.

The minister appealed to "discretion" not to specify whether there has been contact between the Spanish and Algerian authorities. "I seek to be constructive," he replied. And he once again repeated the idea that the Government's intention is to give a "serene" and "firm response in the defense of Spain and the Spanish people."

1 From "reliable partner" to "extraordinary... 2 Del Rivero accuses the judge of doing "sleight... 3 Spain evacuates 2,000 people in a race against the... 4 Concerns about Cholera in an Occupied Ukrainian City... 5 The prudent strategy of Marc Márquez 6 Two valuable works of art stolen in Italy recovered... 7 Nissan closes a new collective agreement until 2024... 8 Thirteen arrested for defrauding 500 people in the... 9 The Chair of the Tagus denounces the "alarming... 10 They arrest a woman for stealing jewelry and money... 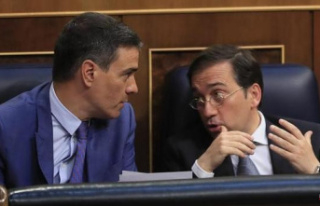 From "reliable partner" to "extraordinary...