Alagna, three titles and a great gala to blow out the candles in La Coruña

The Friends of the Opera of La Coruña have decided to celebrate their seventieth anniversary in style. 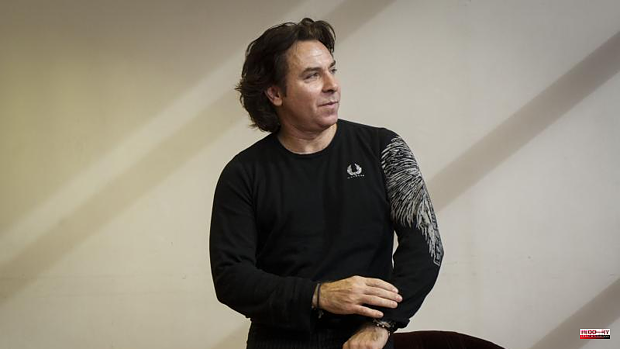 The Friends of the Opera of La Coruña have decided to celebrate their seventieth anniversary in style. The next season, which will run from September to December, will have that festive air, with three operas, a great lyrical gala, several recitals and concerts with Spanish artists and the finishing touch that will be given by one of the last great stars of the genre, Roberto Alagna, leading tenor, occasional 'crooner', Maurice Chevalier at times, 'assolute' divo, total artist.

The programming was presented this Monday at the Herculean consistory by organizers and institutions. It was the debut of the new artistic director of the Association, the tenor Aquiles Machado, after concluding last April the long and prosperous stage of César Wonenburger, who already outlined the main lines of this season, which Machado has finished outlining, hinting at his commitment to the Spanish lyrical quarry.

«We are a benchmark for the lyrical season both nationally and internationally and that is something that has been achieved thanks to the work of the entire team and the support of partners, institutions, companies, and the public that year after year has allowed us to bring the headliners of the operatic world to La Coruña", highlighted the president of the Association, Natalia Lamas.

The season will open on September 1 with a recital by one of the most fashionable performers, Asmik Grigorian, days before she stops at La Scala in Milan with a program of songs by Rachmaninov that will take her to the Rosalía de Castro Theatre. The three operatic titles will have, for their part, different elements that will make them attractive to the general public. Giuseppe Verdi's 'La Forza del Destino' will be performed in concert, with the American Angela Meade returning to the city after her successes in 'Ermione' and 'Don Carlo'. She will be accompanied by Spanish talent: the tenor Alejandro Roy, the baritone Borja Quiza -in a jump to a more demanding repertoire- and also the baritone Luis Cansino. In addition, mezzo Ginger Costa-Jackson and bass Luiz-Ottavio Faria.

Emilio López will sign the simple set design for Bellini's 'Norma', a role that will fall to the Russian Veronika Dzhioeva. Moisés Marín will dress as Pollione, Rubén Amoretti as Oroveso and Nicole Brandolino as Adalgisa. Artists of both titles will star in the 70th anniversary lyrical gala, directed by José Miguel Pérez Sierra at the Teatro Colón. The third title will be 'Ariodante', a baroque opera with Franco Fagioli as its main attraction, one of the most renowned countertenors in the operatic universe.

In the field of recital, three on piano by Xabier Anduaga, Luis Cansino and Vanesa Goikoetxea. The Basque tenor is becoming a regular in the city, accompanying him in his growth as an international star, while the Vigo-trained baritone was very popular in his last appearances. The soprano faces her first date alone before the Coruña public. The last evening will be the closing ceremony with Roberto Alagna, on the only scheduled date for the French tenor at the moment in our country, after canceling his participation in the Liceu's 'Tosca' in January due to disagreements with the planned production.

And in parallel, an extensive list of activities for all audiences. Composer Juan Durán will see the premiere of his children's opera 'Cleo', Mariella Devia will direct one more edition of her vocal improvement course -which will give rise to a final concert and small recitals within the 'Lírica Inclusiva' series through the neighborhoods of the city- and the cycle of Novas Voces Galegas will have a double program, with Lorena Paz and Susana García as protagonists.

1 Tuawa organizes the great Water Festival in Valencia 2 Ciudadanos registers a reform of the electoral law... 3 Top Digital Marketing and Online Design: Keys to Online... 4 After the summer, Aena will award the first contract... 5 'Great Prospector' - 'Kitty Marion',... 6 The mockery of the shirts: this is how the designs... 7 Europe's central banks will raise rates July... 8 Record-breaking 100 Pounds average cost to fill up... 9 Mónica Oltra, on the request for imputation of the... 10 Greece: An appeal court reverses Iran tanker seizure... 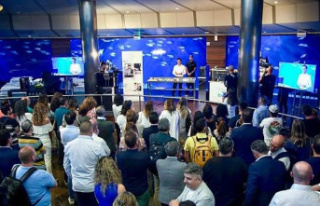