Air traffic: Strike at Eurowings: Almost half of the flights are said to be cancelled

The airline Eurowings does not come to rest: Due to the second pilot strike within less than two weeks, the Lufthansa subsidiary is again threatened with numerous flight cancellations from Monday to Wednesday. 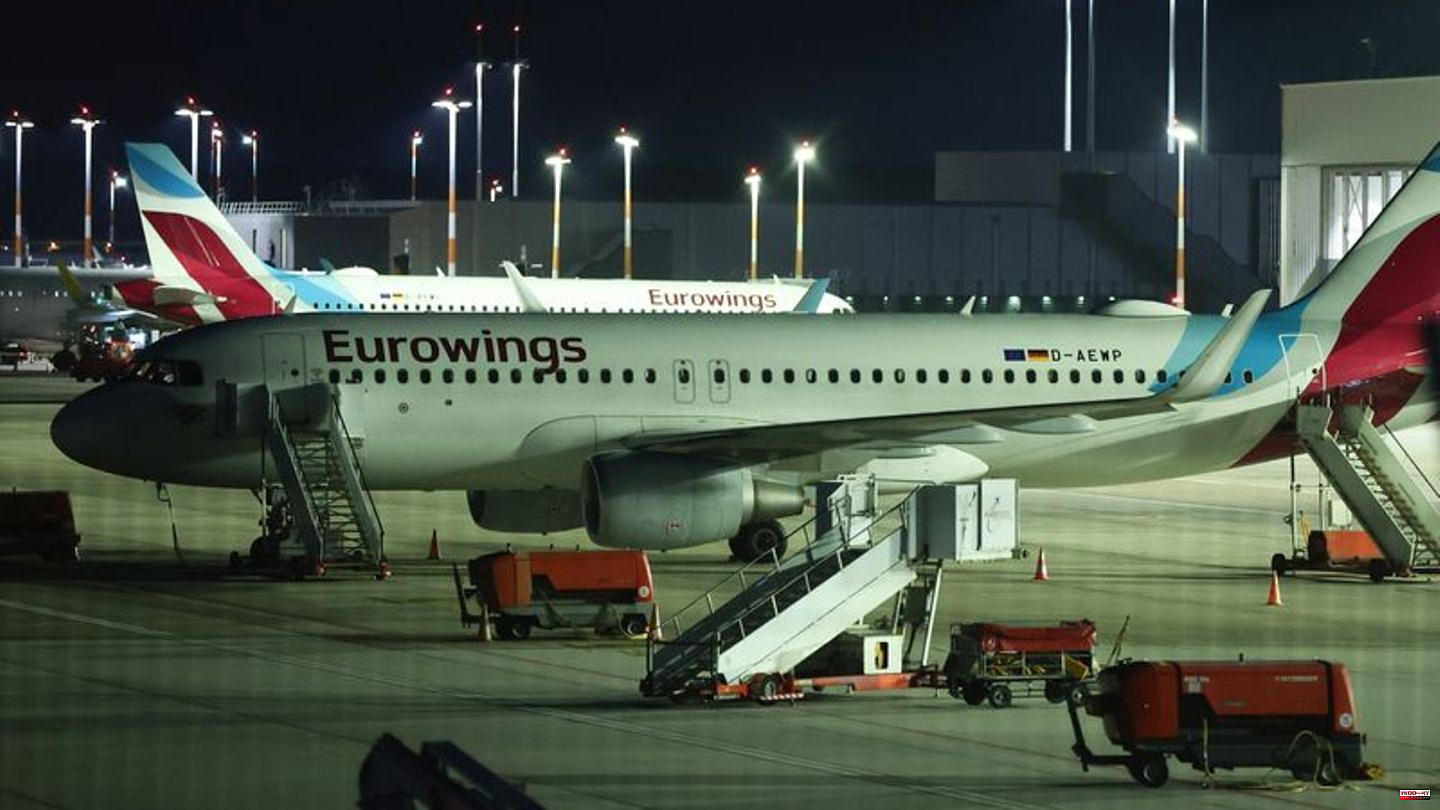 The airline Eurowings does not come to rest: Due to the second pilot strike within less than two weeks, the Lufthansa subsidiary is again threatened with numerous flight cancellations from Monday to Wednesday. According to the airport, 102 of the 171 Eurowings flights planned for Monday were canceled at Düsseldorf Airport alone, 43 connections were canceled in Cologne/Bonn, and 40 take-offs and landings were canceled in Stuttgart. In Hamburg, 58 of 94 planned flights are said to be cancelled.

Of the approximately 400 flights planned for Monday, more than 230 are expected to take place, the Lufthansa subsidiary announced on Sunday. Eurowings assumes that it will also be able to carry out more than half of the planned flight program on Tuesday and Wednesday.

This is not least due to the fact that the machines of the Austrian subsidiary Eurowings Europe are not affected by the industrial dispute. During the strike, you fly "under full load," it said. The airline Eurowings Discover, which operates from Frankfurt and Munich, is also not affected by VC's current strike call. In addition, the Lufthansa subsidiary uses aircraft from partner companies, which also otherwise carry out some of the flights.

The Cockpit Association has called on the Eurowings pilots to lay down their work from Monday 00.00 a.m. to Wednesday (19 October). The union explained that the reason for this was the employer's insufficient offer for the collective agreement. She wants to enforce better working conditions for the pilots by industrial action.

It is the second time in less than 14 days that pilots at the Lufthansa subsidiary have stopped working. During the first strike on October 6, about half of all flights were canceled. Tens of thousands of passengers therefore had to switch to other flights or the train - or postpone their journey.

However, Eurowings expects that numerous pilots of Eurowings Germany will appear on duty despite the call for a strike. The airline made it very clear in internal meetings at the weekend that the relief package offered up until the strike, with ten additional days off per year and three hours less weekly working hours, reached the limit of what was economically reasonable, Eurowings said. The Lufthansa subsidiary warned that the Cockpit Association would not be able to strike an even better offer, but would only contribute to renewed customer disappointment and further damage worth millions with its course.

Eurowings Managing Director Kai Duve had previously warned that the union's tough course would inevitably force Eurowings into a contraction of German flight operations and jeopardize jobs - not just in the cockpit.

A cockpit spokesman accused the Lufthansa subsidiary of only exacerbating the collective bargaining conflict with its rhetoric and threats. The airline's previous offer was insufficient and non-negotiable. "This strike would not be necessary if Eurowings negotiated with us on an equal footing," the union said.

Eurowings asked passengers to keep themselves informed about the status of their flight via the website or the Eurowings app. The flight plans for Tuesday and Wednesday would be published as soon as it was clear how many pilots reported for flight duty despite the call for a strike. 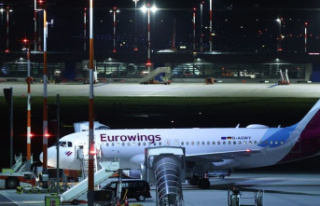