The airline Air Nostrum has reduced its losses by more than 95 percent during 2021 compared to the previous year, in which the coronavirus crisis broke out, and has managed to progressively recover its traffic figures during 2022, until reaching 106 in April . 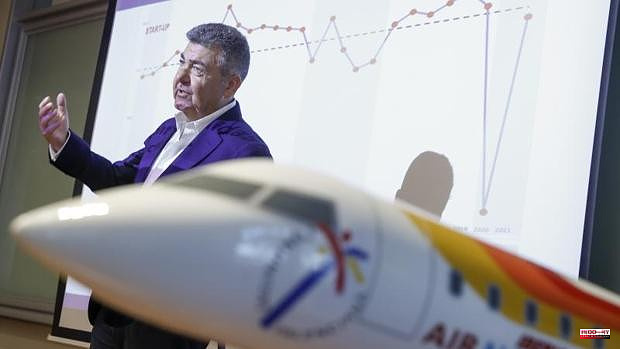 The airline Air Nostrum has reduced its losses by more than 95 percent during 2021 compared to the previous year, in which the coronavirus crisis broke out, and has managed to progressively recover its traffic figures during 2022, until reaching 106 in April .7% of the places offered in the year prior to the pandemic.

The president of the Valencian company, Carlos Bertomeu, has outlined this Tuesday the results of 2021 of the firm and has underlined the "solvency" of the company, after the participative loan of 111 million euros granted by the State Society of Industrial Loans ( SEPI), which is added to other ICO loans that the company has.

"With the help, which allows us to digest a lot of the cost of the impact of the crisis and with the inestimable effort and value of having maintained our human capital and relationships with suppliers, we believe that we continue to be a viable company," Bertomeu remarked.

The person in charge of the airline explained that in order to access the participative loan, Air Nostrum has undergone a "long" analysis process with three reports from the IVIE, FLARE and an external consultancy that have verified its solvency prior to the crisis of the pandemic, its value as a strategic and systemic company for Spain, its commitment to decarbonisation and sustainability and the solidity of its viability plan.

In addition, in the context of inflation and the fuel price crisis, Bertomeu explained that Air Nostrum bought more than 80% of the fuel it will use until April 2023 in advance, so the cost escalation has had less impact on the firm, but has admitted that the situation is "worrying" with the uncertainty of how long it can last.

1 Vox distances itself from the election of the Ecyl... 2 Expansion works underway in Segurilla of the CRA 'Ribera... 3 A red kite chick is rescued and returned to its nest... 4 The procession of the Cristo de la Columna and the... 5 The independentists applaud Bolaños' citation:... 6 Agreement to open operating theaters in the afternoon... 7 Stable contracts of 3,000 euros are not enough to... 8 A patient attacks several nurses after breaking the... 9 Mónica Oltra formalizes her change of version before... 10 De Prada changes the step of the National Court: he... 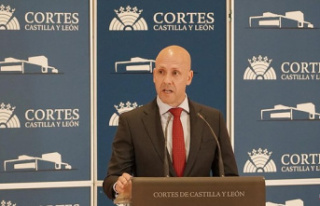 Vox distances itself from the election of the Ecyl...