After obtaining the SEPI endorsement, Iberia will purchase 20% of Air Europa 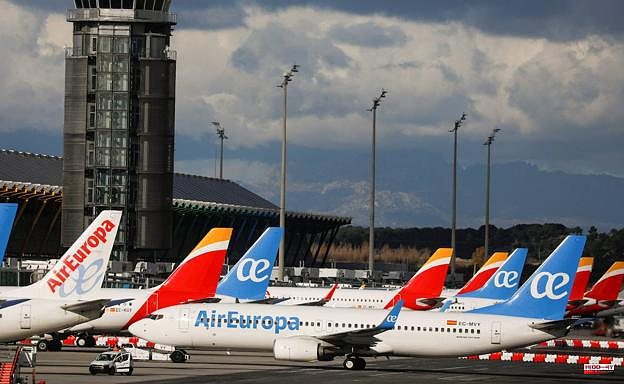 Iberia is closer to acquiring Air Europa. This is its medium-term strategic goal. The SEPI (State Company for Industrial Participations), has approved the 100 million euro credit that IAG granted to Globalia, the owner of Air Europa. This first step towards obtaining 20% of the airline's shares is underway and could be completed "in approximately six month", according to Javier Sanchez-Prieto of Iberia.

Sanchez-Prieto stated that the ultimate goal was to acquire 100% of company shares. He estimated that this could be accomplished in 18 months. The operation was announced in November 2019 at 1,000 million euros. However, it has been subject to many ups and downs because of the severe effects of the pandemics on both airlines. After having given it two loans totalling 475 million euros and those guaranteed by the ICO by its state plan for rescue of strategic companies, SEPI is now represented on the board.

Iberia is launching a strong offensive in America to recover profitability. It will also clean up accounts that were affected by restrictions on travel between countries. This forced them to borrow money "to cover losses", Sanchez-Prieto stated. The airline doesn't make public its total debt, but the president stated that it has more than 800 million euros in credit from the ICO, and 1,100 million if you include Vueling, whose commitments will be made at 2025 or 2026.

According to the president of the airline, a recovery in demand this summer will cause ticket prices to rise, "in accordance the law of supply, which works like clockwork" when price fluctuations occur. The high inflation rate and the rise in oil prices add to the problem. Sanchez Prieto stated that they try to offer competitive prices as the sector is highly volatile. He also assured that price increases won't be a problem in Iberia, since the company has fuel supplies for the next 78% and 25% years.

The company is still firmly focused on Latin America in this international context. It has double-daily flights to major capitals like Bogota and Buenos Aires. It has also recovered all of its European destinations and has increased its capacity in certain national markets, such as the Canary Islands and Balearic Islands, compared to 2019. According to the airline, it is expected to have "very similar" capacity figures as in 2019, with 4% more takeoffs.

1 Sanchez announces a September extension of the reduction... 2 Manueco, I want it but I can't get there 3 The PP is concerned that a Pyrrhic victory could disrupt... 4 Leipzig is overthrown by thousands of steampunkers,... 5 Serving their satanic majesties as servants 6 This is the black spot at the center our galaxy. 7 What is a "black hole"? What are the different... 8 A handball section is part of the CB Granada Foundation... 9 The judge in the "Villarejo case" returns... 10 Clara Martín, new mayor of Segovia 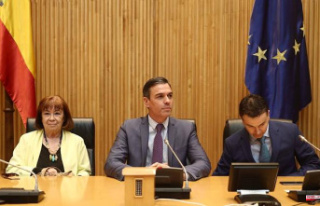 Sanchez announces a September extension of the reduction...