With immediate effect, Russia no longer wants to guarantee the safe passage of Ukrainian grain transports through the Black Sea and is thus once again blocking shipping traffic. 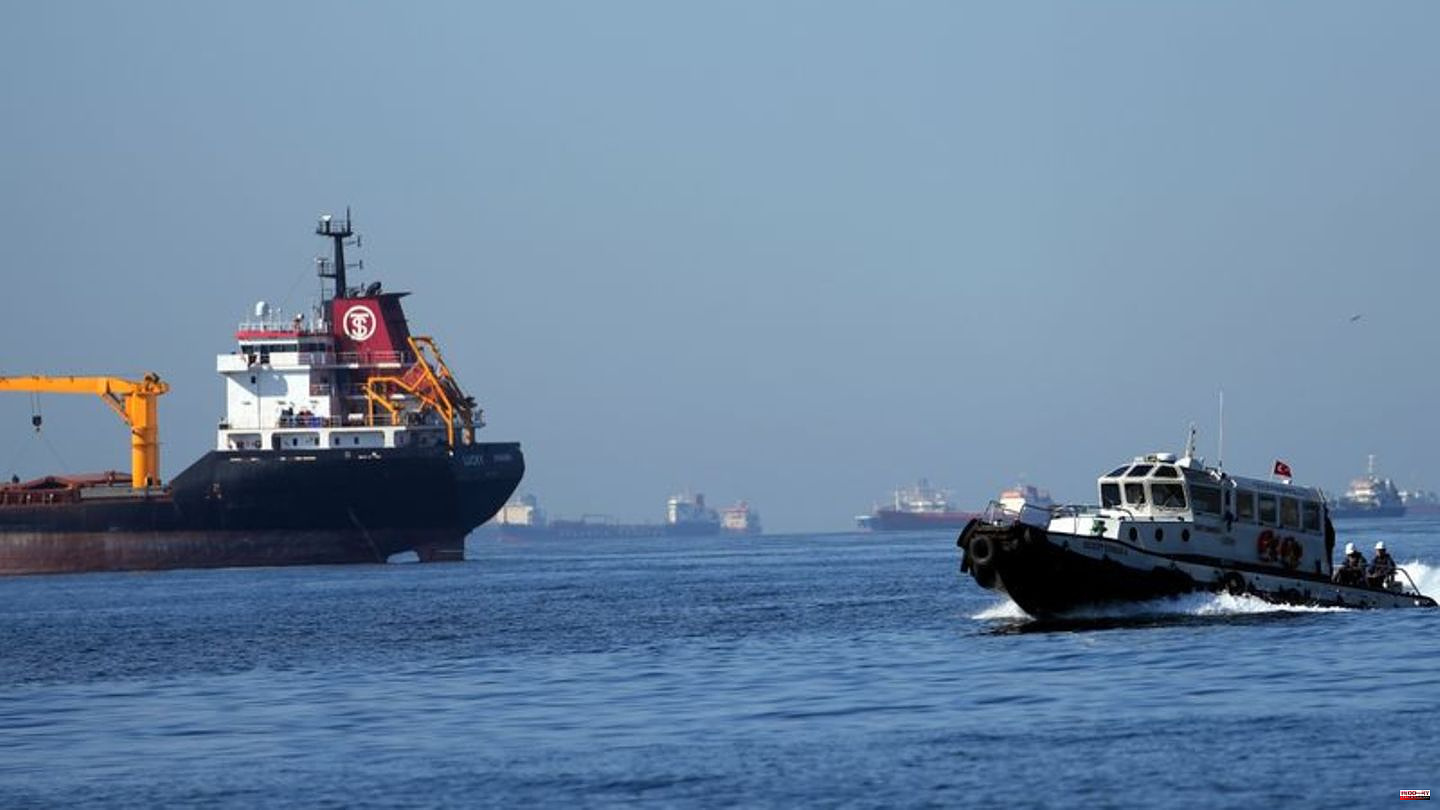 With immediate effect, Russia no longer wants to guarantee the safe passage of Ukrainian grain transports through the Black Sea and is thus once again blocking shipping traffic. Under a pretext, Moscow is blocking the transports "that mean food security for millions of people," Ukrainian Foreign Minister Dmytro Kuleba wrote on Twitter on Saturday evening.

He was reacting to the suspension announced by Russia in July of an agreement brokered by Turkey and the UN, which ended a month-long war-related blockade of Ukrainian grain exports in the summer.

The grain deal was initially closed for four months until November. Russia has recently repeatedly criticized the agreement because it sees its own grain exports slowed down by the sanctions imposed by the West in the course of its war against Ukraine.

The Russian leadership sees the United Nations as having a duty to work in the West to ensure that Moscow can also export grain, fertilizer and food and earn money. That's one of the reasons why Moscow repeatedly threatened to cancel the grain deal.

On Saturday evening, Russia officially informed UN Secretary-General António Guterres about the suspension of the agreement. Russian Ambassador to the UN Vasily Nebensia Guterres wrote on Saturday that Russia "cannot guarantee the safety of civilian ships traveling within the framework of the above-mentioned initiative" because of drone strikes on Russian ships from the protected corridor in the Black Sea. The letter is available from the German Press Agency.

UN Secretary-General António Guterres described the July agreement as a "beacon of hope" in Russia's war against Ukraine. He saw the possibility that further steps to settle the conflict could follow. Guterres had already called on all sides on Saturday night to make "every effort" to extend the agreement. The deal was limited to November 18, but could have been automatically extended if neither side had objected, according to the UN.

UN remains hopeful that deal will go ahead

The United Nations has not yet given up hope that the deal will go ahead. "We are in contact with the Russian authorities on this matter," said a UN spokesman in New York. "It is imperative that all sides refrain from any action that jeopardizes the Grains Agreement, which is a crucial humanitarian effort that is clearly having a positive impact on access to food for millions of people worldwide."

Russia had previously cited drone attacks against the infrastructure of the Black Sea Fleet in the city of Sevastopol on the Crimean Peninsula, annexed by Moscow in 2014, as the reason for the suspension. According to the Russian Ministry of Defense on Saturday, a minesweeper belonging to the Black Sea Fleet was also slightly damaged.

The Russian Foreign Ministry has alleged that Ukrainian forces have launched air and sea attacks against the Russian Black Sea Fleet, abusing the humanitarian corridor for grain exports by ship. In connection with these attacks, the Russian side can no longer guarantee the safety of civilian grain ships, the ministry said. Russia can therefore no longer maintain its participation in the agreement - and is suspending it for an indefinite period.

"I call on all states to demand that Russia stop its 'Hunger Games' and stick to its commitments again," Foreign Minister Kuleba said in Kyiv. Ukrainian presidential adviser Mykhailo Podoliak wrote on Twitter that all negotiations with Russia are a waste of time. In addition to the grain blockade, there is nuclear blackmail and energy terror. Kremlin chief Vladimir Putin also uses food as a weapon against the world in his hybrid war.

Agricultural exports via Ukraine's Black Sea ports had been blocked for months before the deal because of the Russian war of aggression. War opponents Ukraine and Russia signed an agreement separately with Turkey on July 22, through UN mediation, to allow grain exports from Ukraine from three ports. A coordination center in Istanbul is staffed by representatives of the four parties. Inspections should, among other things, ensure that ships have no weapons loaded. The first ship sailed in early August. Russia and Ukraine are both major grain exporters, earning billions from exports.

Zelenskyj complained about the blockade of grain ships

Putin does not plan to talk to Turkish President Recep Tayyip Erdogan about suspending the agreement, Kremlin spokesman Dmitry Peskov said. Ukrainian President Volodymyr Zelenskyy had already complained in the past few days that Russia was blocking the passage of more than 100 ships loaded with grain. He stressed the importance of these shipments in fighting world hunger. Although the war continues to hamper exports, Zelenskyy said recently that Ukraine has exported almost eight million tons of food by sea since the Grains Agreement came into force. 60 percent of the amount went to Africa and Asia.

Russia has now accused the British Navy of having given instructions on how to bombard the Sevastopol naval base with drones. Recently, there were also complaints in Russia that the explosives used in the attack on the Crimean bridge could have been smuggled out of Ukraine by sea. According to Kremlin chief Putin, there was no evidence. However, he had indicated that this could also be a reason for an end to the grain deal. 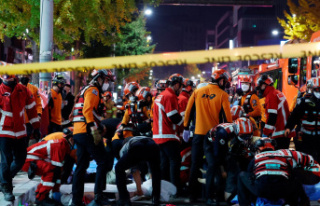 Deadly stampede: At least 146 dead and many injured...