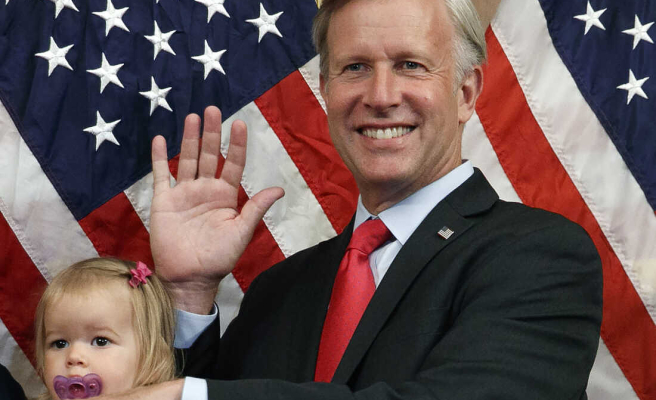 NEW YORK aEUR "Republican Rep. Chris Jacobs announced Friday he would not seek another term in Congress due to backlash against his support for gun control measures.

Jacobs, who represents western New York including suburban Buffalo, said that he decided to retire rather than face what he called "an extremely divisive election." He made the announcement just days after he split with his party and supported a federal assault weapons ban.

According to footage from his announcement, he stated that "the last thing we need" was an extremely negative and half-truth-filled media attack. This was funded by millions of dollars in special interest money.

Jacobs stated last week that he would vote in favor of a federal assault weapons ban. Conservatives have refused to take up new gun control legislation in an effort to reduce violence.

"I want to be transparent about where I am in Congress. According to Spectrum News, Jacobs stated that if an assault weapons ban bill was brought to the floor, it would ban an AR-15.

He supported the limitation of magazine capacity and stated that he would write a bill banning civilian body armor. He said it was also "perfectly reasonable" for the age limit for semi-automatic weapons to be raised to 21.

Gerard Kassar is the chair of the New York State Conservative Party. He welcomed Jacobs' decision and said that the party was "perplexed by Jacobs' recent stance on Second Amendment rights. This position was well outside of the mainstream of Republican Party, Conservative Party and the voters in NY 23."

"We all agree that it is in the best interests of all three aEUR," he said. He also agreed that Congressman Jacobs's best interests aEUR" are that he not run for reelection but instead returns to civilian life. He said, "We wish him all the best in his future endeavors."

While President Joe Biden has been urging Republicans to support new gun violence prevention measures, polling shows that most Americans believe mass shootings would be less frequent if guns were more difficult to obtain. The majority of adults also support legislation to restrict access to ammunition and guns. The numbers are highly partisan with the majority of Republicans disagreeing.

Jacobs was considered a strong candidate to win the seat, but his comments sparked interest from other Republicans, including Carl Paladino (a Buffalo developer) who is best known for his 2010 campaign for governor. New York Rep. Elise Stefanik - a member in leadership of the GOP and a rising star in party - endorsed Paladino within minutes of Jacobs' announcement.

1 Maracena Cadet Handball is one goal away of being... 2 San Francisco is getting driverless taxis 3 60% of SMEs ask for the 12,000 euro Digital Kit 4 Economists predict that average inflation will soar... 5 Behind the scenes, a digital conflict between Russia... 6 Madrid's participation discredits the myth that... 7 Podemos cannot escape its territorial weakness 8 From June 23rd to June 25th, seven national and international... 9 Seven shows added by 'Anfitrion" to Almeria'... 10 "You and your neighbor differ only in 0.1% of... 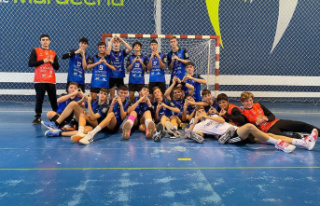 Maracena Cadet Handball is one goal away of being...