Radical supporters of ex-President Jair Bolsonaro have stormed the government district in the Brazilian capital Brasília and briefly seized control of the country's most important state powers. 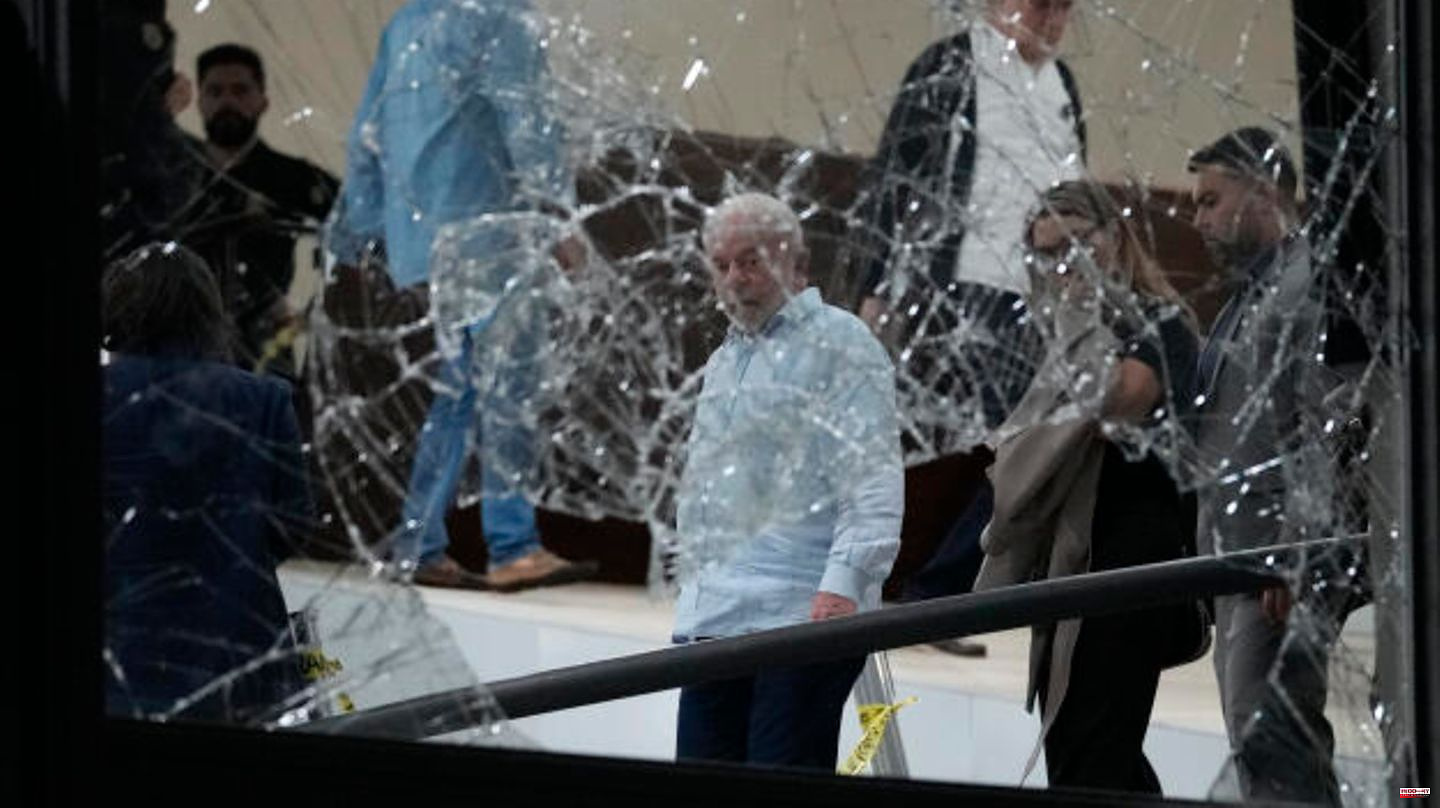 Radical supporters of ex-President Jair Bolsonaro have stormed the government district in the Brazilian capital Brasília and briefly seized control of the country's most important state powers. On Sunday (local time) they entered the National Congress, the Supreme Court and the government seat Palácio do Planalto and rioted in boardrooms and offices.

"What they did today is unprecedented in the history of the country," said Head of State Luiz Inácio Lula da Silva. "That was barbarism. They were fascists. They must be found and punished." The left-wing politician governed Brazil between 2003 and 2010 and just a week ago took office for a third term as the first democratically elected president of the South American country.

On Sunday evening (local time), 77-year-old Lula inspected the damage in the Palácio do Planalto in the Brazilian capital, as reported by the G1 news portal. He also visited the seat of the Supreme Court and met with Presiding Justice Rosa Weber. At the time of the attack, Lula was in the city of Araraquara, São Paulo state, to assess the impact of severe storms in the area.

Thousands of Bolsonaro fans had previously stormed the government district. The police seemed completely taken by surprise. The demonstrators quickly tore down the roadblocks and pushed the officials back. Soon they were standing on the roof of the congress waving Brazilian national flags. Shortly thereafter, they also invaded the Supreme Court and the seat of government.

Inside the buildings, the rioters gave free rein to their hatred of the new left-wing government. They knocked over chairs and desks, smashed windows, damaged works of art and scrawled slogans on the walls. One attacker even took the office door of federal judge Alexandre de Moraes, who was particularly hated by Bolosonaro supporters, as a trophy.

It took hours for the security forces to bring the situation back under control. The military police advanced with cavalry squadrons and armored vehicles to the Square of the Three State Powers in the center of the capital. Special forces use tear gas, helicopters circled over the government district. Around 230 suspects were arrested, according to Justice Minister Flavio Dino.

Especially at the beginning of the riots, the police did not cut a good figure. Numerous Bolsonaro supporters have been camping in front of the armed forces headquarters for days. When around 4,000 other supporters of the ex-president arrived in buses in the capital on Saturday and Sunday and moved to the government district, they were even escorted by officials. Police officers took selfies with the demonstrators and filmed cellphone videos, as seen on television.

Brasília's security chief, Anderson Torres, was Minister of Justice under Bolsonaro and is considered a follower of the ex-president. He was released on Sunday. Lula placed public safety in the capital under federal supervision by decree. Former head of state Bolsonaro apparently still has many sympathizers in the police force. In any case, when the mob stormed the government district, only a few officials opposed it.

Bolsonaro condemned the attack by his radical supporters on the government district. "Peaceful demonstrations are part of democracy. However, looting and raids on public buildings, as they took place today, are not included," wrote the right-wing ex-head of state on Twitter. "Throughout my tenure, I have consistently upheld the Constitution and respected and defended the law, democracy, transparency and our sacred freedom."

Lula accused Bolsonaro of inciting his supporters. "They used the Sunday silence when we were still in the process of forming the government to do what they were doing. There are several speeches by the former President in which he advocates this. It is also his responsibility and responsibility of the parties that supported him," Lula said.

Bolsonaro denied the allegations. "I reject the allegations made by the current head of the Brazilian government without evidence," he wrote. The ex-military man had left Brazil with his family two days before the end of his term in office and had traveled to the USA.

The scenes in Brasília are reminiscent of the riots at the seat of the US Congress in Washington on January 6, 2021. At that time, supporters of Donald Trump stormed the Capitol, where the Republican's election defeat against Joe Biden was to be authenticated. The crowd violently entered the building, five people died.

US President Biden called the incidents "outrageous," according to his spokeswoman. "Our support for Brazil's democratic institutions is unwavering," said Brazil's national security adviser, Jake Sullivan. EU foreign policy chief Josep Borrell also backed Lula's new government. "The EU condemns the anti-democratic acts of violence that took place in the heart of the government district of Brasília on Sunday 8 January," Borrell said on Sunday evening. "Brazilian democracy will triumph over violence and extremism," it said.

The EU foreign policy chief Josep Borrell has also given his back. "The EU condemns the anti-democratic acts of violence that took place in the heart of the government district of Brasília on Sunday 8 January," Borrell said on Sunday evening. The EU reiterated its full support to President Lula and expressed its solidarity with the democratic institutions that had been targeted in this attack. "Brazilian democracy will triumph over violence and extremism," it said.

Heads of state and government from several EU countries also backed Lula. French President Emmanuel Macron tweeted in Portuguese that evening: "The will of the Brazilian people and the democratic institutions must be respected!" Lula can count on France's unconditional support. Spain's Prime Minister Pedro Sánchez called for "an immediate return to democratic normality" in Brazil on Twitter. Italy's Prime Minister Giorgia Meloni also tweeted Italy's "solidarity with the Brazilian institutions" and emphasized: "What is happening in Brazil cannot leave us indifferent." 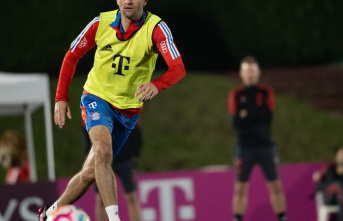