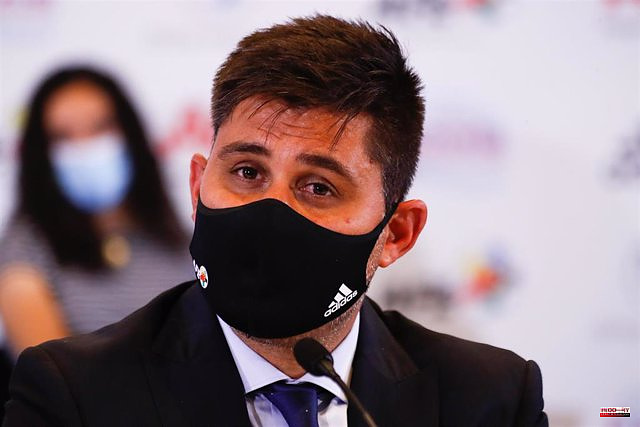 The Association of Spanish Soccer Players (AFE) has criticized this Tuesday the "dubious legality" practices carried out by the president of the Royal Spanish Soccer Federation (RFEF), Luis Rubiales, who allegedly commissioned the union president, David Aganzo, to spy on behaviors that the body has asked the Higher Sports Council (CSD) to investigate, as reported by AFE in a statement.

"From AFE we disapprove of this type of behavior considering that it harms the image of an institution such as the Royal Spanish Football Federation in particular, and that of Spanish football in general," began the text issued by the union in relation to the information of El Confidencial, from where they assure that Rubiales hired the services of detectives to spy on Aganzo's "conduct".

AFE pointed out that with this type of maneuvers, "more similar to practices of dubious legality", Rubiales intends to "coerce and intimidate" the role of the union within the field of soccer and "in the defense of its affiliates and affiliates." "The unions are institutions that defend the rights of workers, deserving recognition and respect, as underlined in article 7 of the Spanish Constitution," the statement requested.

"Given this information, AFE considers that an investigation with private detectives commissioned by the RFEF with the clear intention of intervening in the normal development of the daily life of the union is unjustifiable. It is an intolerable persecution of the highest representative of the group of soccer players of our country and a union in which its independence must always prevail," said AFE.

Thus, the union asked the CSD to open an investigation to determine if there has been a conduct typified in article 76 of the Sports Law, referring to serious or very serious infractions.

"At AFE we understand that forceful action must be taken against this type of action by an institution that acts by public delegation and that, therefore, has a projection of the public powers, which must intervene to safeguard the good name of football and of an institution of the importance of the RFEF", he expressed.

AFE explained that in this case there is "no legitimate interest" to hire the services of a detective company with the intention of investigating its president and there is a "spurious interest to damage his image, his reputation and that of the union he represents ".

Given the seriousness of what happened, AFE and its president, David Aganzo, are going to adopt legal measures, in addition to transferring their concern and rejection to UEFA, FIFA and FIFPRO (International Federation of Professional Soccer Players), understanding that there could be some criminal responsibility or disciplinary appeal to their respective codes of conduct," the statement said.

In addition, they recalled that there is a "similar precedent". "From the RFEF the audios of a work meeting were leaked, in which the RFEF did not ask the participating parties for permission to be recorded, for which the aforementioned federation, chaired by Luis Rubiales, was sanctioned by the Spanish Protection Agency of Data with a fine of 200,000 euros", he explained.

"We believe that episodes like this should be disapproved and the people who star in them should be outside the field of sport," settled AFE.

1 Surprise visit by Elizabeth II to inaugurate a metro... 2 The Generalitat appeals the order to apply 25% of... 3 Basque hip hop and folklore rhythms for the Basque... 4 Tolón says that she would be proud to be declared... 5 PSC, ERC and commons give Junts 24 hours to close... 6 Ximo Puig dodges parliamentary control during the... 7 Iturgaiz accuses Urkullu of placing businessmen "in... 8 Mazón advocates dialogue "firmly" between... 9 They ask for four years in prison for a police officer... 10 SMIC 2022: Mélenchon offers 1,500 euros, what dangers? 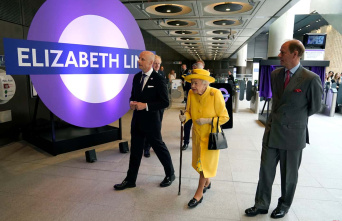 Surprise visit by Elizabeth II to inaugurate a metro...