With the mediation of the Junta de Castilla y León as the driving force, administrations - from the central government to municipalities and the regional Executive itself - and workers are seeking a meeting this Thursday afternoon with the company also present to try to find a "solution" that guarantee the future and jobs in Siro. 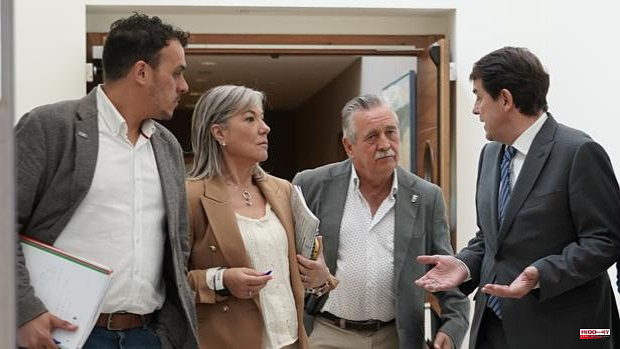 With the mediation of the Junta de Castilla y León as the driving force, administrations - from the central government to municipalities and the regional Executive itself - and workers are seeking a meeting this Thursday afternoon with the company also present to try to find a "solution" that guarantee the future and jobs in Siro. It is the “burning nail” that they cling to in a “critical” situation in which it is urgent to achieve an exit that allows the company to stay afloat, which drags a debt of more than 300 million euros.

The employees are willing to "renegotiate" the viability plan presented by Ceralto Siro Foods and which only received the yes from the Aguilar de Campóo plant, while those from Venta de Baños (Palencia) and Toro (Zamora) voted against.

A 'no' that, according to the firm, has led the investment partner to back down on its intentions to inject some 180 million euros in exchange for 75 percent of the shares, and has precipitated the "critical" situation in which is found, without paying the May salary and with the announcement that it will stop the productive activity in all its plants due to lack of liquidity.

A negotiation with a "short" period of maneuver, although "enough" so that the company does not further deepen its "critical" situation, has recognized the Minister of Economy and Finance, Carlos Fernández Carriedo, after the meeting this Wednesday of the president of the Meeting, Alfonso Fernández Mañueco, with the mayors of the three municipalities where the Siro plants are located and the representatives of the workers. The intention is that this appointment is this Thursday. Carriedo acknowledged that contacts have been maintained at all times with the agri-food firm.

A meeting of several bands, which includes the administrations in the work of "mediation, support and collaboration", but in which the main protagonists have to be the company and the workers, to try to bring positions closer together. "I think there is always a way out," said Fernández Mañueco between meetings.

This Wednesday's appointment in Parliament has served to verify that there is "will and interest" on the part of the staff to carry out this competitiveness plan. "For making an effort that, without a doubt, also implies a rapprochement and some resignations", recognized Carriedo, who has called for the "responsibility and collaboration" of all the parties "to make one last effort and agree on a competitiveness plan that give future to the company, to the activity and to employment».

The works councils will make an "effort" and will be "united" in this fight to "fight for the future of the workers", willing to "renegotiate" the viability plan and "provide solutions that allow the investment partner to enter, if there is such a possibility”. And it is that the doubts about the investment partner and the “lack of transparency” in the operation designed by Siro to wipe out his millionaire debt are the common feeling among workers and mayors, who demand clarity and accurate “information”.

1 Darío Villanueva: "In politics people have always... 2 Arrested in Barcelona another member of the Pakistani... 3 The five festivals in Galicia that you cannot miss 4 Solidarity days of Mountain in Castillo de Bayuela... 5 "Cowards. I will never forgive you »: a teacher... 6 The proclamation of Ángel Felpeto opens the most... 7 The EvAU exams start at the UCLM without incidents... 8 Page believes that "convergence" is necessary... 9 Scholz insists that the priority is to avoid a direct... 10 These are the cheapest daylight hours this Thursday 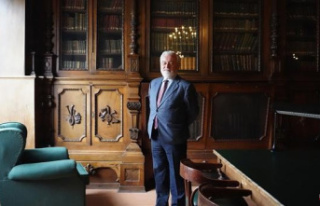