The mayor of Barcelona, ​​Ada Colau, announced this Thursday "with joy" and without any "doubt" "despite the personal costs" that she will stand again as a candidate for mayor of Barcelona in next year's municipal elections. 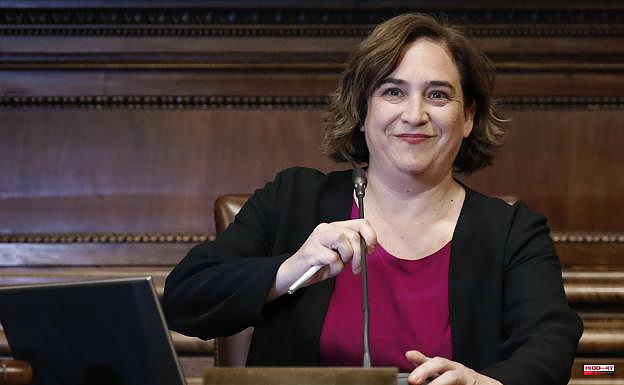 The mayor of Barcelona, ​​Ada Colau, announced this Thursday "with joy" and without any "doubt" "despite the personal costs" that she will stand again as a candidate for mayor of Barcelona in next year's municipal elections. If she wins, it would be her third and “last” term as head of the Barcelona City Council. Colau, coming from social activism, won the mayor's office in 2015 over Xavier Trias, from Convergència.

"I am more convinced than ever that it is worth fighting and winning a third term to consolidate our project," she stated at a press conference, together with the deputy mayors Jordi Martí and Janet Sanz. “I accept the proposal to return to being the mayor of the city, to win for its people, the Barcelona of the future that we want: a greener, fairer, more innovative and proudly diverse city”, she pointed out. Her goal is to improve the results of the two previous elections. "If I thought I would lose, I wouldn't run," she has said.

Initially, the Barcelona mayor promised for two legislatures, but her party, Barcelona en Comú, integrated into En Comú Podem, applied last Saturday an exceptional clause in its statutes so that it can opt for a third term. Colau, who has sometimes threatened to make the leap to national politics as a minister and who is one of the most outstanding supporters of the 'Sumar' project promoted by Vice President Yolanda Díaz, is the main electoral asset of the commons, who have not bet on an alternative candidate. The mayor governs in coalition with the PSC.

In the last elections, it obtained 10 councilors, one less than in 2015, and tied for first place with ERC. The Republicans were in first position, but they were unable to agree with any force on the investiture of Ernest Maragall. Colau, on the other hand, did obtain the support of the PSC and also of the three councilors that the former French Prime Minister, Manuel Valls, obtained in his jump to municipal politics. The commons and ERC, on the other hand, have agreed during the mandate. The republicans supported the accounts of the consistory, in exchange for En Comú Podem validating the Budgets of the Generalitat. A three-way move that also facilitated the ERC's support for the Central Government Budget.

The mayor of Barcelona, ​​Ada Colau, will soon have to appear as an investigator before the court, after the Barcelona Court ordered an investigating court to admit the complaint filed by a vulture fund that the judge had filed. Colau was denounced in 2020 by the firm Vauras Investments, dedicated to the real estate sector, since she considers that she was forced by the Barcelona City Council to give up some flats that she owned so that they were destined for social rentals. The building, known as Bloc Llavors, was occupied by families in a vulnerable situation.

This is the second open case against the mayor of Barcelona. Colau is being investigated (she has already declared before the judge) for alleged irregularities in subsidies granted by the Barcelona City Council between 2019 and 2020 to entities related to En Comú Podem. Colau is charged with the alleged crimes of prevarication, contracting fraud, embezzlement, influence peddling and prohibited negotiations with a public official.

The entity that presented the complaint -the Association for transparency and democratic quality-, which from the Colau environment links with the water management lobby, accuses the Barcelona mayor of signing arbitrarily and discretionally, without public concurrence and without justifying the public interest, a series of economic aid for entities related to the commons, such as the Desc Observatory, where the mayor herself worked before making the leap to institutional politics; Engineers without borders; the PAH, of which Colau was the spokesperson and his most visible figure; and the Alliance against Energy Poverty.

Colau will face Ernest Maragall (ERC) and Jaume Collboni (PSC) again in the election. Junts still has no candidate, following the withdrawal of Elsa Artadi's policy.

1 1,730 Ukrainian servicemen from Azovstal have surrendered... 2 Seven out of ten women want access to the pill without... 3 Why does silence bother us so much? 4 [PHOTOS] Montreal: a vehicle ravaged by arson in Rosemont 5 Is the Lloviu filovirus a threat to global health? 6 Let's get rid of this archaic function 7 This strange monarchical bond imposed 8 A mishap 9 Legal assistance reserved for people with cancer and... 10 It's Christmas every day! 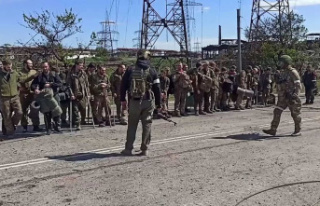 1,730 Ukrainian servicemen from Azovstal have surrendered...