The Provincial Court of Salamanca acquitted a Zamorano accused of sexually assaulting a young woman from Salamanca whom he met through a dating application. 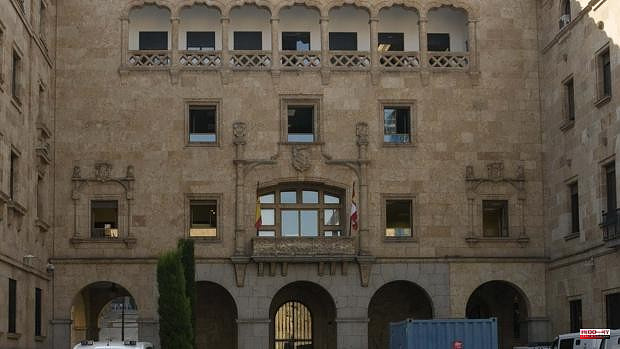 The Provincial Court of Salamanca acquitted a Zamorano accused of sexually assaulting a young woman from Salamanca whom he met through a dating application. The court, in fact, considers her responsible for the crime of which she was accused, although it applies a complete defense of criminal responsibility for drug intoxication, since, according to the sentence consulted by Ical, she had consumed a large amount of cannabis when they happened. the facts.

Not in vain, it forces him to compensate the victim with 3,000 euros in non-pecuniary damages, but exempts him from assuming the six and ten year sentences requested by the Public Prosecutor and the private prosecution, respectively. This amount, likewise, is far from the 16,000 euros claimed by the prosecution and the 12,000 that the Prosecutor's Office considered fair.

The defendant acknowledged in the trial, and this is considered proven in the sentence, that he woke up in the middle of the night penetrating the young woman. When she realized what happened and told him something that neither of them remembers, that's when she realized the situation and immediately left. Afterward, the young woman turned around in bed and continued to sleep until the appointed time to wake up. According to the sentence, the man would be in a "state of unconsciousness" due to the consumption of "between eight and ten joints" that he had shared with her.

The court recognizes that the accounts of the accused and the victim coincide in essentials. They had met through a dating app and he had come from Zamora to Salamanca to see her a few times. During these meetings, lasting a couple of hours, "they kissed, but without having sexual relations." Meanwhile, they maintained a fluid relationship via instant messaging.

In this way, one day they agreed that she would go to Zamora to be with him and spend the night at his house. After taking several walks through the capital of Zamora and having dinner together in a restaurant, they went home after midnight. They kissed and went to bed without initiating sexual relations, since both were very tired and had consumed cannabis, until 3:30 a.m., when the events for which the man has been prosecuted occurred.

The next morning, the young woman asked him for an explanation for what had happened and he did not know how to give an answer, but he took her back to Salamanca in his car. The sentence states that, in the following days, he said he felt very bad about what happened and that he sought therapeutic help.

The professional recommended, in fact, to get away from the young woman after which she went to the hospital in fear of a possible pregnancy or the spread of a sexually transmitted disease and filed the complaint five days after the events occurred.

1 Feijóo urges to negotiate a new regional financing... 2 Sánchez unleashes the outrage of police and civil... 3 The judge rejects that the Catalan Generalitat is... 4 The UPV and Janssen create a training and research... 5 5% or 20%? Five minutes to understand the controversy... 6 The keys to the aid of 200 euros per month per child... 7 The symptoms of monkeypox that largely affects children... 8 [PHOTOS] In Israel, robotic hives to preserve bees 9 Salary, conciliation and a good work environment,... 10 Five years in prison for falsely accusing her ex-husband... 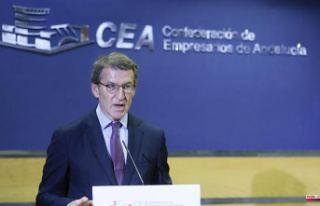