Accusations of negligence poison the mourning for the Uvalde massacre

A trickle of funerals, memorials and burials overwhelms Uvalde these days, the Texas town where an 18-year-old boy shot up an elementary school and killed 19 children and their two teachers. 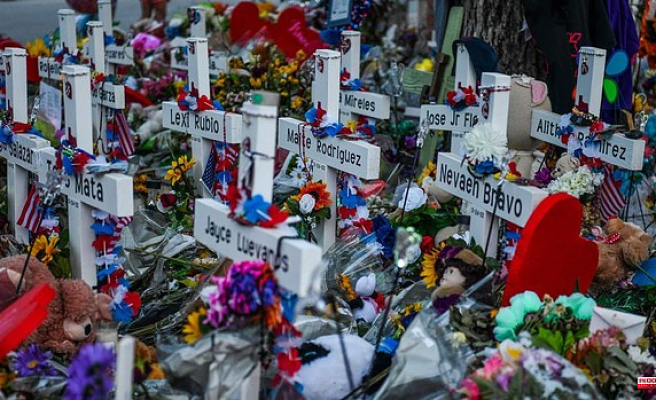 A trickle of funerals, memorials and burials overwhelms Uvalde these days, the Texas town where an 18-year-old boy shot up an elementary school and killed 19 children and their two teachers. The funeral will be scattered until the middle of this month, so that each of the victims can be remembered and mourned individually.

Yesterday morning it was the turn of Irma García, one of the teachers, and her husband, Joe García, who died of a heart attack the day after the massacre. Both left four orphans, a family tragedy that has caused a million dollar injection of donations so that the little ones can get ahead.

In the afternoon there was the funeral of José Manuel Flores, ten years old, a boy who loved baseball and who had the misfortune, like the rest of his classmates, of being in the class where the attacker unleashed an indiscriminate hail of bullets with a military-style rifle.

In Uvalde, mourning coexists with indignation at the police response to the tragedy - the attacker, Salvador Ramos, spent an hour barricaded in a classroom without the security forces restraining him - and with speculation and accusations about what allowed the slaughter.

This environment has caused the Uvalde police and the security body of the local school district to stop cooperating with the investigation of the massacre carried out by the Texas Department of Public Safety, as reported by ABC News.

This decision was made after the director of that agency, Steven McCraw, assured last Friday in a controversial press conference that the decision not to enter the classroom for the attacker for so long was "wrong" and contrary to protocol. police.

According to a spokesman for that organization, the Uvalde police chief submitted to an interview, but did not want to have a second meeting with the investigators.

In the last few hours, new details have also become known about how the massacre occurred, which has reopened the debate in the US about access to weapons - Ramos bought them legally - and about school safety.

It was known that Ramos had entered the educational center through a side door that should have been closed, with no possibility of being opened from the outside. It was also known that a teacher had opened that door shortly before the massacre.

At first it was believed that the teacher left it open by accident, which would mean a failure in the school's security protocols. The teacher's lawyer assured the local media 'San Antonio Express-News' that her client closed it and thought that she would be blocked.

The teacher had left the door ajar with a stone so she could bring food from a parked car into one of the classes. "She removed the stone and went back in," her lawyer said, when she realized there was an attack. The authorities have acknowledged that there are security recordings in which the door was seen to be closed. However, it was not blocked and Ramos was able to enter and carry out the shooting.

1 Portugal loses hope of making Joao Félix their leader 2 Spain to close the football course 3 Nadal and doubts about his future 4 Five ways to do eyeliner to enhance the look 5 Orlando Museum of Art sued for exhibiting fake Basquiat... 6 The new Memorial Center for the Victims of Terrorism... 7 Madrid, the city where ETA members and jihadists have... 8 Biden still without guest list one week before the... 9 A tailor-made boost for startups to take off 10 Drought exposes 3,400-year-old city on the banks of... 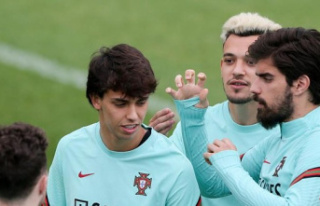